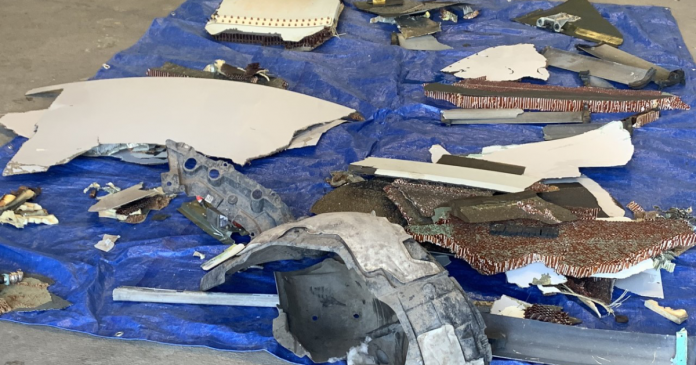 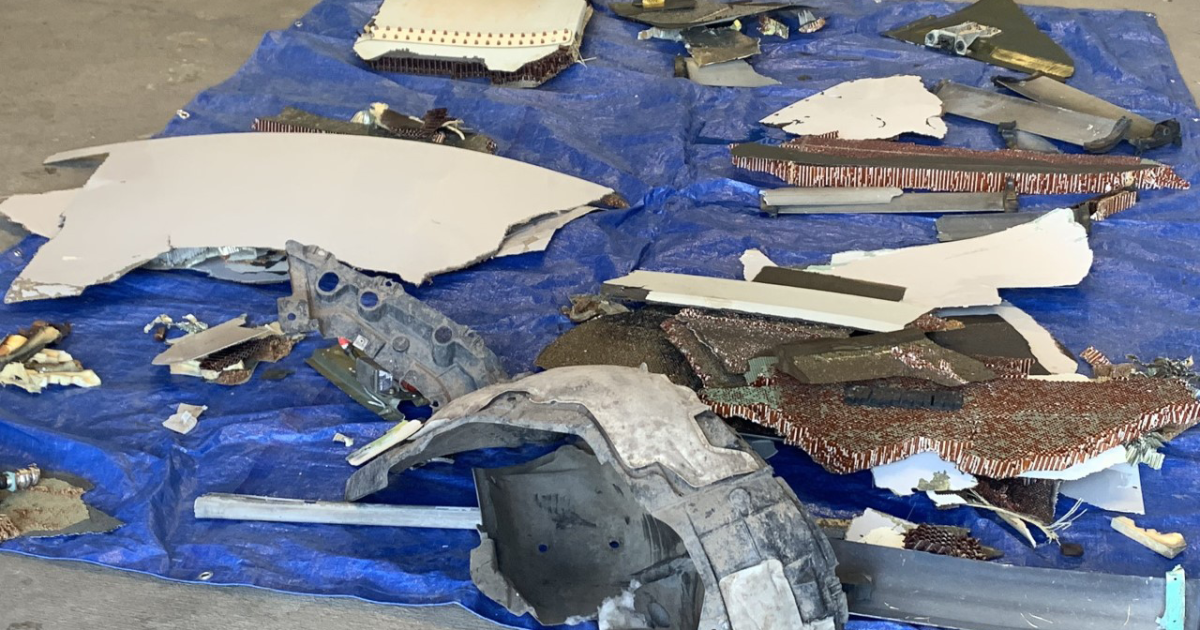 DENVER — Broomfield police shared photos Monday of the debris from the United Airlines engine they have collected following Saturday’s incident. Several pieces of flight 328’s right engine were spread out on a blue tarp.

The Boeing 777-200 made an emergency landing at Denver International Airport Saturday afternoon after its right engine sustained a contained failure just after takeoff.

The failure caused the engine’s inlet and cowling to separate, raining debris onto a wide area of Broomfield, affecting homes and property in the Northmoor and Red Leaf neighborhoods. Nobody on board or on the ground was injured.

Meanwhile, investigators with the National Transportation Safety Board released details of their initial findings, indicating extensive damage to the right-engine’s fan blades. The initial examination of the airplane indicated most of the damage was confined to the number 2 engine; the airplane sustained minor damage.

Safety experts say the investigation will focus on why the fan blades snapped and whether mistakes were made in manufacturing, maintenance or inspections. However, the NTSB did caution that it was too early to draw conclusions as to what caused the engine to fail.

The engine powering the aircraft is a Pratt & Whitney 4000 series. Federal aviation regulators are concerned about the hollow fan blades that are unique to that particular engine and issued an Emergency Airworthiness Directive, requiring immediate or stepped-up inspections of Boeing 777 airplanes equipped with these engines.

United Airlines has grounded 24 of its Boeing 777-200 airplanes with this engine following the flight 328 incident. The airline is the only U.S. operator with this type of engine in its fleet.

Aviation regulatory agencies in other countries have followed suit. Japan’s Transport Ministry instructed Japan Airlines and All Nippon Airways, which operate aircraft equipped with the same series of engines, to ground the Boeing 777s in their fleet.

Pratt & Whitney said it “is actively coordinating with operators and regulators to support the revised inspection interval of the Pratt & Whitney PW4000 engines that power Boeing 777 aircraft.”