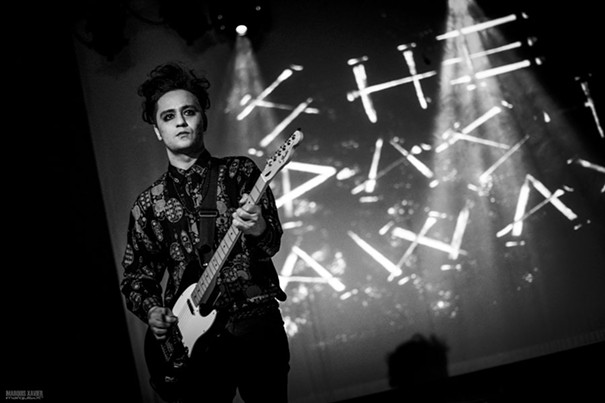 The Beatle-centric British Invasion may have been the first time that the UK dominated the rest of the music world, but it wasn’t the last. Subsequent international campaigns were waged by pioneering punk bands like The Clash and The Sex Pistols, followed by the less celebrated but nonetheless influential Gothic rock movement led by acts like Bauhaus and The Cure. It’s this last genre that has most obviously informed the music of She Past Away, a band based in Bursa, Turkey, that was formed by singer/guitarist Volkan Caner in 2006, and has since gone on to enjoy considerable success outside its national boundaries.

And while there’s no evidence of a Turkish Invasion going on at the moment — at least not on the musical front — She Past Away have already sold out a number of dates on their current American tour. In their early days, Caner balked at his band being characterized as Goth revivalists, but he’s since grown more accustomed to the term, even going so far as to cover Clan of Xymox in concert.

It’s also worth noting that She Past Away originals like “Asimilasyon” — which is rapidly approaching 3 million YouTube views — bear trace elements of other iconic bands: the lush guitar textures of The Chameleons, the staccato rhythms of Can and Joy Division. There are even nods to electro-pop icons Suicide, with Caner tossing a few Alan Vega-esque yelps into the mix. All of which appears to be working for a band whose future success may, to some degree, be contingent on its ability to re-create the past.

In any case, as our geographer-in-chief has pointed out, Turkey is many, many miles away from the USA, so stateside fans would do well to catch She Past Away before they retreat to their mother country.