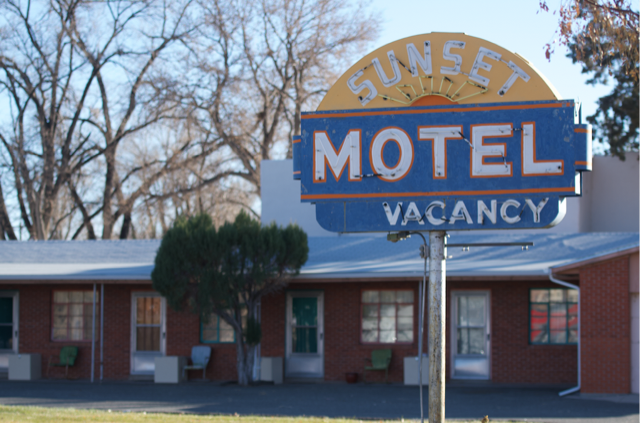 With financial backing from the city of Pueblo, POSADA has opened a non-congregate COVID-19 quarantine shelter for homeless individuals who test positive for the virus.

The shelter is already almost near capacity.

There are 14 homeless individuals quarantining at the 16-bed shelter, which has been set up since Nov. 24 at an old motel at 2124 Lake Ave., according to Kim Bowman, POSADA’s executive director.

And once the shelter hits capacity, nobody else can quarantine there until others move out.

There is some wiggle room such as being able to quarantine couples together, but the capacity is strict. Some hotels and motels have been contacted about their willingness to provide extra space, but so far none have committed to taking in COVID-positive individuals.

Bowman said the Centers for Disease Control and Prevention moving the recommended quarantine time for COVID-positive individuals from 14 days to seven to 10 days will help move people in and out of the shelter more quickly.

In November, Pueblo City Council approved an emergency ordinance to provide POSADA with about $15,000 from its Coronavirus Relief Fund to operate the temporary shelter.

There are amenities at the location such as miniature refrigerators and small microwaves in each room, and people are kept isolated from each other.

While the homeless population in Pueblo County wasn’t hit hard by the pandemic for the first several months it was here, there has been significant community outbreak since October.

“This is the day we’ve been waiting for and hoping we would not experience,” Bowman said. “We’ve been really lucky up until now.”

Bowman said operations at the shelter have gone well so far, though there was a minor issue in which a person had to be asked to leave because of their inability to self-quarantine.

“We’re working out the kinks, but things are going well,” Bowman said.

The agreement POSADA entered will see them operating the shelter until March 31.