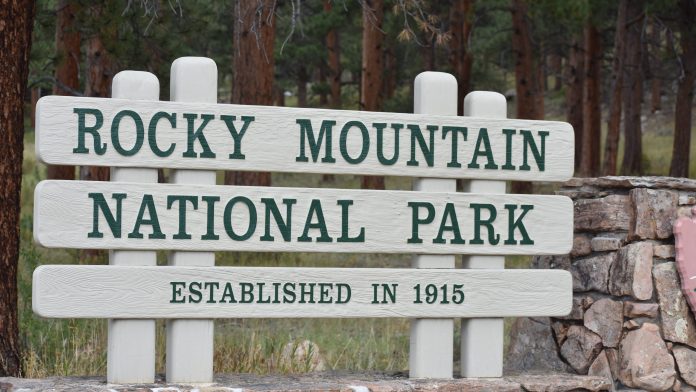 Update, 1:45 p.m.: Rocky Mountain National Park remains closed in the area of the Fall River Entrance Wednesday afternoon after a park ranger exchanged gunfire with a suspect reportedly involved in a vehicle pursuit earlier in the day.

A national park service law enforcement ranger contacted two people in a vehicle near the Fall River Entrance about 10:15 a.m. who were reportedly involved in a vehicle pursuit earlier in the day outside the park, according to park spokesperson Kyle Patterson.

During the contact, the ranger was shot but his ballistic vest protected him from serious injuries, Patterson said in an emailed update. The ranger exchanged fire and injured one of the suspects, Patterson said.

The park remains closed from outside the Fall River Entrance to Deer Ridge Junction while officials investigate. The Federal Bureau of Investigation will lead the investigation.

Larimer County Sheriff Justin Smith posted about the shooting on Facebook Wednesday morning to say that the sheriff’s office will provide assistance to federal agencies in the investigation.

The area remained closed as of 1 p.m., Patterson said.

Larimer County Sheriff Justin Smith wrote in an 11:45 a.m. Facebook post the incident was a shooting involving a park ranger. The incident occurred inside park boundaries, so federal authorities are leading the investigation and the sheriff’s office is providing assistance where requested, Smith wrote.

No additional information has been released by the park as of 1 p.m., but Patterson said more information would be released soon.