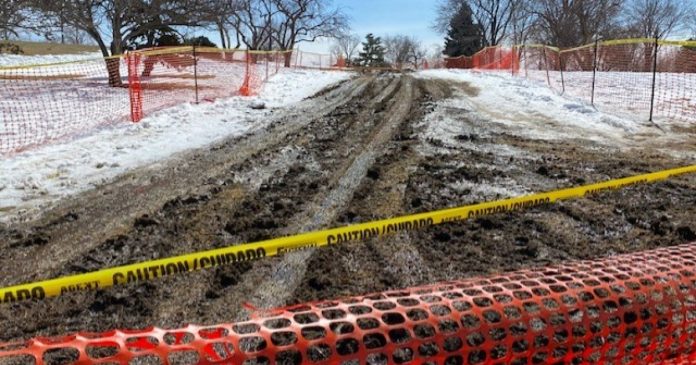 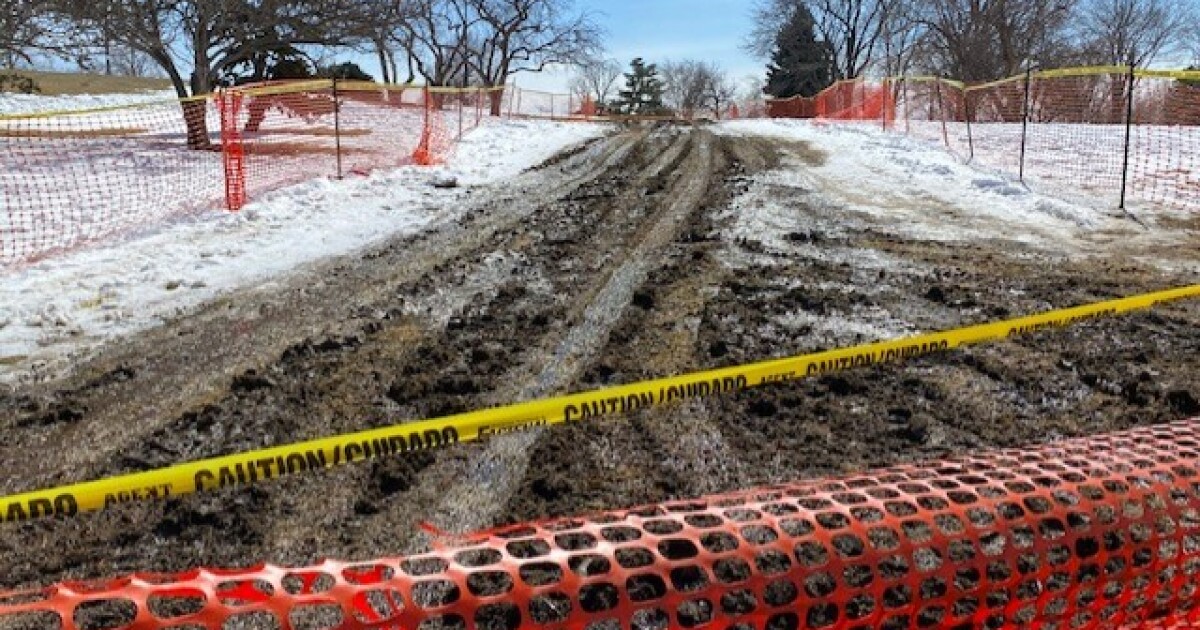 DENVER — Denver Parks & Recreation says it may cost upward of $100,000 to mitigate damage caused by zealous sledders who, instead of walking to the top of Ruby Hill Park the day after the big storm, decided to drive on the moisture-laden grass.

“This park is on a landfill, and there is asbestos underneath where we stand,” he said.

Gilmore said that years ago, before asbestos was regulated, old homes were torn down and the insulation, flooring and ceiling tiles were hauled off to landfills.

Some of those landfills are now parks.

In an effort to make parks more “pedestrian-friendly” during the pandemic, the City of Denver closed several streets to vehicular traffic.

The north entrance to Ruby Hill, at W. Florida Avenue and S. Osage Street, was one of those streets.

Gilmore said they had discouraged sledding earlier in the season, because it “conflicted” with a COVID-19 testing site that had also been set up in the park, and to keep people from congregating at the top of the sled run.

He said they didn’t want sledders sliding down into the testing site.

After the testing site was shut down, Parks & Recreation decided to allow a resumption of sledding.

The day after the big storm, hundreds of people decided to take advantage of the snow at Ruby Hill, but many didn’t want to walk to the top, so they skirted barricades and turned a large swath of grass into a roadway to the top parking lot.

Gilmore estimates there were 200 cars in the park on that day.

The damage left behind is causing a city-sized headache.

Gilmore said the damaged sod is very likely exposing asbestos and that mitigation will be very expensive.

He said they can’t even plant a tree at Ruby Hill without permission.

“We have to evaluate it. We have to test the soil. We have to do everything to make sure we’re not disturbing the soil of this park,” he said.

Several park users told Denver7 they had no idea it sits on a landfill, nor that there was asbestos under the sod.

“That’s very concerning. People should stay on the roads where they’re supposed to be parking,” said Dawn Hotop, who was at the park Wednesday with her family.

When asked his reaction to the damage, Gilmore replied, “this is not acceptable.”

He said some of the soil is going to have to come out.

“We have to pay extra just to dispose of the soil,” he said, adding they can’t just hire a regular landscaper.

“We have to hire someone certified to do this work and we’ll do the best we can,” he said. “We’ll get it back. That’s what we do.”

Still, he said he was not happy about the money that will have to be spent in this time of COVID-related budget and staff reductions.

“For me to have to have staff out here putting up fencing, when we’re trying to set up vaccination sites and run food pantries is hard,” he said. “We’re trying to keep things open and we’re having to deal with people that got too zealous and couldn’t find a different solution.”