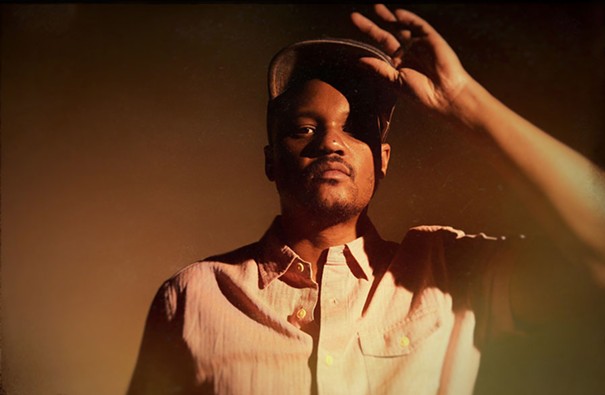 It’s one thing to produce a Grammy-winning EP for soul legend Mavis Staples; it’s another to get to be in the studio listening to her perform songs that you actually wrote. And while Son Little is too modest to brag about both accomplishments, he doesn’t take them for granted, either.

“It was a really joyful experience,” says the L.A. native, whose own vocal style begs comparisons to the smooth, soulful delivery of artists like Marvin Gaye and Sam Cooke. “I’m there in the studio, focusing on the work part, and then it’s like, ‘Wow, I’m watching Mavis Staples do my songs!’ It takes a moment to sink in, to realize that something like that is actually real.”

Born Aaron Livingston, the future Son Little grew up in a household where the gospel-soul records of the Staple Singers — which featured Mavis, her sisters Cleotha and Yvonne, and their father Roebuck “Pops” Staples — were never far from the turntable. A preacher’s son, he first started playing music on a piano that was tucked away in the basement of his dad’s church. “Since it was the basement, it didn’t have that church echo,” he recalls, “but I could just go down there and zone out. I didn’t really know how to play, so I would just play by ear and improvise a little bit. Later, I started taking saxophone lessons, which is how I learned to read music. And then I switched to guitar, because I just got lazy, I guess.”

Livingston has since proven himself to be a chameleonic musician. He first became known for his work with electronic dance music luminary RJD2 in the duo Icebird. He’s since been featured as a guest vocalist on two albums by The Roots, as well as tracks by rapper Hezekiah and indie-rock band Portugal. The Man.

In 2015, a year prior to taking home that first Grammy, Livingston released his first album as Son Little, which Consequence of Sound lauded for “bringing the blues back to rhythm and blues.” NPR, on the other hand, declared that “Son Little’s self-titled debut album is nu-soul, not neo-soul, and the distinction is drastic. Little doesn’t strive to reproduce his influences; he recombines them into something new.”

“Okay, that’s interesting,” says the bemused artist. “But if that’s the distinction they’re making, I guess it makes sense. The term neo-soul has always sounded weird to me, anyway — I mean, it’s got neo in it. But nu-soul?” he laughs, “I kind of like that. Still, I’ve been doing this for, what, 20 years? And to me, soul is just soul; either it is or it isn’t.”

On Son Little’s new Invisible EP, which was released last month on Anti- Records, he continues to handle all the vocal and instrumental parts himself. But the record does find him working, for the first time, with an outside producer. Renaud Letang, known for his recordings with Feist and Manu Chao, manned the console, resulting in a stripped-down sound that goes heavy on old-school instruments, although the occasional synthesizer does find its way into the mix.

“I just think of synths as another color in the palette,” says the musician, who’ll be releasing his third full-length album, aloha, in late January. “Friends and I used to go to this store in New York where they had all these vintage synthesizers, literally stacked on top of each other like sardines. And back then, nobody really wanted them. So we’d always go in there and mess around with them, and then we each ended up buying one.”

These days, the musician has also been known to cover songs by Bob Dylan and Joan Baez.
“I started getting all these invitations to play folk festivals,” he explains, “even though the electronic part of my show was really heavy at that point. And I kept wondering, ‘Why do these folk festivals want me to play there?’ But as I was doing that, it really made me start thinking about folk music because, in a way, it incorporates everything. I mean, what’s folk music besides music that the folks make? So I look at blues and hip-hop as folk music, too. When you take away all the trappings, it’s really just chords and a bunch of words.”