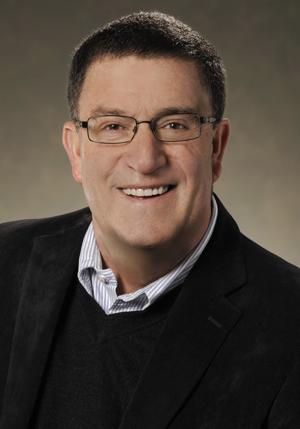 All of us need reliable friends. We take companionship where we can find it. In some cases, that camaraderie comes in the form of correspondence. Ergo, the term pen pal.

For much of the past year, I have been heartened to have my very own such pal. He writes me regularly, multiple times a day.

He continues to write – and write and write – even though I never respond. That has no effect on him. He is just that rare kind of man, ceaseless in his desire to keep in touch. No reciprocation necessary.

Over time, I have come to realize that my correspondent is an older man wanting to relive his glory years and not always grounded in reality. Some of his letters reek of braggadocio. I get it — it can be hard to let go. Other dispatches teem with a consuming resentment. I shake my head but understand that not everyone has it within them to age with grace.

Several times a day, my pal feels sufficiently comfortable in our relationship to ask for help, invariably in the form of money. I continue to demur, not wanting to build a dependency.

My letter-writing mate used to be sort of a big deal before he retired to a golf resort in Florida. I guess there was a dustup (something about trying to overturn the results of an election and even inciting people to overtake the Capitol) and he lost his Twitter account.

Deprived of that, he reverted to older technology, putting out press statements whenever the mood struck and sending me endless emails.

Indeed, my pen pal is none other than Donald Trump. I would like to think that our relationship is special and exclusive, but something tells me he might be working off a list and sharing his affections with others, too.

He seems to have a number of email accounts. This past week, I received a note, so thoughtful, from just “yours truly.”

One word he does not use is “former.” Instead, he refers to himself as “45th President of the United States of America.” Whatever helps you get out of bed in the morning, I guess.

In just the last few days, I have received dozens of emails with his “Complete and Total Endorsement” of this or that candidate. Invariably, they are lauded as strong supporters of “America First, Secure Borders, the Second Amendment and Election Integrity.” He does like capital letters. His suggestions are so helpful were I in doubt about who to vote for in Texas or Florida or Michigan or a whole bunch of other states in which I don’t reside.

I am sad to report that he must be in a sour mood today as I just received one with the subject line, “I’ve received NO apologies, NO retractions, nothing.” Maybe he found some relief on the driving range.

He is certainly a man of mixed emotions. As yesterday, I got one headlined, “President Trump’s Greatest Hits” with an opening sentence, “Who knew one escalator ride could bring so much greatness to the American people?” He even included a video clip of him riding the Trump Tower stairway to his announcement speech.

Over the last few weeks, I have received so many fun letters from the “Trump Christmas Store” with the chance to purchase all manner of holiday gifts. This is such a stressful time of year and he just wants to make my shopping easier.

For only $75, I could have bought a Trump Save America Christmas tree ornament in the miniature shape of one of his trademark MAGA caps. Or a Trump 2022 Calendar could have been mine for a mere $45. I missed out on that one as he was only holding it for me for 45 minutes before he gave it to “the Next Patriot in line.”

So it goes. Perhaps I will have to wait for a Trump steak. If he is still in that business.

My personal favorites are those notes, at least once a week, in which he clarifies for any who has been confused that the insurrection took place on Nov. 3 (Election Day) and what occurred at the Capitol on Jan. 6 was just a protest. That, my friends, is marketing genius.

Everyday, there are a bunch of ICYMI emails (“in case you missed it,” for those who don’t live their life online) linking one article after another critical of President Biden. It leads me to think that my correspondent does not really care for his successor. He is about as fond of Biden as he is of Liz Cheney. Or anyone else he perceives to have crossed him.

Then, there are those relentless money requests. Some suggest that the degree of my patriotism is a function of how much I donate. Okay, I am not sure that is what Washington, Jefferson, Hamilton and Paine had in mind, but times evolve.

On a daily basis, solicitations come with promises of varying degrees of impact. One hour, it is “300% IMPACT”; a little later, it is up to “450% IMPACT.” Recently, I could have had a “10X IMPACT.” How do they manage that?

Don, Jr. writes on occasion to ask what he should tell his father when they review the latest list of donors and my name is not there. And I have been nicely invited to be backstage at various Trump rallies, complete with free airfare and hotel, only to read the fine print that a donation of at least $200 would get my name entered in a drawing.

Occasionally, I will feel my intelligence insulted or just pulled down into a pit of grievance. But then a few minutes pass and another message arrives from my old chum, and my curiosity is piqued again.

Anyway, thank you, “45th President of the United States of America” (never “former”), for your thousands of messages this past year and for making my in-box such an entertaining place.

I hope Christmas treats you well and that whatever present Don, Jr. gets you is one of at least 650% Impact. Maybe more.

Eric Sondermann is a Colorado-based independent political commentator. He writes regularly for ColoradoPolitics and the Gazette newspapers. Reach him at EWS@EricSondermann.com; follow him at @EricSondermann