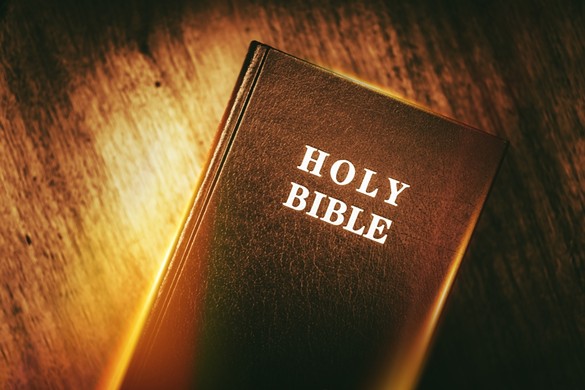 Commanders of the nation’s newest branch of the military, the U.S. Space Force, will swear to God when taking their oath, which a watchdog agency says violates the U.S. Constitution.

According to Military.com, religious leaders at the Washington National Cathedral blessed the Bible for use by the Space Force in swearing in leaders, though it’s not clear whether all personnel will swear by the Bible when taking the oath as service members.

The new military branch was created by redesignating Air Force Space Command in Colorado Springs as the U.S. Space Force.

Using a Bible in this way runs contrary to Air Force Instruction 1-1, which states that military leaders “must ensure their words and actions cannot reasonably be construed to be officially endorsing or disapproving of, or extending preferential treatment for any faith, belief, or absence of belief.”

The act of designating the Bible as the official tool for swearing ceremonies naturally incensed Mikey Weinstein, founder and president of the Military Religious Freedom Foundation, who issued this scathing statement in response:

The Military Religious Freedom Foundation (MRFF) condemns, in as full-throated a manner as is humanly possible, the shocking and repulsive display of only the most vile, exclusivist, fundamentalist Christian supremacy, dominance, triumphalism and exceptionalism which occurred at yesterday’s ‘blessing’, at the Washington National Cathedral, of a sectarian Christian bible which will apparently ‘be used to swear in all commanders of America’s newest military branch (ie. The United States Space Force).” MRFF noted with additional disgust and disdain the willing and all-too visible participation of a senior USAF officer, in formal uniform, during the travesty of this sectarian ceremony which tragically validates the villainy of unadulterated Christian privilege at DoD and its subordinate military branches. For the record, military commanders are NOT ever “sworn in” to their positions let alone with the usage of a Christian bible or other book of faith. And especially not in 2020!!

MRFF is currently receiving a multitude of new complaints from outraged DoD military and even civilian DoD personnel, as well as veterans, regarding this unmitigated, unconstitutional horror. MRFF will be lodging a formal complaint to Mark Esper, the Secretary of Defense. Further, MRFF will be assiduously assisting its clients to also expeditiously make formal Inspector General (IG) and Equal Employment Opportunity (EEO) complaints to the DoD chain of command hierarchy to stop this train-wreck disaster in its stinking tracks from ever even leaving the station.

If MRFF’s fervent attempts to exhaust all DoD administrative remedies to eliminate this fundamentalist Christian tyranny and oppression fail, MRFF will plan to stop this matter in Federal court in Northern Virginia. The utilization of a Christian bible to ’swear in’ commanders of the new Space Force or any other DoD branch at ANY level is completely violative of the bedrock Separation of Church and State mandate of the First Amendment of the U.S. Constitution and also violates Clause 3, Article 6’s total prohibition of No Religious Test for any Federal Gov’t position. Additionally such blatantly scurrilous activity violates a slew of critical DoD directives, instructions and regulations.

We asked Rep. Doug Lamborn, R-Colorado Springs, who’s been an ardent supporter of the Space Force concept, stood up recently by President Trump, for a comment on the controversy emerging from using the Bible in military swearing ceremonies.

If we hear back, we’ll update.