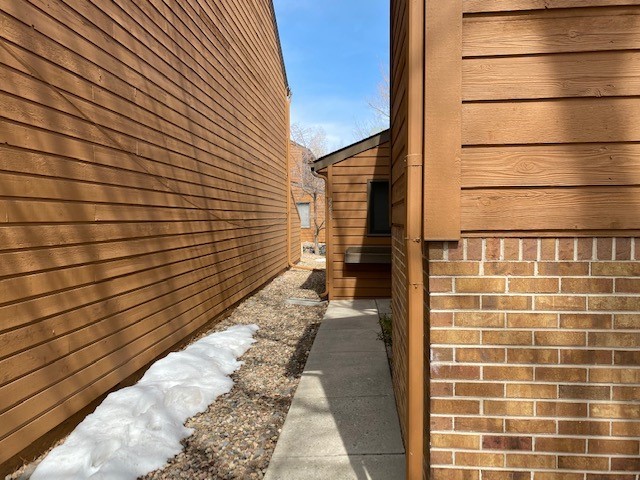 THORNTON, Colo. — Lucille Ulibarri bought a condo in Thornton’s Peachtree complex in December and three months later, she got stuck with a special assessment for storm damage that occurred in 2018.

Ulibarri said she was looking to downsize.

“I fell in love with the condo, it was perfect for me,” she said. “I wanted to start a new life after I lost my mother.”

On March 6, Ulibarri received notice about a $9,546 special assessment for hail damage that happened nearly three years before she purchased her condo.

She said she was flabbergasted.

“I am disabled. I am unemployed now that my mom has passed away because I was taking care of her, and now I don’t have a job. Now, they expect me to come up with that kind of money and I don’t have it,” she said.

Ulibarri said no one told her that her HOA was in litigation with its insurance company, or that a special assessment was possible.

Her eyes welled with tears as she expressed her concerns to Denver7.

“The reason I’m so emotional is I bought this condo with my parent’s help,” she said. “The house I lived in belonged to my parents and they left it to me to help me because I took care of them both.”

She said she sold her parents house and used the cash to buy her condo.

She said her first thought was, “Oh my gosh, how am I going to come up with the money?

She said nothing about an assessment was mentioned at closing.

Hogan said her insurance won’t cover her assessment because she didn’t live there when the hail damage occurred. She purchased her condo in late 2019.

She said she talked with an attorney and was told the HOA could put a lien on her house.

“I even heard they can foreclose on my house, and I can’t let that happen,” she said.

“Nobody’s gonna drive you out of the property,” explained Anthony Rael, of RE/MAX Alliance. “That assessment can be tacked onto your title. Basically, they’ll put a lien on your property, and when you go to sell the property in the future, if you have not taken care of that, they’ll take it right off the top, so the lien can be removed and you can properly sell it to the next person.”

Rael, a member of the Denver Metro Association of Realtors, said when it comes to special assessments, if any have been levied prior to closing, or negotiated, if notice has been served — whether the work has been done or not — the seller is required to disclose that information.

He said it is the responsibility of the seller to outline all documents, HOA board minutes, bylaws, reserves, and any pending litigation obtained by the title company and given to the buyer’s agent.

Rael said the buyer has an obligation to review those documents to see if there is any mention of special assessments.

“At some point, if you read through the Board of Directors meeting minutes, there’s probably some kind of conversation that talked about, ‘Hey, there’s litigation pending,’ or ‘Hey, look, we have this result with the insurance company, but there’s just not enough money to take care of it, therefore it’s going to become their responsibility,'” he said.

Rael added if the seller knew about the special assessment and failed to disclose it, then you have an issue.

“And of course (you) have to get the legal folks involved,” he continued.

Kristin Boyd, the owner of HOA Matters, the company that manages the Peachtree HOA, said the seller didn’t know there would be a special assessment.

Boyd said the June 2018 hail storm totaled the roofs at the Peachtree complex, so the HOA filed a claim with Travelers Insurance.

“By the time the claim was filed, a second storm had hit,” she said.

Boyd said the deductible was just 3% during the first storm, but rose to 5% when the second storm hit.

The case went to court and was litigated for two years.

That figure was divided equally among the 28 properties.

She said the assessment is against the property, not the owner.

Boyd said the special assessment notice wasn’t sent earlier because they had no idea how much it would be, since the case had been tied up in court for two years.

“We are not here to be the bad guy,” she said. “We’re here to offer solutions.”

Boyd added that the roofs have to be fixed.

“If the roof is not repaired, it could become uninsurable and then our hands would be tied,” she said.

Rael said the takeaway is that you really have to pay attention to all these things at closing.

“I know you’re on information overload as things are coming at you. There are documents to sign here and sign there, so what you need is an agent on the buyer’s side,” he said. “I think if you as a buyer have not received any notification from a listing agent, or a seller at any point during the transaction, and then the HOA status letter comes over from the title company, and there’s no notification there, and then out of the blue you get an assessment, I think you need to contact an attorney.”