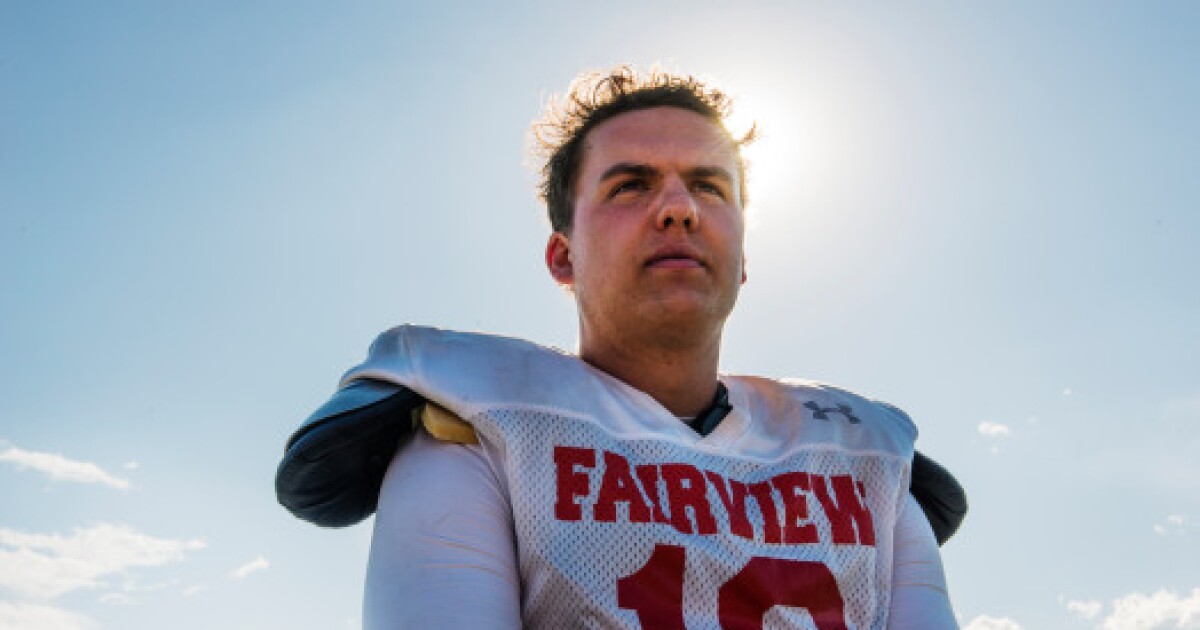 BOULDER, Colo. – A standout high school quarterback from Boulder has been arrested on sexual assault charges, according to jail records.

Aidan Atkinson, 18, a senior at Fairview High School, faces multiple charges, including three counts of sexual assault, attempted sexual assault and five counts of unlawful sexual contact. He was booked into the Boulder County Jail shortly after 8 a.m. Friday, according to online records.

Boulder police in a news release Friday provided information about the arrest of a sexual assault suspect, whose charges matched the charges Atkinson is facing. Police said the alleged assault happened on a party bus in Boulder in September 2018 and involved multiple female victims.

Police did not name Atkinson in the news release, saying the suspect was a juvenile when the alleged assaults happened.

Atkinson was the 2018 Colorado Gatorade Player of the Year and is committed to play college football at Northwestern. He is ranked as the No. 3 quarterback recruit in the state and 14th in the country, according to 247 Sports, a college recruiting website. Last year, he set a state record with 55 touchdown passes.

Boulder Valley School District spokesman Randy Barber said Atkinson would not be playing in Fairview’s playoff game against Cherry Creek on Friday night. Barber said the district learned of the charges on Friday but could not comment further on the allegations.

The school district is working with police, Barber said.

Detectives interviewed witnesses and victims, police said, and the victims were also juveniles when the assaults happened.

The suspect turned himself in on Friday, police said. Investigators are seeking any additional witnesses who have information about the incident, including video or pictures.

More information about the case was not released.

Anyone who may be a victim in the case or witnesses the incident is asked to contact detective Kara Wills or detective Sarah Cantu at 303-441-3482.
Anonymous tipsters can contact Northern Colorado Crime Stoppers at 1-800-222-TIPS (8477), or the Crime Stoppers website, www.crimeshurt.com .