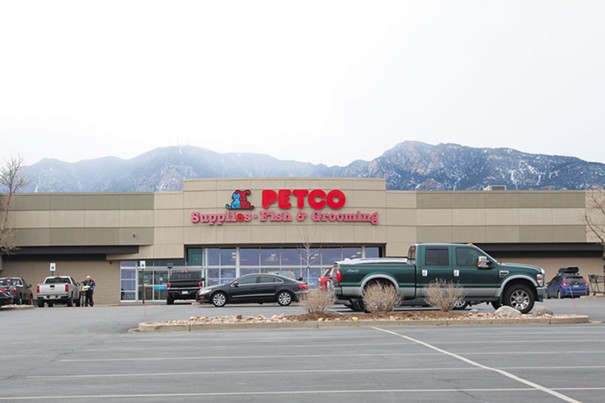 Two Colorado Springs Petco stores failed state inspections — and a third was found to be non-compliant — between January and July of this year, according to documents from the state Department of Agriculture obtained by People for the Ethical Treatment of Animals, better known as PETA.

PETA announced Dec. 10 that a total of 12 Petco stores in Colorado had more than 80 violations under the state’s Pet Animal Care Facilities Act (PACFA) program. This also included stores in Fort Collins, Dillon and the Denver area.

“At Petco, our commitment to the well-being of pets in our care is unwavering and a responsibility we take very seriously. We take pride in our industry-leading standards for animal care and safety; and anytime a concern is reported to us, we immediately investigate, and take swift and appropriate action to understand and resolve the situation. The concerns identified by the Colorado Department of Agriculture are no exception.”

The Colorado Springs stores cited for violations included one on Cheyenne Mountain Boulevard near Lake Avenue, another on Powers Boulevard near Carefree Circle, and a third northwest of Nevada Avenue and Austin Bluffs Parkway.

PACFA opened an investigation into the Cheyenne Mountain store as well as New Hope Rescue, the organization that Petco store works with to host adoption events. After discussions with Petco and New Hope Rescue, the complaint about inadequate paperwork for cats was closed, state records show.

The Nevada store had also adopted out several kittens under 12 weeks old without documenting weight, a July inspection found. It was not immediately clear whether that store works with New Hope Rescue as well.

All three stores were also cited for not maintaining proper paperwork on animals imported from other states.

Under PACFA, pet animals (excluding reptiles, fish and rodents) from outside Colorado need a Certificate of Veterinary Inspection from an accredited veterinarian prior to the animal’s arrival.

Inspectors found in July that the Cheyenne Mountain store did not have proper paperwork for ferrets brought from out of state. Likewise, the Nevada store didn’t have a valid health certificate for ferrets.

Meanwhile, a December 2018 inspection at the Powers store revealed the store failed to correct an issue found during a previous inspection: health certificates for birds transported over state lines.

Pet stores are also supposed to provide an informational brochure about the dangers of rabies infection and the benefits of rabies vaccination, and have each customer who buys a pet sign a form acknowledging they’ve reviewed the brochure.

But the Cheyenne Mountain store “had adopted out several ferrets without the buyer signing advising they had received the rabies education brochure,” a state investigator found in July. She added: “Based on the records provided for cat adoptions, no rabies brochures are being provided.”

During a separate July inspection, the Nevada store adopted out a kitten without having the buyer sign the rabies form, according to the state documents.

All three stores also had issues documenting dates of birth for certain animals.

At the Northglenn store north of Denver, for example, “workers failed to provide a thin leopard gecko with veterinary treatment over nine days,” PETA’s statement says. “The animal lay motionless for at least two days before dying. No veterinary care was provided for a ferret with a prolapsed rectum — a painful condition — and a suspected upper respiratory infection. That animal also died, purportedly as a manager finally drove the ferret to care.”

PETA has asked the Northglenn Police Department to investigate that Petco store.

Petco, meanwhile, says it has “an almost entirely new store team” in that location.

“We conducted an immediate and thorough investigation and found issues that were unacceptable and not aligned with our standards, all of which have since been addressed and corrected,” the chain’s statement says of the Northglenn store.

Daniel Paden, PETA’s vice president of evidence analysis, says PETA requested the records from the Colorado Department of Agriculture under the Colorado Open Records Act in July and didn’t receive them until November. But despite the long delay, Paden says it should be noted that Colorado is the “only place in the U.S. that has anything like this,” referring to the PACFA program for inspecting animal care facilities.