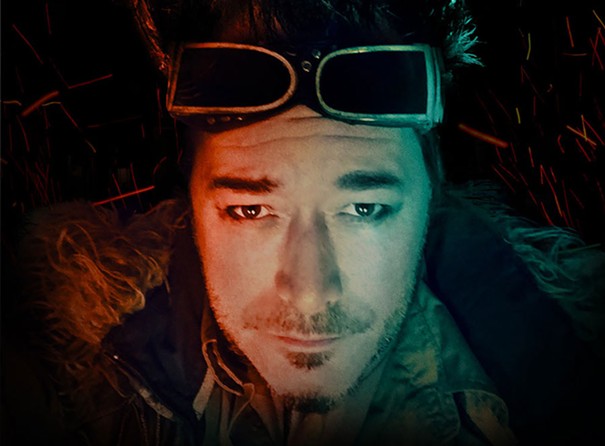 In a world where nostalgia for an idealized past is promoted by political and corporate interests, the steampunk movement deserves credit for maintaining a wide-eyed DIY approach that puts playfulness over profit.

The subculture’s origins can be traced back to The Difference Engine, the 1990 alternative-history novel in which cyberpunk pioneers William Gibson and Bruce Sterling envisioned a Victorian London where Babbage’s steam-powered computer was successfully mass produced, with less-than-desirable consequences. Other novelists, including John Shirley and Gail Carriger, undertook similar experiments, in the process inspiring a postmodern fashion aesthetic that’s part science fiction cosplay, part historical reenactment.

It was only a matter of time before musicians got in on the act. Abney Park were among the genre’s earliest practitioners, performing as the feature act at the first proper steampunk convention in 2006. A former Seattle-based goth band, they donned the flight goggles, corsets and other accoutrements of the steampunk scene, earned a rapturous reception, and never looked back.
“I think steampunk is really approachable,” says Abney Park frontman “Captain” Robert Brown, whose deep baritone vocals easily fit into both gothic and steampunk music. “It never really alienates anybody in the same way that the cyberpunk, industrial or gothic scenes would. Those subcultures are all very dark, while steampunk — although it can also be very dark and gritty — tends to be more lighthearted. It’s also really easy to do steampunk; you can be at any skill level and still pull off the look.”

But while the subculture’s fashion is highly recognizable, what constitutes steampunk music is much harder to pin down. Brown is fine with that.

“When we first converted to steampunk, the word really only applied to about four novels,” recalls the musician, who’s written three steampunk novels of his own, along with an accompanying coloring book. “There were no subcultures, there were no conventions, there was nothing like that. So we had carte blanche to do whatever we wanted.”

For Abney Park, that meant embracing a wide range of musical elements, including gypsy violin, Middle Eastern rhythms, industrial angst, and a bit of gothic solipsism. In the years since, they’ve toured extensively overseas, and become especially popular in Russia and Eastern Europe.

“Just like with the fashion, the idea of steampunk music is to take these old styles of music and make an amalgamation with new styles,” says Brown. “Often, we will sample from old hand-cranked gramophones, playing lacquer records and making loops from the music of the 1900s. And earlier this year, we released a whole album of cover songs from 1903 up to about 1940, taking these very old-time songs — ‘Take Me Up in Your Airship, Willie,’ ‘I’ve Got a Pocket Full of Dreams’ — and doing them in a modern style. We also have a calliope in our song ‘Circus at the End of the World,’ and if you watch the music video, you’ll see that it shoots flames from the top of it.”

All of which is a far cry from the doom and depression that’s associated with the scene where the band got its start. “One of the things we were critiqued for by some of the gothic magazines was that our music wasn’t dark and depressing enough,” Brown recalls. “But in my mind, gothic music and steampunk are both children of the same mother. Gothic music, before it evolved, was sort of Victorian horror at its very root, while steampunk is in essence Victorian-era science fiction.”

That said, Brown still has a soft spot in his heart for gothic-rock’s pioneering artists. “A couple of years ago in Germany, we actually opened for Peter Murphy, who’s the founder of Bauhaus, and that was a dream come true,” he says. “And later, I sat in a bar, two bar stools away from Peter Murphy, and I was too shy to start a conversation, I was just so flustered to be sitting so near my idol.”

So what is it that attracts Brown to a time and place that gave us sexual repression, rampant grave-robbing and Jack the Ripper?

“It doesn’t take a very deep look to see that there were things wrong with society in the Victorian era,” he acknowledges. “But the aesthetic was so substantial and so elegant and so rich. And I think one of the things that’s really attractive about steampunk is the way that you can really re-envision the Victorian era, but eliminate the sexism, the racism, the classism. In your imagination, you can drop all of that, while keeping the gorgeous aesthetics and the sense of adventure. There was just so much that was romantic about the era. And it’s wonderful to fantasize about a world yet to be discovered and explored.”