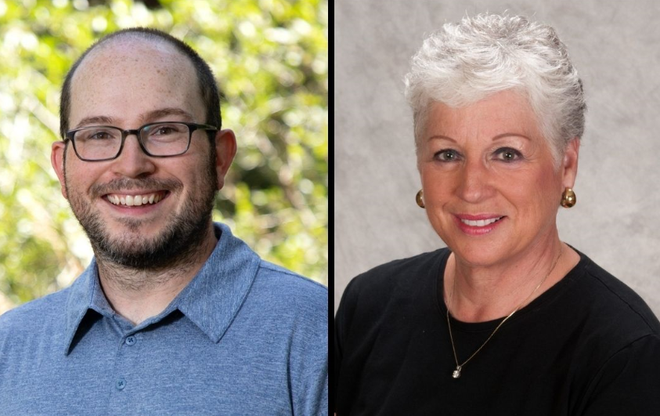 Editor’s note: Covering an election is more than just reporting the results. We at the Coloradoan have been pleased to bring you information on the candidates and the issues these past two months. But we can’t do that work without help from you. Please support the Coloradoan with a digital subscription today.

Susan Gutowsky, the only incumbent seeking re-election to Fort Collins City Council, appears to be on track to keep her seat representing District 1.

If her lead holds, this will be Gutowsky’s first full four-year term on council.

Gutowsky said the race was tighter than expected, but she declared victory early Wednesday morning.

“I’m thrilled with tonight’s results and appreciative my constituents chose me to represent them for another four years,” she said.

Armstrong was not ready to concede the election. “It’s too early to declare victory or defeat,” he said. “We need to give the process time to play out.”

While the existing margin is small it does not fall within the mandatory recount window of  one-half of 1% of the top candidate’s total votes. The vote tally would need to be within 17 votes to trigger a mandatory recount.

Armstrong could request a recount but he hasn’t made any decisions. “I fully intend to allow them (City Clerk’s Office )the time to do what they need to do. We as a community should expect that.”

He was not surprised by the close race. “Having walked over 250 miles and knocked on every door in District 1 I know many of my neighbors don’t feel listened to and don’t feel empowered,” he said.

The difference of 34 votes should make it “really clear that District 1 has two large contingents of neighbors that have different priorities,” he said. What unites the district is their concerns about the “quality of life of their neighbors.”

How that plays out on council will be key, he said.

Gutowsky was first appointed to council in January 2019 to fill the seat left by Bob Overbeck after he was elected county assessor. She won the seat outright three months later, filling the remaining two years on Overbeck’s term.

District 1 covers almost all of Fort Collins northeast of the intersection of Drake Road and College Avenue, including the northernmost reaches near Richards Lake.

Gutowsky said her top priority will be working on recovering from the pandemic “and making every effort to bring us back stronger.”

Armstrong technically outraised Gutowsky, but he self-funded about half of his campaign. Gutowsky raised more from donors, according to the latest campaign finance reports.

During her tenure Gutowsky was on the losing side of a vote supporting the pipeline associated with the Northern Integrated Supply project, and has sided with residents concerned about the proposed Montava development, lockers for homeless people at the Fort Collins Mennonite Fellowship and use of the Northside Aztlan Community Center as an emergency homeless shelter.

She supported council’s efforts to create a legal defense fund for immigrants and put to voters a single-use plastic bag ban that passed Tuesday.

Armstrong, who lives on the northern edge of District 1 in the Maple Hill neighborhood, built his campaign around connectivity including trails, sidewalks and infrastructure for walking, biking and public transit.