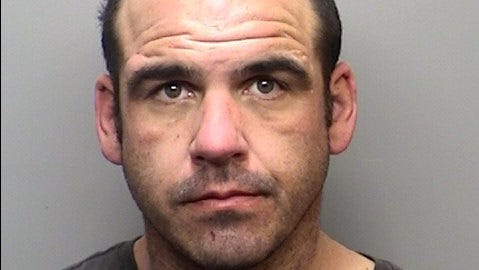 A man was arrested Thursday in connection with a stabbing on East Mulberry Street in Fort Collins.

Kurt Graham, 37, was arrested about 9 p.m. Thursday after Fort Collins police were dispatched to investigate reports of him trying to open car doors in the parking lot of Walmart, 11250 E. Magnolia St., according to a news release from the Larimer County Sheriff’s Office.

Graham was soon identified as the suspect in a stabbing that occurred that morning about three miles away, according to the sheriff’s office.

About 8:52 a.m. Thursday a hotel clerk at Baymont Inn, 3808 E. Mulberry St., reported a male guest had appeared in the hotel’s lobby with a stab wound to his chest.

The victim, 35, was transported to an area hospital where he is expected to recover, the sheriff’s office said.

By the time deputies had arrived on scene of the stabbing, the suspect — soon identified as Graham, an area transient and known associate of the victim — had fled the scene.

Graham was later identified by Fort Collins police officers and arrested on suspicion of attempted second-degree murder, first-degree assault and unlawful possession of a controlled substance.

However, according to online court records on Friday, the district attorney’s office has only formally charged him with possession of a controlled substance. The other charges, which are listed in a separate case, are still pending

Graham’s bond for the attempted murder and assault charges is set at $75,000, according to online jail and court records. As of 4 p.m. Friday, he was listed as an inmate of the Larimer County Jail. His first court appearance set for 8:30 a.m. Dec. 14.

Anyone with information regarding this incident is urged to call Larimer County Sheriff’s Office Investigator Steve Gates at 970-498-5169 or Crime Stoppers at 970-221-6868.

Our coverage:How the Coloradoan reports on crime