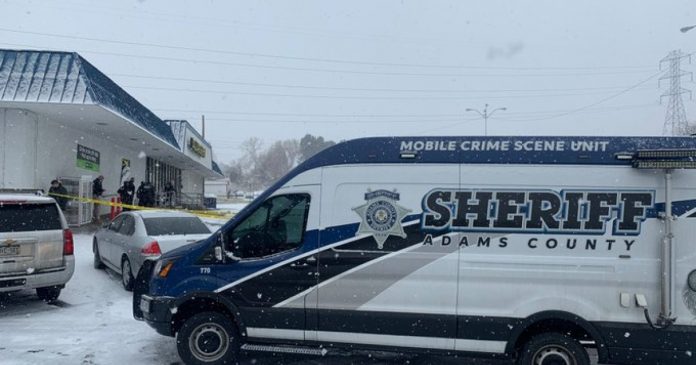 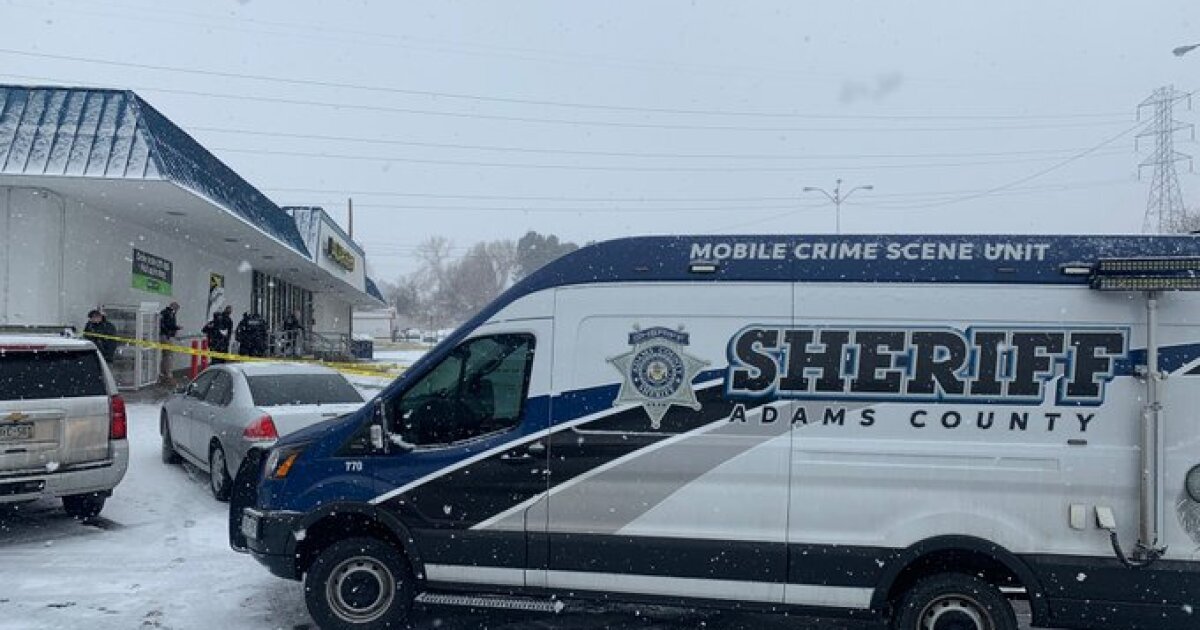 ARVADA, Colo. — A man accused in the shooting at a Dollar General store in Adams County earlier this week was arrested Wednesday night after a SWAT standoff in Arvada, police said.

Johnny McCaslin, 48, was taken into a custody after a standoff in the 6100 block of Olde Wadsworth.

Police said McCaslin was wanted in a shooting that happened Tuesday morning at a Dollar General near West 53rd Place and Sheridan Boulevard in Adams County. Two victims were checking out at the counter when they were shot.

Two suspects had entered the store together, authorities said. The woman made a purchase at the register and as the two exited the store, the male suspect turned around and shot two of the customers multiple times before both left the area in a black BMW with tinted windows, according to the Adams County Sheriff’s Office.

The victims were both treated at the scene and taken to a nearby hospital with what appeared to be non-life-threatening injuries, the sheriff’s office said.

Police did not say whether the woman allegedly involved in the shooting has been arrested yet.