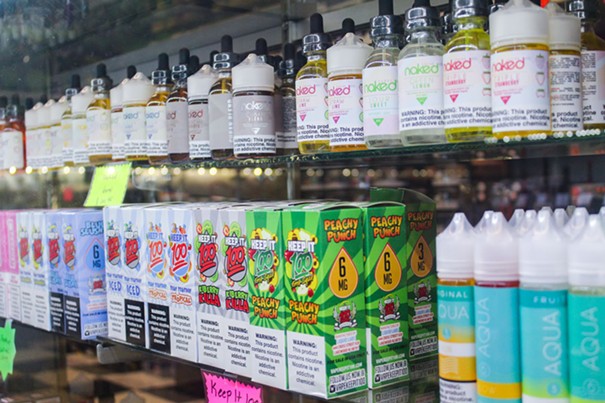 Thanks to the Manitou Springs Fire Department and UC Health for recently hosting a community forum on the inherent dangers of the growing epidemic of vaping by our youth. I was if you’ll pardon the pun, ‘blown away’ by the current facts that some 20-30% of middle and high school students have tried and are using these deadly devices. I was left ‘breathless’ learning that there is significant cellular damage caused by a thick gooey permanent residue left inside the lungs of people who vape. While it is normal for teenagers to be independent and begin living life on their own terms, being enslaved to an overwhelming need to start each day by inhaling the poisons inside vaping devices is not. A sin is defined by the dictionary as “an immoral act”, so too is the tobacco industry’s insidious connection and support of vaping devices.

During the evening’s presentation, we learned that the Manitou Springs City Council is now considering an ordinance that will raise the age for purchasing vaping products from local retailers from 18 to 21. This would position our fair town as being a leader among a handful of other Colorado communities who are following similar trajectories. Any argument that such policies would cause economic hardships and/or loss of jobs is secondary to the moral defense of saving the lives of underage youth.

We live in a country where the freedom of choice is highly valued. Being free also means to be grounded in the facts. Vaping advocates currently market thousands of flavors of their products that are directly aimed at children. We’ve learned that the vaping industry is currently spending some 26 million dollars a day on social media marketing methods. Vaping devices can contain the equivalent of smoking a pack of cigarettes. Colorado and North Carolina have been for years testing grounds for the tobacco industry and the promotion the of vaping products. Medical professionals are now equating side effects of vaping as tantamount to the awful effects they’ve seen from the use of Agent Orange and mustard gas. The cost to our society from vaping addiction will be significant in dollars and lives.

I applaud an informed and galvanized public urging our local, state and national elected officials to curtail the dangerous marketing practices of vaping products. Manitou Springs is a community that has always been forward looking and so I pray we continue with a vision to limit access to the deadly dangers of vaping. We can put the brakes on a clear and present danger to our youth. Let us breath in the clean mountain air that keeps us healthy and alive.