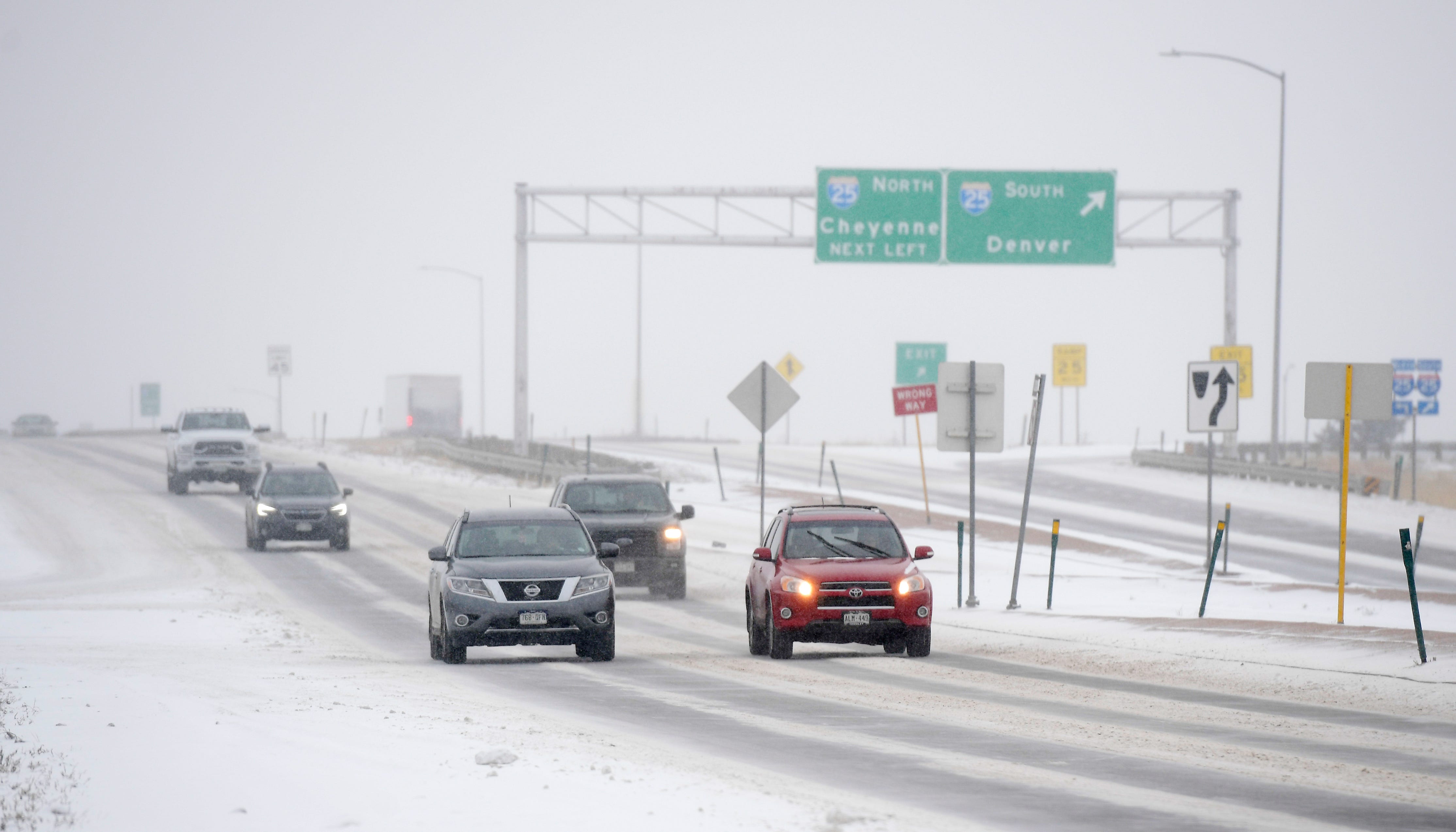 Consider these tips when hitting the road during snowy weather. Holly Engelman/The Coloradoan

With road travel expected to be “difficult to impossible” Tuesday morning after a snowstorm moves through Colorado, road closures are expected throughout Colorado and southern Wyoming.

A winter storm warning is in effect Monday afternoon through Tuesday afternoon in most of Wyoming and all of northeast Colorado, including along the front range from Fort Collins to Colorado Springs. The storm is expected to dump more than a foot of snow in Northern Colorado, and about a foot as the storm moved south to the Denver area.

We are anticipating Safety Closures along the I-70 corridor tonight and tomorrow. CMV Chain Laws and Passenger Vehicle Traction Laws will be in effect on I-70, US 285, US 6 and US 40.

The state’s traction law will also be in effect on I-70, U.S. Highway 285, U.S. Highway 6 and U.S. Highway 40, CSP tweeted. The new law, which applies on all highways, requires all motorists must have either snow tires, tires with the mud/snow (M+S) designation (which is marked on the tire) or a four-wheel/all-wheel drive vehicle.

Snowfall in the mountains will be moderate, with most of the accumulation likely north of I-70, according to Colorado Department of Transportation.

Visibility will be low due to high winds and blowing snow on the eastern plains and near the Wyoming border, according to CDOT.

Those travelling for Thanksgiving are encouraged to wait until Wednesday to drive anywhere, if possible.

You can also see live views road conditions statewide using CDOT’s traffic cameras, which can be found on its website.

Westbound Interstate 80 was closed between Rawlins and Rock Springs at 3:28 p.m. Monday due to winter conditions and crashes, according to the Wyoming Department of Transportation.

Eastbound i-80, which crosses southern Wyoming, remained open with slick conditions and blowing snow reported across most of the state.

Travel was better along I-25 in Wyoming, with the worst stretches reported between Cheyenne and Chugwater. Visit wyoroad.info for more information.

City plows will focus first on main roadways, such as:

Next come the high-traffic streets, such as:

School bus routes are the city’s third priority. Residential neighborhood streets are only plowed in a declared emergency, or if there is enough snow to block traffic movement.

The city’s real-time snow plow tracking map on their website shows where the city’s plows are operating.

This story will be updated with more information on road closures and conditions.

Editor’s note: The Coloradoan is providing this Northern Colorado weather coverage free for everyone to view as a public service. We can’t keep offering this service without support from readers, like you. If you don’t already, please subscribe today.