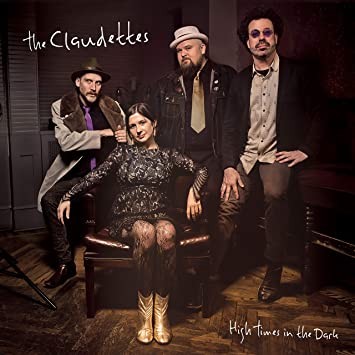 The Claudettes, High Times in the Dark (Forty Below Records) – If this Chicago bluesy rock band offered a high-school confidential with their 2018 album, its follow-up is a riff-filled rocker that never flags in energy. Lead singer Berit Ulseth has never sounded more sultry, like a good-natured Lana Del Rey out to own the juke joint. Even if certain tracks like “Declined” stand out, the album in its entirety is a party-starter, perfect for the days when parties can be started again.

The Strokes, The New Abnormal (RCA) – Every few years The Strokes reunite to attempt to recapture the energy of their 2000-01 heyday. Singer Julian Casablancas claims the band really has its heart in the effort this time, and he’s at least half right. Early tracks like “Bad Decisions” and “At the Door” are as vibrant as the band has ever been. The last four songs in this brief nine-track suite, however, slow to mid-tempo ballads with an unclear intent. Still, there’s enough energy to suggest The Strokes may be preparing some stellar future live performances.