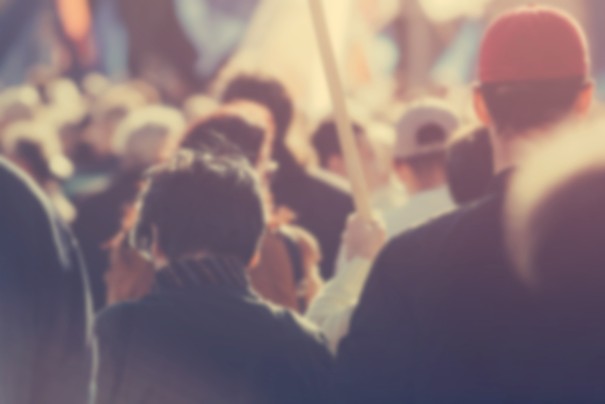 If you’re hitting the streets for the first time at the Jan. 25 Womxn’s March or the anticipated ongoing anti-war events, you may worry that a mere march could subject you to arrest, or that protest somehow involves rowdies in full-face bandanas throwing rocks. Welcome to your constitutional rights! Protest can be a method of dissent as effective as voting, or more so, provided you try to keep some etiquette guidelines in mind:

DO use nonviolence toward all living beings as an organizing principle. Generating violence against people or animals immediately discredits your goal.

DO show respect, humility and kindness to all, particularly when in danger of exercising privilege on gender, race, class or able-bodied fronts. Make room for all. Even when confronting political adversaries, it is possible to parry with humor and joy.

DO think of an arrest as a planned civil-disobedience event. The police can’t simply snatch you off the street for exercising your rights, but don’t play the provocateur and try to be arrested for bad behavior. Use the civil rights model of going limp and blockading events nonviolently, not provocatively raising a ruckus.

DO keep your public speech to five minutes maximum if speaking at a rally. Long diatribes are best saved for sit-down forums. Keep audiences wanting more, not wondering when you’ll be done talking.

DO rely on your inner Mr. Spock by basing your position on rational logic and the scientific method. Passionate invective might make you feel better, but it rarely changes minds.

DON’T operate from anger; make joy your baseline position. Buddha might say that the very phrase “righteous anger” is an oxymoron. That probably overstates the case, but anger at oppressors should be a tactical tool, not a permanent way of approaching the world.

DON’T dismiss others’ causes if they’re different from yours — all issues have merit. Banish terms like “false flag” and “diversionary tactic” from your vocabulary.

DON’T base your fervor on ideologies or conspiracy theories. The world is not likely to undergo a socialist revolution tomorrow, nor will George Soros hold everyone in his sway. Keep it factual and rational.

DON’T offer wisdom unless asked. Mansplaining has been joined by Straightsplaining, Oldsplaining, Class-splaining, etc., in recent years. Make practical suggestions in response to questions, but beware of stepping forward to say “Let me show you how it’s done.”