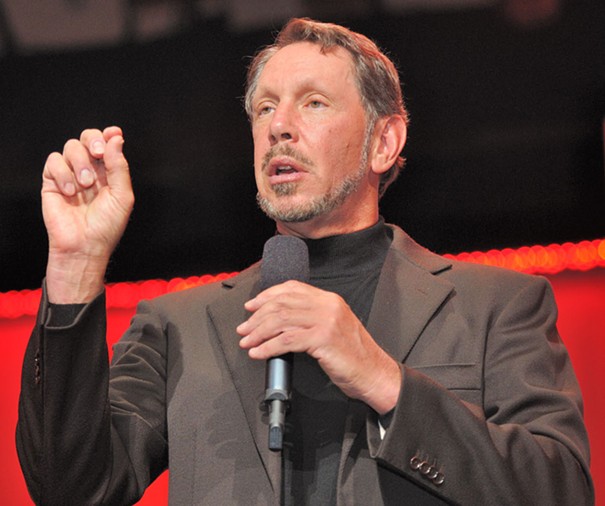 I love those nature shows that probe the behavior and intelligence of birds, elephants and other fellow creatures.

However, there’s one exotic critter the shows have ignored, and it’s crying out for analysis: Humanoid super-richinoids. While some in this rare species seem like normal Homo sapiens, as a group the super-richinoids exhibit aberrant, destructive tendencies. In particular, an insatiable desire to accumulate boundless personal wealth, as if one’s net worth is one’s true worth. They view life as a primal competition to be No. 1, the richest of all!

Robert Frank, who analyzes plutocracy, points to the insane competitive zealotry of Larry Ellison, the multibillionaire co-founder of Oracle. Frank writes that when Ellison learned that a rival billionaire was having a 400-foot yacht built (a boat one-third bigger than a football field), Ellison rushed out to get a 450-foot yacht.

Toys are one thing, but the über rich tend to feel entitled to exploit rank-and-file workers, crush smaller competitors, pay no taxes, rip off consumers, defraud investors, contaminate our environment, buy elections, monopolize markets — and demand to be publicly celebrated and idolized.

But when poked, these wannabe demigods turn into wimps! Now that their freakish greed is being denounced by the American majority and politicians of both parties, the royals are squealing like pigs stuck in a fence. Their hubris is being openly mocked — and I suspect that their whimpering is due to their finally realizing that their bloated net worth can’t buy respect — and they can’t handle that reality.

We’ve got to quit celebrating and catering to these flighty corporate profiteers, and get back to building a real economy based on the productivity and true genius of America’s grassroots entrepreneurs and workers.