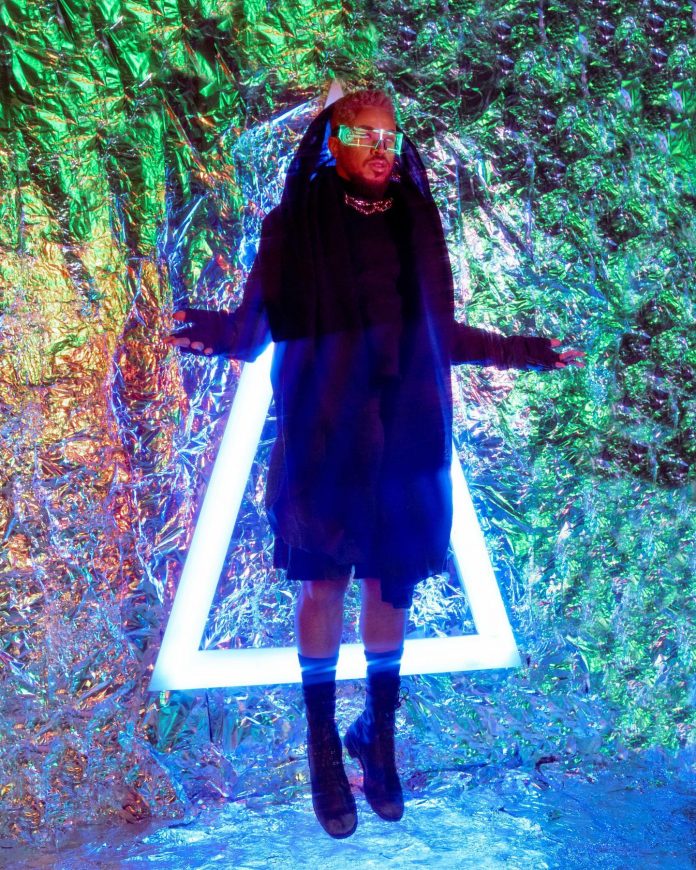 The concept of a supergroup is often fraught from the jump. Under the notion that the whole is greater than the sum of its parts, a supergroup can easily underdeliver if things don’t quite add up. The same is true of  artists whose uniqueness poses a challenge that can detract from the collective — much like a puzzle piece that needs to be coerced to “fit.” On the other side of the coin, however, a supergroup also has the potential to bring out more from its contributors in ways that can be as illuminating for the fans as the artist themselves. Thankfully, the long-awaited arrival of The Grand Alliance’s debut, The Grand Alliance, falls into the latter category. Three local industry veterans, producer Crl Crrll and singer/songwriters Sur Ellz and Kayla Marque merge their talents for an interstellar funk odyssey that runs the gamut of political commentary and afro-futurism. The resulting self-titled body of work arrived on a stratospheric level of hype, given the contributing artist’s local legacies, and to a degree, the moment felt larger than anything they were prepared for. Back on solid ground, the group’s debut is not the instant gratification that many would assume, rather, The Grand Alliance opted for an introduction based far more on exploration than identity, giving way for a slew of possibilities and relatively few promises. 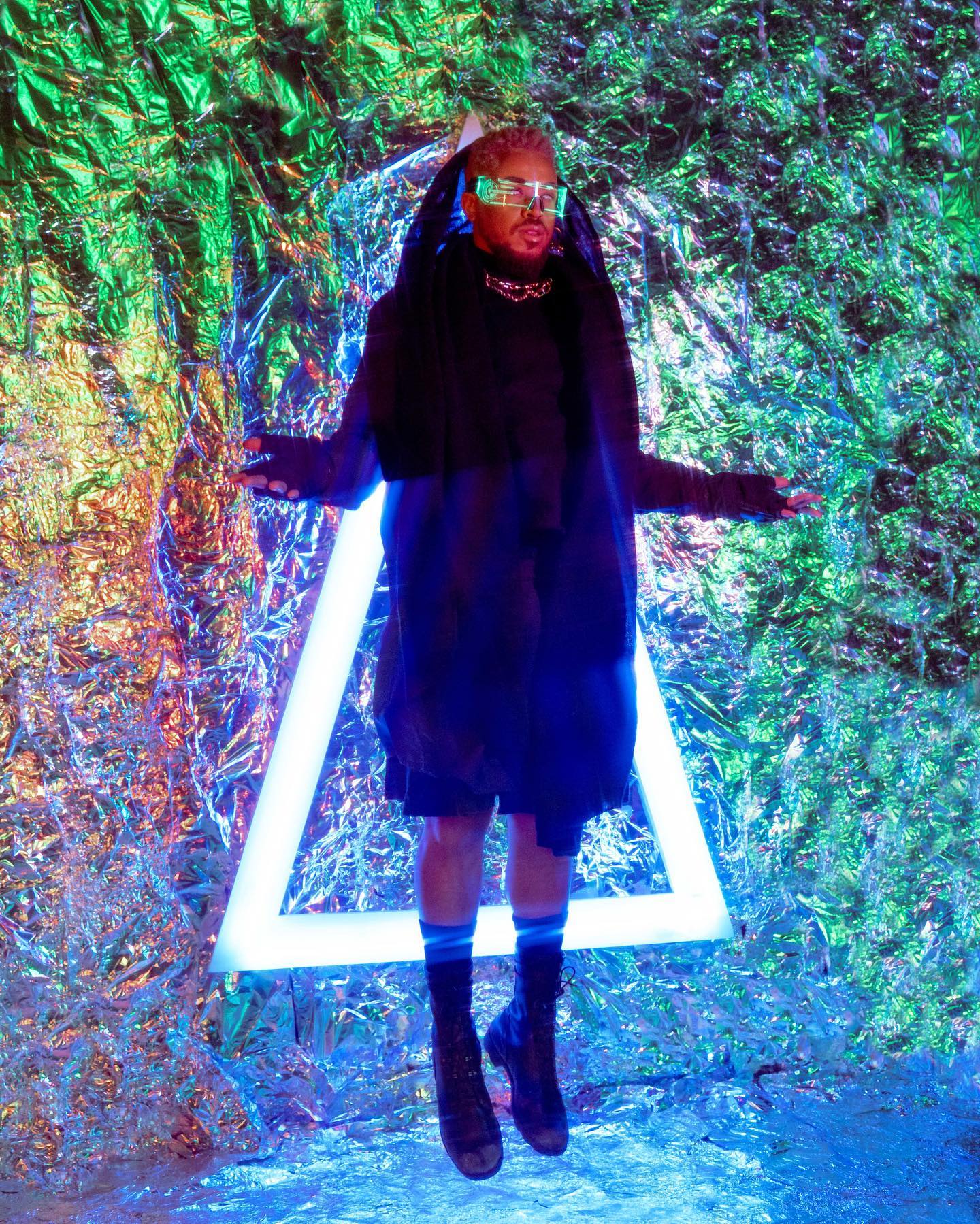 Sur Ellz of the Grand Alliance by Blake Jackson 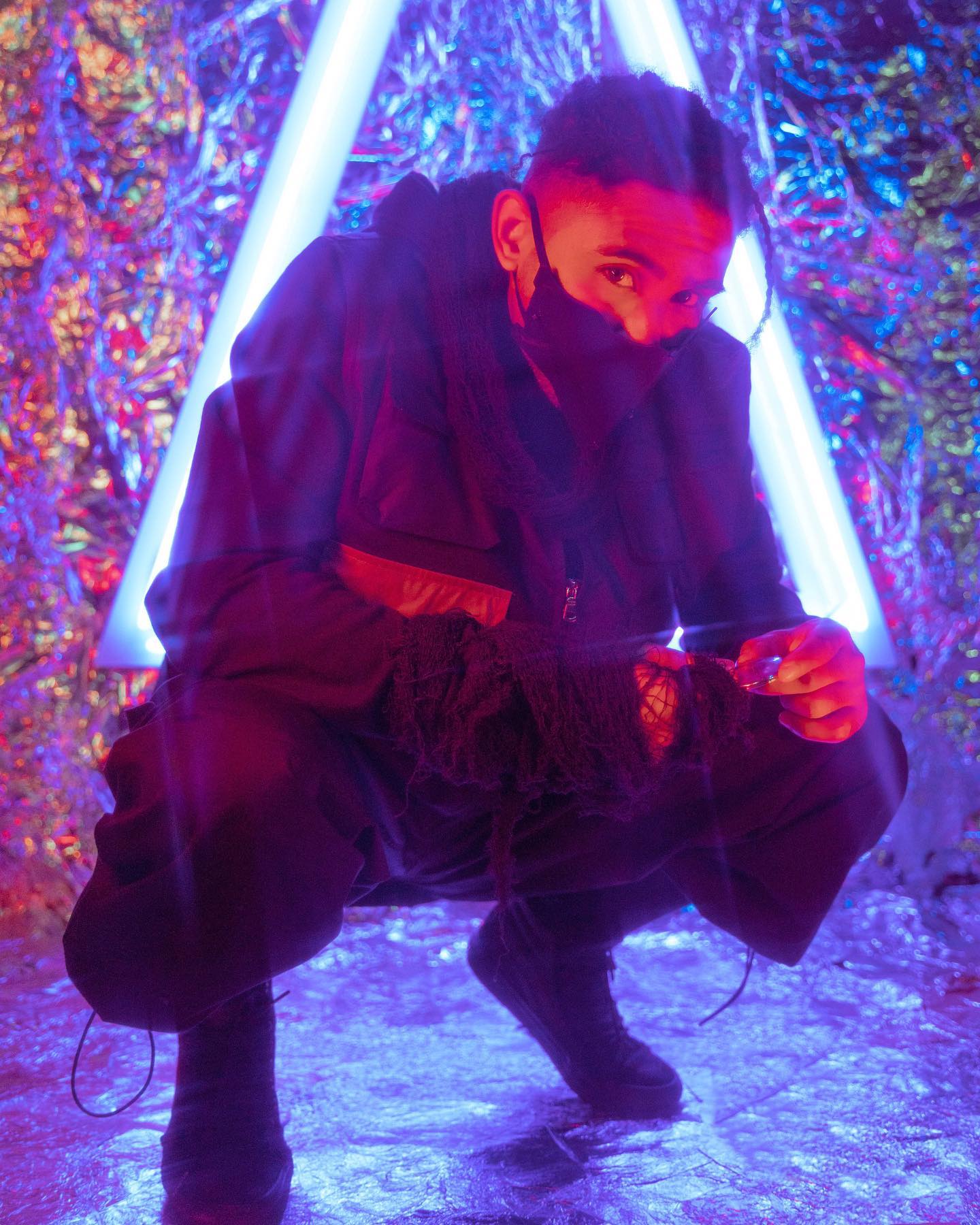 Crl Crrll of the Grand Alliance by Blake Jackson 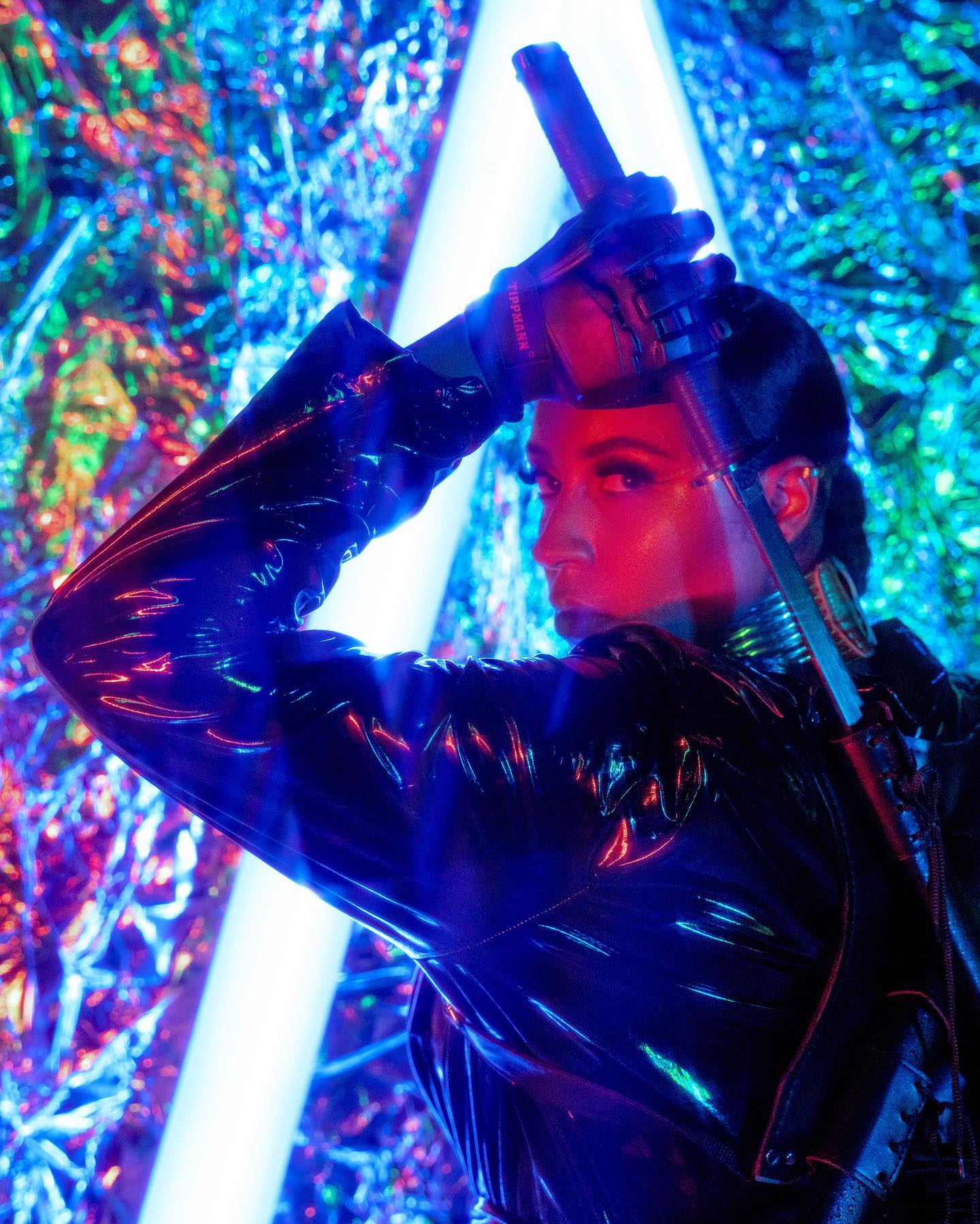 Kayla Marque of the Grand Alliance by Blake Jackson

The first glimpse of The Grand Alliance crash-landed on streaming platforms at the end of 2019 with their debut single, “Chakra Khan.” The song, which happened to be the very first they had ever actually recorded together, rides a throwback of an engaging bassline with drums and electric piano that percolate in a pocket while Marque and Sur Ellz trade verses and chants. Imagine an interplanetary cookout, complete with odes to unearthly funk influences like George Clinton and Bootsy Collins, and you get the picture.

“I think what made us decide to really do a whole project and become The Grand Alliance was realizing how well we all worked with each other and how naturally ideas we’re able to bounce around from one to another and how seamlessly the songs came together,” remarks Crl Crrll.

On tracks like “Chakra Khan” that chemistry and general buoyancy are palpable and lead one to understand the wavelength that connects them together.

As excellent as “Chakra Khan” was and continues to be, The Grand Alliance wasn’t heard from again until the beginning of 2021 to deliver their self-titled effort in full. By this point in time, significantly more things had happened in the world. From COVID-19 to the Black Lives Matter protests and even the insurrection at the Capitol, life on Earth essentially hit the skids while our cosmic cadets were off creating in the studio. Yet, through it all, the possibilities that lay ahead shone upon this group like a beacon of good things yet to come — a genuine hope. During the tumultuous months that preceded, where much of life felt like a simulation gone awry, that very same feeling precipitated the project.

“By the time we got to the song ‘Glitch’ which is the first [song] on the album and recording that, we’d heard the beat that Carl did, and on the way to the session, Kayla and I were in the car talking about how life is so strange and how it just feels like we live in the matrix,” recalls Sur Ellz. “We’re talking about how we live in a simulation.” 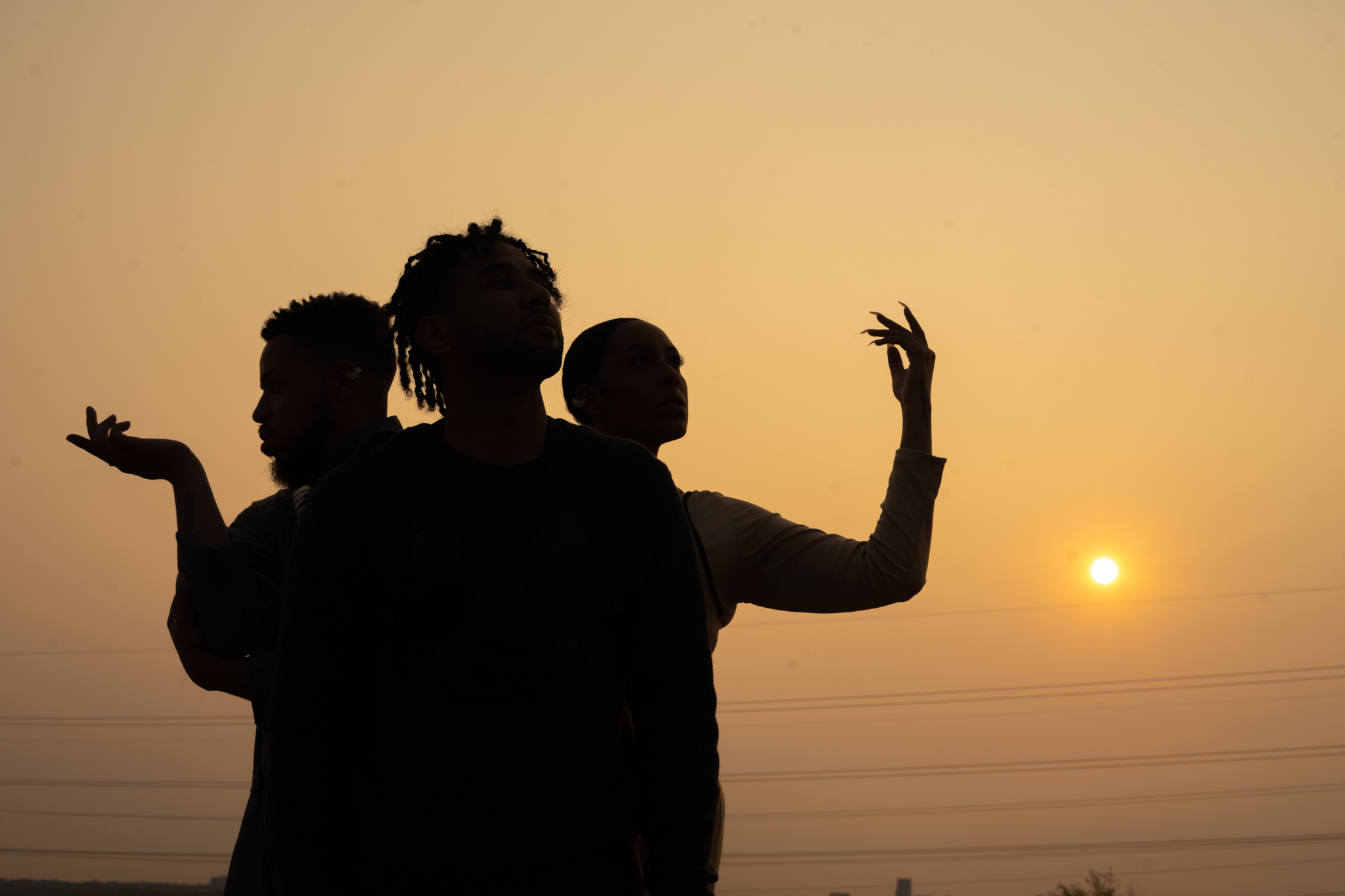 By and large, the conception of “Glitch” set the tone for the group’s interstellar aesthetic, but also defined an underlying urgency of their mission. “Glitch” as a track is an immediate standout, one that single-handedly pries each musician’s hands from the steering wheel of their existing artistic trajectory and drives off a cliff of conspiracy. As far as white knuckle rides go, “Glitch” gives its fair share of blisters. Between Marque’s sharp rhyme schemes, Sur Ellz’s commander-in-chief tone-setting all across Crl Crrll’s iconoclastic barrage of a beat, the group makes no mistake in setting their sights high.

From there, the band seemingly orbits a house party circuit influenced by the African diaspora, jazz and funk. With a run of “Swim,” “Chakra Khan,” “Eclipse” and “Boogeyman” a spellbinding sequence of groove detours the group squarely into a space of mood over message. The music loosens up in rapture opposite the stark dispatch of what came before, setting course for an extended journey toward an unknown destination, whereby the enjoyment of the ride dispels any necessity to know. It’s like when Drake once rapped whilst flipping George Strait, “I’m here for a good time, not a long time,” and The Grand Alliance seems to be in on the fun. 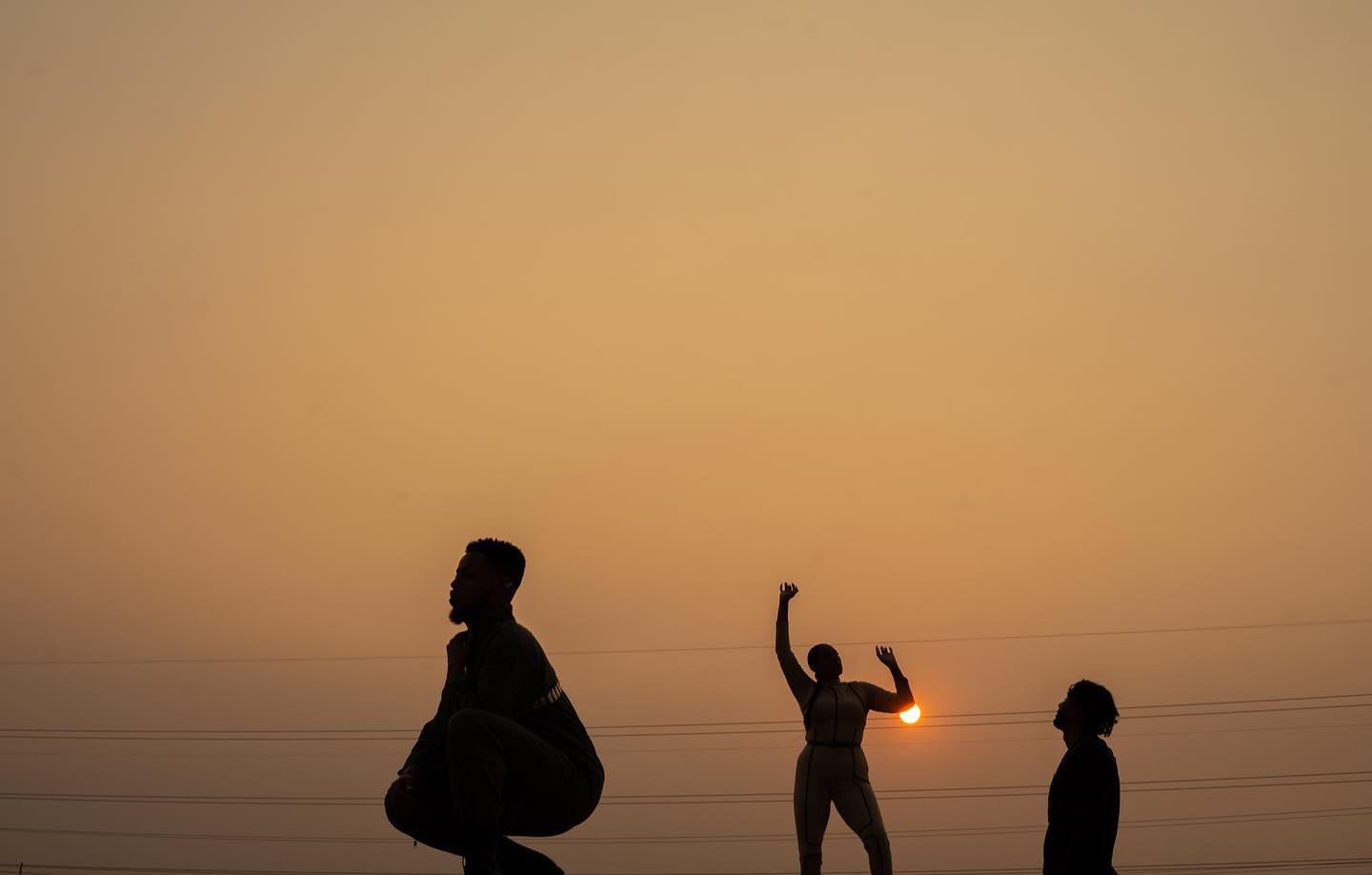 Later on, “Space Submarine,” a quirky surprise of a track lifts off just in time for the good times to slow their roll and ascension to loftier subjects, beginning to cast their shadow takes hold. “United Funk,” the following track, the “What’s Going On” of the project, is the most grounded track and somewhat sobering of the bunch when taken in the context of the real world and all of its problems. Taking a line from this summer’s BLM protests of “no justice, no peace,” against a seriously addicting hustle of an instrumental, the track is a protest in itself, but that of reinforcing Black joy in the midst of a deep cutting generational sadness of Black people. It’s one of the few tracks on the record that is deliberate in facing the world as a reality outside of this simulation. A world, where they too are different as defined by the color of their skin.

The second track to do so is also the record’s last —  “Stranger Things.” Coincidentally the project’s most sonically different and most ambitious offering, “Stranger Things” begs the listener to wake up to the injustices and malfeasance that plague our very real world. If “United Funk” wasn’t afraid to tap on the glass, “Stranger Things” brought a bat to demolish the fourth wall separating, The Grand Alliance from the sanity of simulation and the rude awakening of reality on the other side. Which, goes to show, try as they might, our outsiders can’t help but look in and watch the disfunction in real-time.

This dichotomy of outsiders by way of concept and outsiders by way of real-life makes for a debut that questions the very ground they stand on and the very clouds they soar above. To definitively call it an album of Black identity makes the album out to be a response to whiteness, which it is not. Nor is it an album that champions the outsiders among us, as a signal fire for succession. Rather, it is an album better left undefined, full of unknowing and questioning, if nothing more than for the sake of curiosity — to know what they didn’t know, and go where they haven’t gone before.

The Grand Alliance is without a doubt a partnership for the ages, but one that acknowledges that their story is still very much untold. As with all great sci-fi films, this first chapter of an album is an origin story — a catalyst. Watching the walls of simulation and reality blur across the project is their quintessential conflict. Furthermore, what The Grand Alliance may currently lack in singularity, they make up in worldbuilding, creating songs that effortlessly expand the horizons. It’s only fitting that their crest, emblazoned with the acronym L.O.V.E, stands for “living outside of virtual earth” because on the outside, anything is possible. We’ll just have to wait and see.