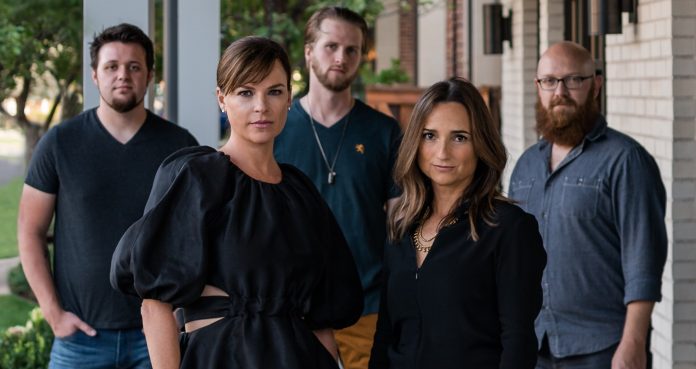 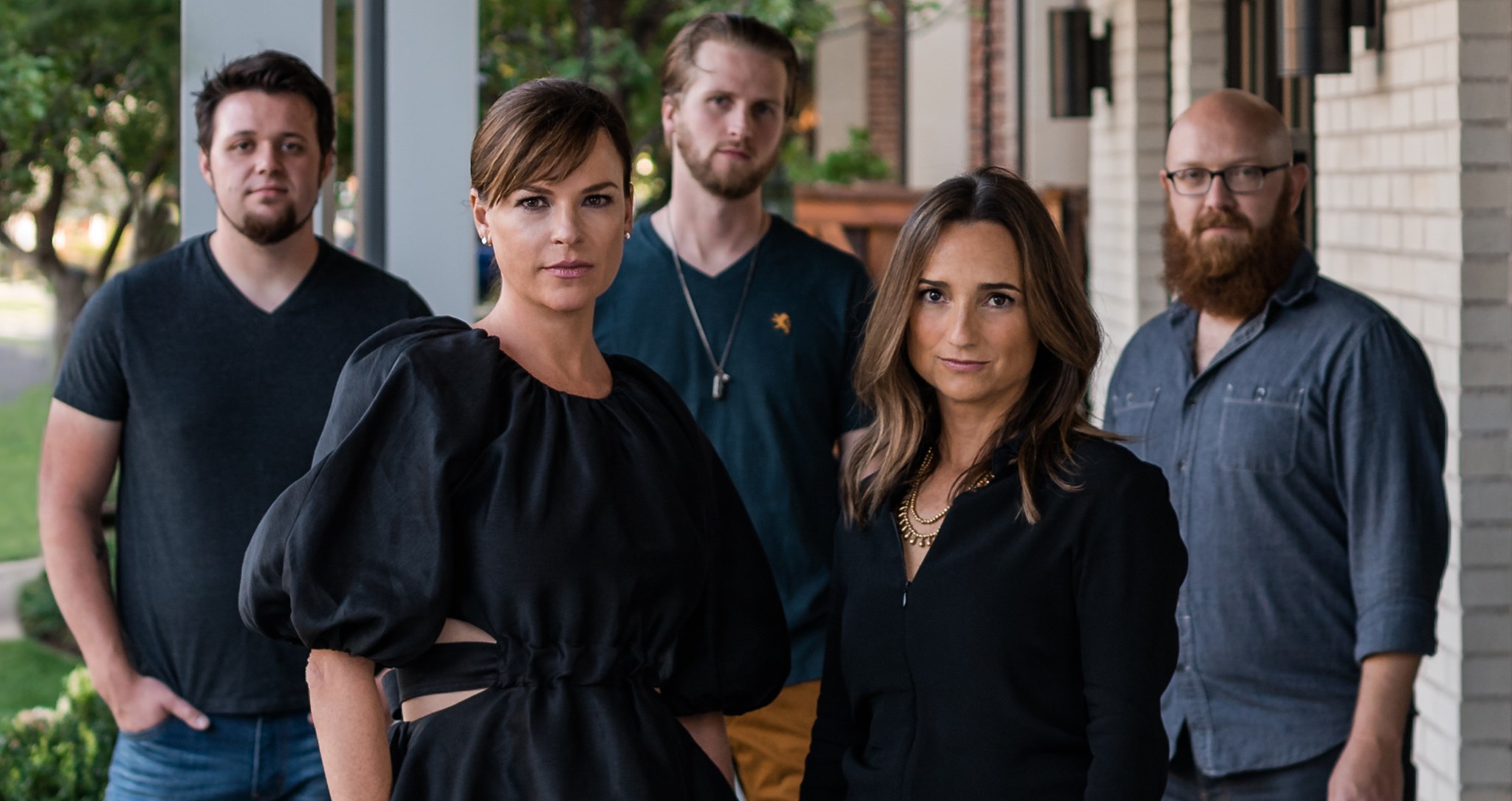 No one assumes that creative sparks can fly when two friends meet at a school function for their children — okay, no one but Kimberly Gionta and Yvette Frampton. The two women came together with light interests in learning an instrument and ended up creating their band, The Honey Empire. The group now has an album, several on-stage performances under their belt and recently hosted a major charity event for their fellow musicians.  We chatted with Gionta and Frampton about what it was like to come together to create, how their recent fundraiser influenced their future and what it’s like to be a mom that rocks.

303 Magazine: Could you go in a bit more detail about how you and Yvette evolved from your earlier stages into a five-piece band?

Kim Gionta: I started taking guitar lessons about 10 years ago just for fun. The teacher hired musicians to put together a showcase or recital of sorts, and I had the opportunity to play a cover song and sing with a full band.

Yvette Frampton: Our kids are friends and we met through our school. We were at kind of an unofficial school event for parents and Kimberly was like, “you won’t believe what I just did.” I grew up playing classically trained piano pretty seriously, but I hadn’t played an instrument in decades probably. So, when she showed me that, I wanted to take guitar lessons, too.

KG: He said we should do some open mics and it just sort of started developing from there. He knew a drummer that could come over and play covers.

YF: We should also mention this is all acoustic, and one day, he brought one of his electric guitars, and so within a few weeks I bought an electric guitar and he started playing his bass and we started making more arrangements.

KG: Then I started playing electric guitar and we started doing open mics. We would do ’90s covers and our friends would come to see us play.

YF: We noticed a lot of these songs were sung by male artists. It was hard to find which key to do it in, or it would sound different — that got us on the path of focusing more on female-led 90s.

KG: Then we realized if we made our own music, we wouldn’t have to go through this struggle in finding things that fit. it was very scary in the beginning, I thought, “What am I going to write about? Going to soccer practice and Target?” It’s so funny now because it is something that we love so much and have gotten into such a good rhythm in songwriting together. Looking back it seemed like such an impossible task.

YF: It has become a really great outlet for both of us creatively and personally where we both can express ourselves in different ways.

KG: Now, just to be able to get on stage and perform music that we wrote feels so good. Instead of doing a cover, where the audience is inevitably comparing you to the original, it just doesn’t feel as soon. This is a whole different level.

303: Could you let me in a bit on the process of recording your album, The Honey Empire?

KG: It was very intimidating. A lot of the songs have version one, version two, version three. Obviously what is on the album is the final version, but we had everything ready to go before we got to the studio, so it was just recording the process and laying down the instruments first and vocals after. The whole process was really interesting.

YF: I remember this moment of realizing that we were actually doing this. Kimberly was in her booth and I was in mine with my headphones on, and I just had one of those moments of, “I can’t believe we are in a recording studio.”

KG: It just felt surreal to do something like that. I never thought in my life that I would be recording an album.

YF: All of this has happened in that way — step by step and one small step at a time. Let’s write one song, and another, let’s go record this album. It’s almost like, not that there is no intentionality because we do think about what we want to do next and have an intention, but at the same time it seems like one thing comes after the next and we just find ourselves saying, “how did we get here?”

303: You recently hosted a benefit concert for the Colorado Music Relief Fund, which is incredibly important to musicians and those of us who love music. You raised over $20,000 and that is amazing. I would love to hear more details on that event, including opening for Wildermiss and playing for an intimate group.

KG: During the quarantine, we talked about missing rehearsing and playing live. I thought, “What if we have a show, but it’s also a fundraiser? We could get a big name like Wilderness, people will donate more, we could make more money and we could have this beautifully curated event with good food and drinks outside. Yvette has this gorgeous backyard and it all came together.

YF: Obviously we had very limited in the numbers of people. We wanted to cap it at a very strict number including the band members that were there. So, we only had 36 spots for guests. It felt like a really beautiful coming together for people to enjoy live music and hopefully be healthy at the same time. The music scene in Denver is so vibrant but it is not huge. It is really great to make connections with people in town and it is not overwhelming.

303: You are both badass music moms in music. Would you mind diving into what the experience of being a musical mother is like, especially during the current pandemic?

KG: I think for us it’s been a really great experience for our kids. We are big fans of live music and we take our kids to a Red Rocks show every June, right when school gets out.

YF: How lucky are we to live in Denver where we can go to Red Rocks?

KG: For our kids to see us doing something that we are passionate about and taking a risk, you know, it’s really a vulnerable position as a musician — they love it.

YF: I think it’s good for kids to see their parents doing something that is not about parenting — something that you are doing for yourself. Follow your interests and your passions.

KG: We feel really lucky to be able to do it.

KG: We played a show on Thursday night at the Broadway Roxy. Then, the next morning we packed up and went to Winter Park and did a writing retreat for the new album.

YF: Knowing that it will be a slower fall and winter, it is a good time to do some writing and hopefully do some recording this winter. And then, we will have a second album when this is all said and done. We’re just trying to keep things going the best you can. We are in a good space to get things done and feel like we have done something during the quarantine.