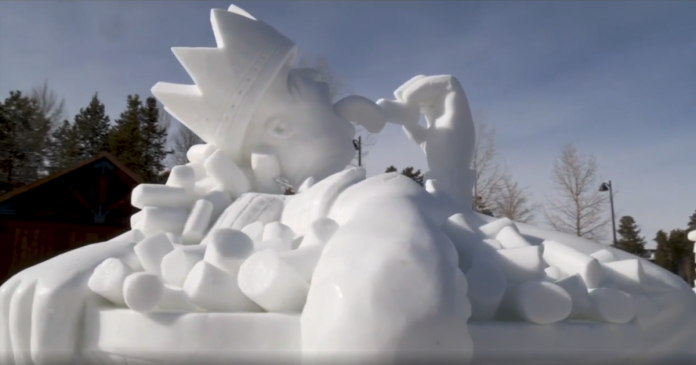 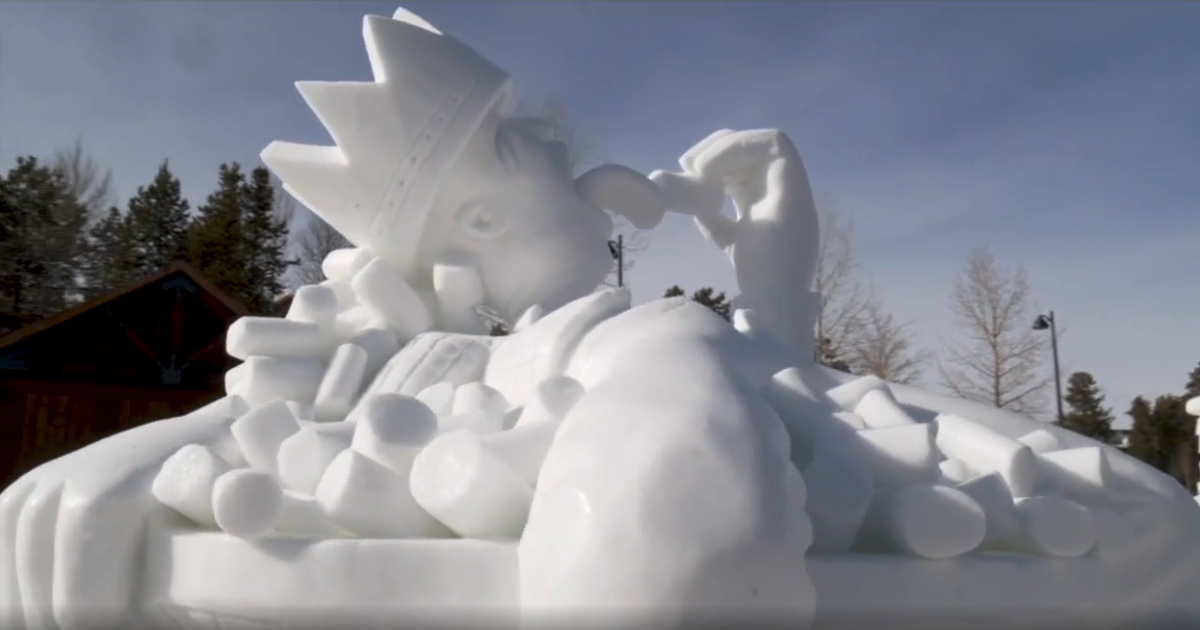 BRECKENRIDGE, Colo. — A dozen massive blocks of snow will soon be transformed into intricate works of art by people from all over the world during the 2023 International Snow Sculpture Championships, which begin Monday in Breckenridge.

Twelve teams from across the world will use every hand tool imaginable (no power tools, folks) to sculpt incredible works of art over the next five days before their creations are displayed in historic downtown Breckenridge for Coloradans and tourists alike.

“They might use things like vegetable peelers or chicken wire,” said Lauren Swanson, public relations director of the Breckenridge tourism office. “And a lot of the teams actually have custom built tools that are just for snow sculpting.”

You’re probably already making plans to leave your child with your in-laws so you can head to Breck this week to see the artists chipping away at their creations, but we’d like to caution against doing so, as viewing week isn’t until next week.

Say what? That’s right. The public is welcome to visit the groups as they work during carving week, which will end on Friday, Jan. 27. The artwork will be on display through 7 p.m. Feb. 1, 2023, officials say.

Because this is such a huge event that draws thousands to the area (Don’t believe us? We’ve written about it before and even have a photo gallery with some of the snow sculptures from years past), there will be timed entry reservations for those looking to go see these massive sculptures on Saturday, Jan. 28.

There is no cost for entry, but availability is limited. If you’d like to sign up for a viewing on Saturday, you’re encouraged to do so here. Otherwise, Town of Breck officials encourage the curious and the bold to view the sculptures, which will be located in the area around the Riverwalk Center at 150 West Adams Avenue, starting Sunday, Jan. 29 through Wednesday, Feb. 1 when reservations are not required.

So who will be competing this year? The 12 teams competing in the International Snow Sculpture Championships this year are:

And because this is a democracy, you can vote for your favorite team so they can be proud to say they won the People’s Choice Award. Voting begins this Wednesday at noon and goes through 2 p.m. Saturday.

There are no cash prizes — the first, second and third place winners each get a medallion, a trophy and a ribbon.

The snow for the International Snow Sculpture Championships is made by the Breckenridge Ski Resort. The snow is transferred into wooden molds and volunteers — nicknamed snow stompers — climb on top of the block and stomp on the snow to pack it down, according to event organizers.

“The teams will choose their blocks, they’ll get all of their tools together, and then they’ll begin carving the blocks,” Swanson said. “So, the first part really is taking off a lot of big chunks. And then, you know, towards the end of sculpting week to Thursday, really typically on Thursday, is when you start to see these blocks taking their forms.”

Snow carving began in the town as a local pastime during Breckenridge’s winter carnival, the Ullr Fest, in the late 1960s and early 1970s. It has since transformed into one of the top five snow sculpting competitions in the world.

For more information on this event, visit its website here.