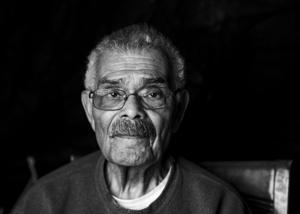 Frank Macon’s sights were always set firmly on the clouds. As a freshman at what is now Palmer High School in Colorado Springs, he was designing planes and putting most of the money he earned working part time at a Spruce Street garage toward flying lessons at a local airfield.

Little did he know that the journey to his wings would take him into a world war and from Colorado Springs to Alabama, where he would train with the legendary group of African American World War II fighter pilots known as the Tuskegee Airmen.

Macon was a high school senior when the U.S. entered the war, on Dec. 7, 1941, after Japanese forces bombed Pearl Harbor. As soon as he could, he signed up for the Civil Air Patrol, one of the many civilian organizations founded to help aid the war effort.

He was well into that program, learning about instruments and racking up flight miles, when his local instructors showed him a flight magazine article about Tuskegee and said he should consider it. He could get civilian pilot training, go to college, and serve his country.

“I didn’t know anything about Tuskegee,” Macon said. “There was … a segregated service at that time. Some of the generals and people … were very much against having black pilots.”

Macon took a battery of tests, qualified for Civilian Pilot Training, and after high school, headed off to Tuskegee. Once a superior there found out his age, though, he was sent packing. Eighteen was too young to be a civilian pilot.

“My world fell apart,” wrote Macon, in his autobiography, “I Wanted to Be a Pilot,” aimed at young readers.

He returned to the Springs and his job at the garage, and that’s where he was when the first group of Tuskegee trained fighters headed for service overseas. Macon knew he’d eventually have to sign up for the draft, so he retook the tests, enlisting this time for military service with the Army Air Corps. He found himself back in Tuskegee.

A week before graduation, Macon powered through a nasty head cold and went up for a training run. As he pulled out of a power-dive while “dog-fighting” with his fellow airmen, the drastic pressure change, combined with his cold, caused both eardrums to rupture.

Macon spent months in the hospital and almost a year recovering. By the time he graduated, the war was over.

“So I said, ‘I’m going home,’ and they gave me the papers to put in for my reserve commission and also my pilot’s rating,” he said.

Macon returned to the Springs, raised a family and worked for 23 years at Fort Carson before retiring as head of aircraft maintenance.