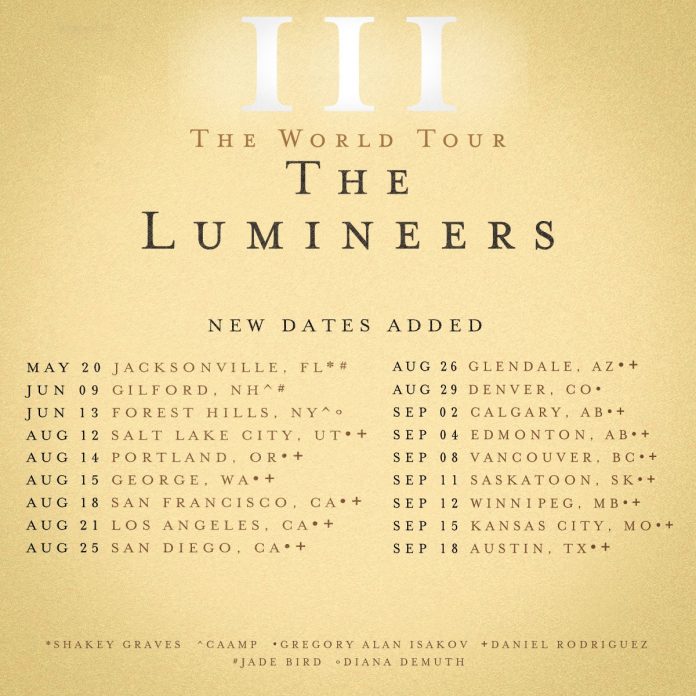 In a move that probably won’t shock many, The Lumineers have announced their Denver return and it is the biggest venue to date for the popular indie-folk outfit. Fresh off the release of the band’s third studio album — appropriately titled III — The Lumineers will charge straight for the 50,000-capacity Coors Field on August 29. The band will have another hometown hero Gregory Alan Isakov on for support.

This won’t be the first stop for the band in Denver behind their new record. The lucky few fans who got tickets to the Mission Ballroom opening in August of last year were treated to the debut of the album long before it had been released in full in celebration of the next frontier in Denver’s live music scene. The Mission Ballroom stop was also the first stop for the Lumineers following the departure of longtime cellist and vocalist Neyla Pekarek.

III was a bit of a departure from what the Lumineers have done previously. Leading off their new album with a string of music videos for the four-part album and with no discernably true “single,” III was by in large a more experimental venture for the “Ho Hey” singers. That hasn’t seemed to dim the band’s appeal, however, as they are in the midst of an extensive world tour. 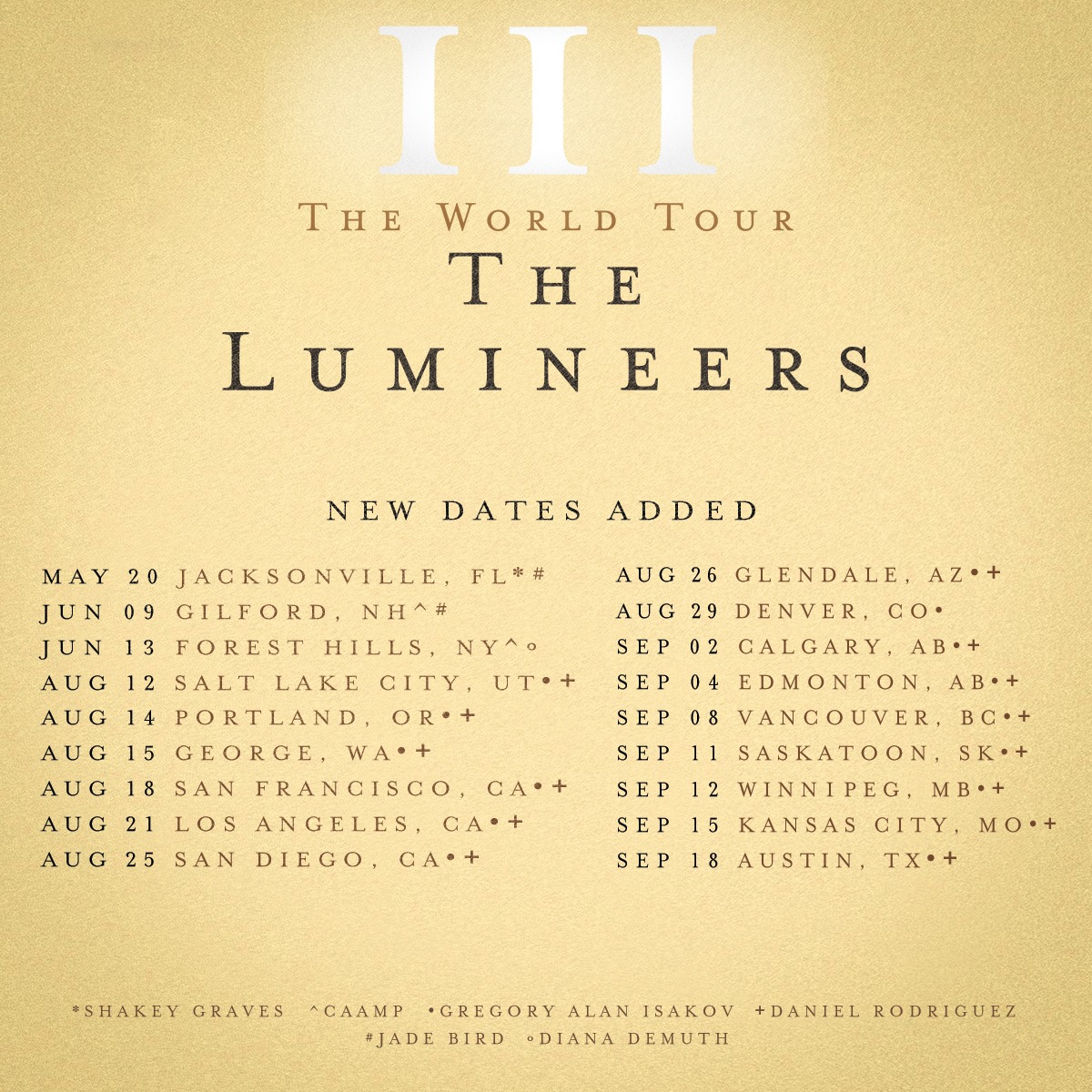