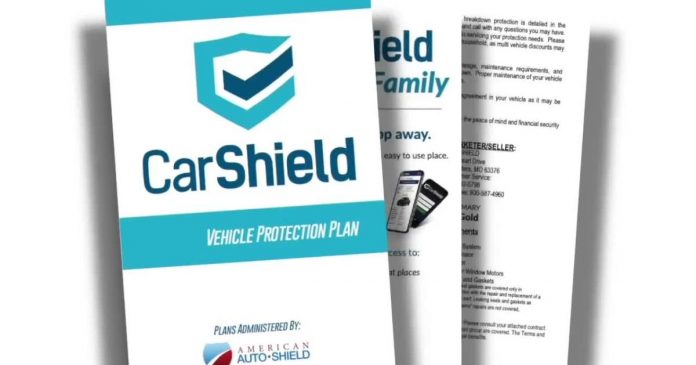 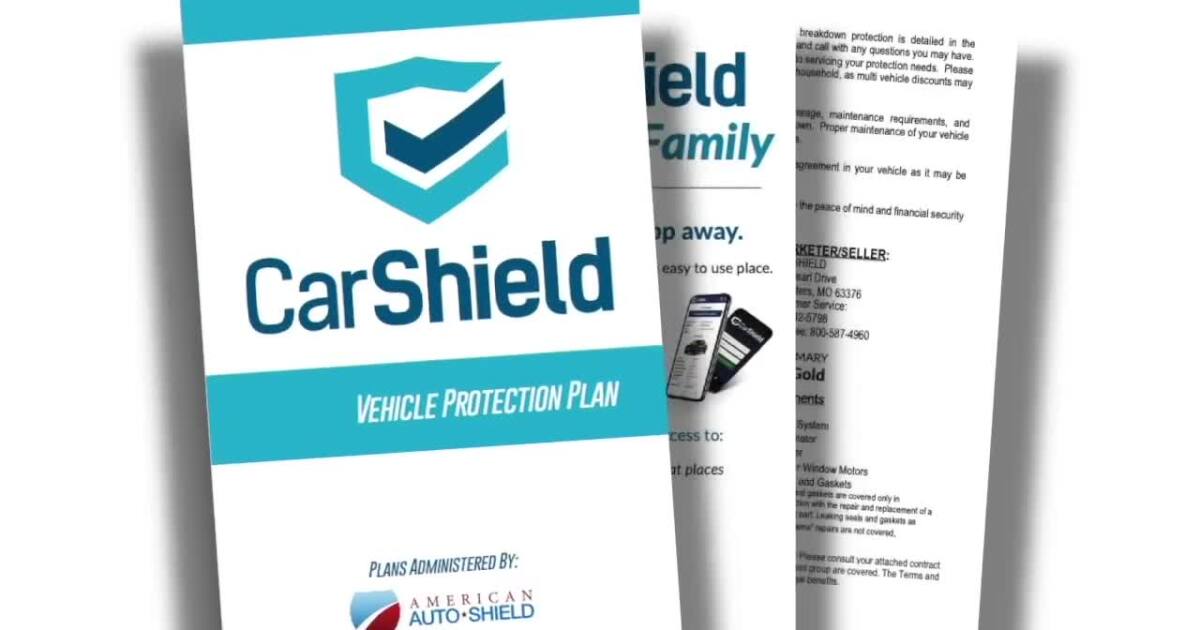 LAKEWOOD, Colo. — You may have seen CarShield’s commercials, featuring celebrity endorsers, such as Ice T, warning your car is going to break down, costing you thousands to repair.

“That’s why I protect my babies with CarShield,” Ice T says in one advertisement. “Remember, CarShield cars go farther.”

Contact Denver7 started investigating the auto warranty company when customers and an Aurora auto repair shop started reaching out to us and the BBB to complain about delays, denials and partial payments.

At first, April Grant, who lives in Aurora, bought into CarShield big time. Grant said she paid for the highest package available to her, the “Gold Package,” and that her premium was $139 per month.

When her car broke down last December, she said “all the lights on the dashboard came on.” Those big promises on the commercial were broken down in the fine print.

When CarShield denied her claim, Grant was shocked. She had read her contract, and it covered everything from engine parts to windshield wipers, but not what she needed when her car broke down.

Wheel speed sensors were not included in the long list of covered parts, and there was also no coverage for brakes or ABS parts.

“They told me they didn’t cover electrical,” Grant said. “This entire car is electrical. I got the highest warranty, and I thought that would have been covered, too, especially if they’re covering something with a turning signal and something that’s small as a windshield wiper.”

Grant said CarShield refused to pay for her repairs or the diagnostics.

“I think it was bull,” said Grant, who pointed out that she is not alone.

The BBB website lists more than 1,500 complaints against Carshield and gives the company an ‘F’ rating.

“The reason that they have an ‘F’ grade is because of advertising issues, and also because they failed to address the underlying pattern,” said Chris Thetford, a spokesman with the Better Business Bureau.

Meanwhile, several other Coloradans have reached out to Contact Denver7 to tell their CarShield stories.

“We forced them,” said Lorie Jackson, who said CarShield delayed paying for their truck repair for months. “And we would be on the phone for hours and hours. I was diligent or I never would have seen the money.”

Vanessa Sanchez said a mechanic diagnosed her engine as blown, but CarShield wanted him to dismantle the engine first.

“At that point, the mechanic explained to me that I would be responsible for paying the labor costs if CarShield did not cover the repair,” said Sanchez, who is still hoping CarShield will pay for the repair. “I work for Denver Public Schools, so having to pay that extra money with three kids at home… it’s been a struggle.”

It is not just customers speaking out.

At Gary’s Full Service Auto Repair in Aurora, Lori Williams said she has dealt with four CarShield or American Auto Shield claims in the last year, and every one has involved either a delay, partial payment or denial.

“Our motto is: ‘Done fair. Done honest. Done right,'” Williams said. “It makes us angry to see how [customers] are being used. They don’t have that kind of money.”

Williams said in one case, a representative for CarShield or American Auto Shield denied the claim, but when she called again, another representative approved it. She said the company has also insisted on “outsourced parts” or would only cover some parts.

“They don’t tell you that they’re not going to cover programming. So, they might put a part in, but it’s not going to work unless you pay to program it,” Williams said. “These people are paying $100 to $300 per month, per warranty, and then getting no coverage.”

While CarShield is based in Missouri, its claim administrator, American Auto Shield (AAS), is based in Lakewood. No one would speak on camera, but the Better Business Bureau said the company’s accreditation is being reviewed in light of the potential connection to CarShield.

They downplayed the ‘F’ rating, stating: “Average BBB complaints totaling approximately 60 per month. This complaint level represents less than 0.41% of the number of claims filed through AAS.”

“These key indicators support the reality that AAS is providing a valuable service for consumers,” the statement concludes.

When asked about a claim being denied by one representative and approved by another, AAS released this statement: “Unfortunately, in a large organization with a staff of over 300 people on the phones, differences in communication style or more significant misunderstandings may occasionally occur. Yet no instance of this type was identified during our review of the claims facilitated by Gary’s Full Service Auto Repair.”

Williams responded to that claim: “It happened. I know it happened. It was not a misunderstanding.”

In response to claims about outsourced parts, AAS responded:

“AAS has established reputable vendors that provide quality components at reasonable rates. These parts have their own specific warranty that may extend beyond the customer’s VSC [vehicle service contract]. AAS’s parts suppliers do not provide substandard or unsuitable parts for claim repairs.”

For Vanessa Sanchez’s claim, AAS acknowledged the delay, writing: “Currently, the claim for Ms. Sanchez is pending and coverage has not been determined. A coverage decision under her VSC requires determination of the cause of failure to the engine. A disassembly of the engine, per the terms of the VSC, was requested…Ms. Sanchez indicated she would take the vehicle to another repair facility that would accept sourced parts, thus significantly reducing her out of pocket expense. AAS has called and left messages for Ms. Sanchez to determine how we might further assist her with this claim, including reviewing transportation related expenses she may have incurred in part because of delays caused by us. We often cover car rental expenses beyond the contract limitations of the VSC.”

Sanchez tells Denver7 she has not heard from AAS and is taking public transportation.

As far as April Grant’s claim, AAS wrote that “if a complaint is not listed in the contract, it is not covered.”

AAS wrote: “Our re-review determined Ms. Grant’s claim was adjudicated correctly and according to the contract coverage she purchased.”

Grant eventually took her car back to her usual mechanic, which she said does not accept CarShield.

That mechanic did not return a call from Contact Denver7.

After paying hundreds of dollars for her diagnostics and repairs, Grant said her car is running again. CarShield did offer to lower her premiums, but she was not impressed with that offer.

“That doesn’t help me pay for these repairs,” Grant said. “I think they’re ripping us off. I had to go get my car. What are you going to do?”