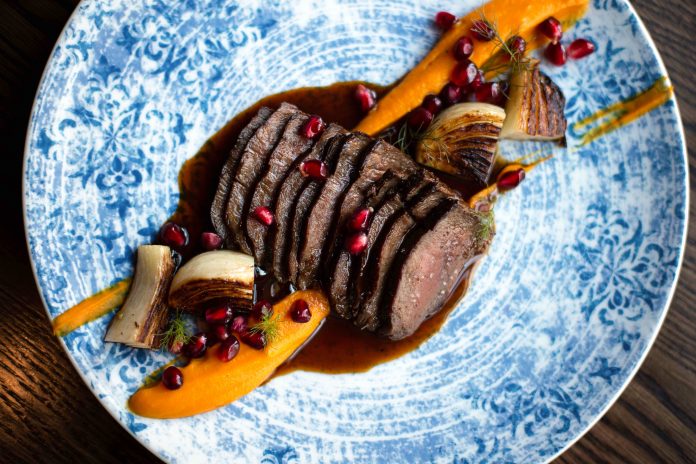 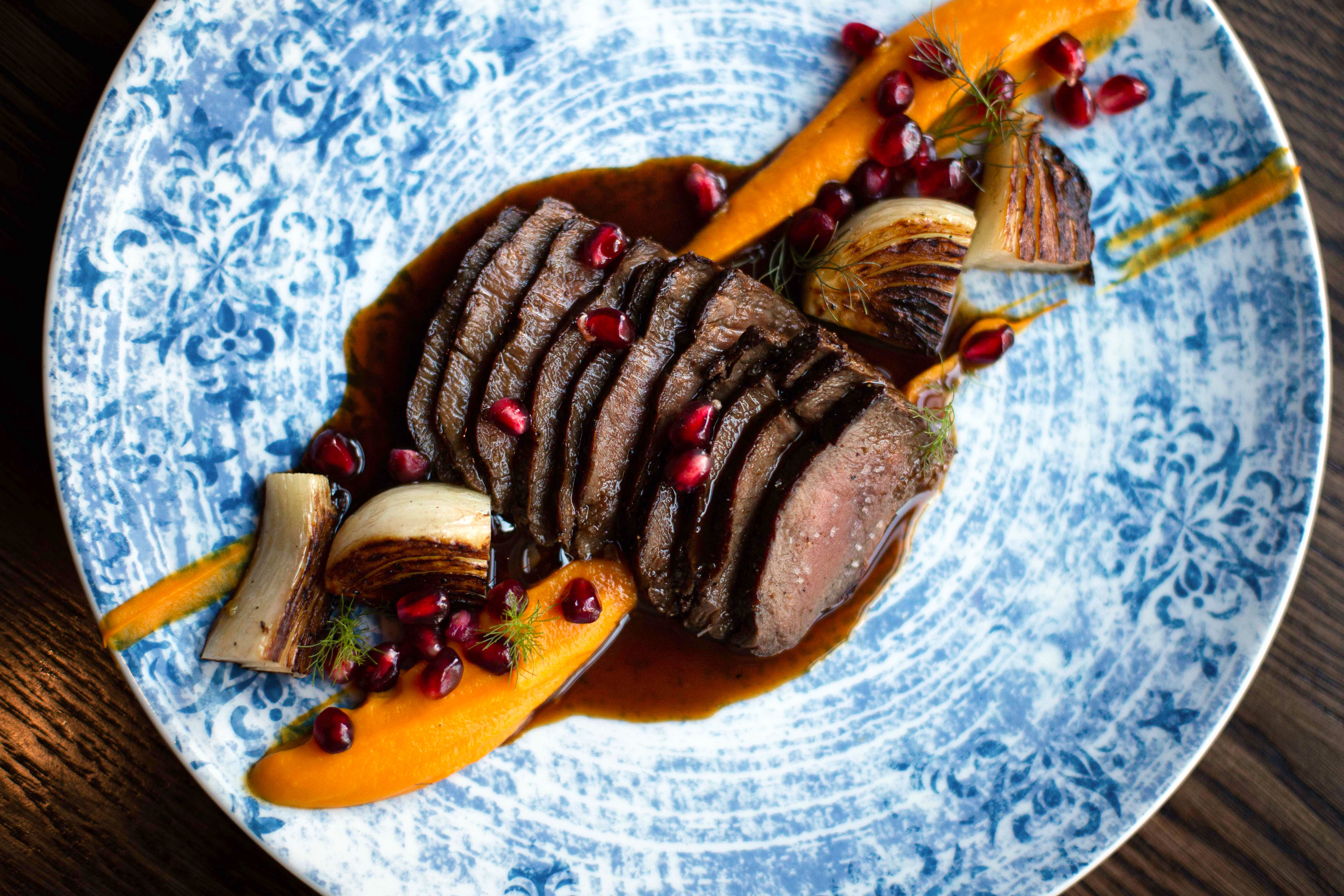 A lot of French restaurants opened this year, or at the very least, some of the most exciting new dining in the city seemed to center around the cuisine. Morin and LeRoux made noticeable splashes at the end of 2018, with Le Bilboquet and Le French opening through 2019. It was a good year for French food, more in terms of pervasive excellence than sheer volume, though the number of openings was not trivial. Most exciting of all was the variety. Each restaurant brought an original approach — meeting, upsetting and altering expectations in the process.

While Morin’s Max MacKissock cited a national trend in French openings — inspired in part by the success and forward-thinking approach of New York’s Le Coucou — none of the involved restaurateurs admitted to being driven by a fad. MacKissock himself — a New Hampshire native of French descent — had been planning on opening Morin since 2015, hoping to create a place that could showcase flavors he grew up eating. Lon Symensma — who built his success in Denver around ChoLon and Cho77 — opened LeRoux as an ode to one of his mentors and a chance to revisit the kind of cuisine that defined his early career. “The fun part for me is telling a story,” said Symensma. Le Bilboquet’s Rick Wahlstedt said he never conducted any sort of market study but decided to open a Colorado outpost of the famed New York institution entirely driven on a feeling. “I like Cherry Creek, the walking sensibility of it. We’ve received a great welcome into the community here,” continued Wahlstedt.

Sisters Aminata and Rougui Dia opened their French-Senegalese restaurant Le French in April because it was the right time for both of them personally and professionally. Aminata — who has been living in the states for nearly two decades — had the younger of her two children move out, while Rougui — a celebrated chef in Paris — finally felt the desire to try her cooking out in Colorado. Cafe Marmotte chose to pivot away from French cuisine entirely, though the new Italian concept will not be restricted by national styles. “Who knows when French items are gonna pop up on the menu. We’re not beholden to region or country,” said hospitality director Heather Morrison.

Changing perceptions about the cuisine and a fundamental desire to explore new possibilities helped to drive the resurgence. “French food is classic, but it doesn’t have to be classical,” said Bistro Vendôme’s Jennifer Jasinski. “Things are cyclical in our business, people forget about something then come back to it,” she continued.

“People think French is heavy, rich, not fun, snotty and stuffy. In France, it’s the opposite,” said MacKissock of the prejudices that have allowed the cuisine to flirt with becoming passe for some diners. While all of the new restaurants celebrate classic techniques and include items that at the very least pay homage to traditional dishes, each one is a far cry from the traditional bistro loathed by MacKissock’s aforementioned diners. Le Bilboquet swings closest to the quintessential model — the white tablecloths and a focus on outstanding service follow Bilboquet partner Philippe Delgrange’s tried and true model — but even there the atmosphere is shifting in favor of something new. While dishes — including the famous cajun chicken — don’t skimp on the butter —  the menu is built on organic produce and top-notch ingredients.

“There’s more of a focus in Denver because it’s so vibrant here. People are health conscious. The food is clean,” continued the restaurateur. LeRoux certainly benefits from Symensma’s experience in celebrated European restaurants, including Moulin de Mougins and La Bastide Saint Antione. The chef says he runs the kitchen with a similar level of discipline and an emphasis on virtuosity, though he ensures that the infamous pan throwing found amongst the old guard is noticeably absent.

Le French naturally veers from the bistro model, due in part to the Senegalese influence though primarily owing to Aminata and Rougui’s individual creativity. Rougui spent time as the executive chef of Michelin-rated Petrossian in Paris, as well as opening her own acclaimed bakery Un Amour De Baba. The cuisine arrives with the expected caliber that comes from experience in upscale kitchens, with dishes like the gniiri — a blend of creamed cornmeal, peanut and black-eyed peas topped with roasted cremini mushrooms, carrots, fried shallots, basil, cherry tomatoes, pine nuts and white truffle oil — delivering flavors inspired by their grandmother’s cooking.

MacKissock — who continues to push some of the most exciting cuisines in the city — says Morin faced some initial backlash. “The message we were trying to put out there wasn’t well-received,” lamented the chef. While diners feared and criticized French food’s formality, Morin’s original menu seemed to have swung too far in the other direction, forcing customers to confront their own ideas about just what French dining meant to them. “We had to French it up,” continued MacKissock regarding the recent menu changes. Fortunately, the new list still refrains from conventional confines, though the format appears to be a bit more recognizable to diners seeking the classics.

“There seems to always be a dance of how far a chef wants to push it and the perception or expectation of diners,” said EatDenver’s executive director Katie Lazor. “For example, if Morin opened 10 years ago, would diners see French on the description and be disappointed when the experience didn’t match their expectations of classic French food? More than likely. I’ve heard the phrase ‘Denver isn’t ready for that yet,’ a lot, where we have been a few years behind cities like LA and NYC when it comes to openness to new flavors and formats. Very exciting that with the exploding population, restaurant growth, and general excitement about food, our dining scene can now support concepts as unique as Super Mega Bien, Beckon, Somebody People and Bruto.”

Jasinski points out the long and successful runs of the now-closed Le Central, Tante Louise and Brasserie Rouge as evidence of cyclical tendencies, while Aminata believes there is something special currently happening amongst Denver’s dining public. “If we’d opened earlier than now we would have had to do classic French,” said Aminata. “As soon as we started explaining who we are and what we are doing, people understood,” she continued. Several of the chefs also cited the general growth of culinary diversity as a reason for French food’s ascension. “Denver is starting to attract a lot of different cuisines from the outside,” explained Wahlstedt. “The quality of diner is increasing every day,” echoed Symensma.

Despite the magnitude of all the involved restaurants, no one is worried about stepping on toes. All the chefs and restaurateurs have been enjoying an increasingly successful year. “There’s room for Denver to have five or six different types of restaurants, they don’t all have to be bistros,” noted MacKissock. “The more restaurants that are quality in the neighborhood is good for business. If there are 10 good French places I’ll be so much happier,” smiled Wahlstedt.

All photography by Adrienne Thomas and Kori Hazel.