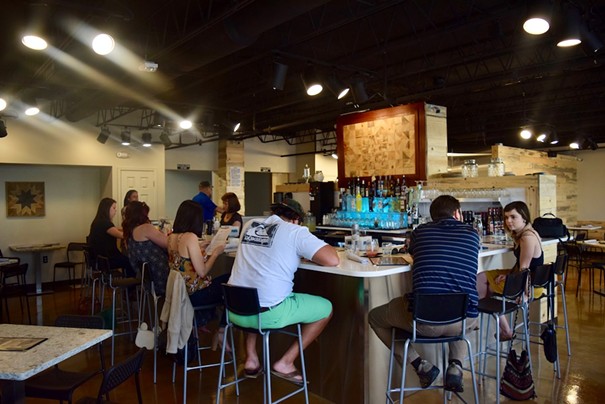 Smørbrød has been replaced by The Roswell (634-2727) at 2727 N. Cascade Ave. It serves a mix of starters, soups, salads, pizzas and sandwiches in the $7 to $13 range. Smørbrød owner Jay Gust, of Pizzeria Rustica and TAPAteria, has retained a small ownership stake here, consulting on the menu. But the primary proprietors are Ross Seville and his wife Lauren Lea, and Michael Head and his wife Tara.

Like Gust, both Seville and Head each bring about 30 total years of industry experience, ranging from time at The Ritz to Patty Jewett and years spent repping liquor. Gust calls the menu a “compilation of American classics” and Seville adds the “primary idea wasn’t to reinvent the wheel, but make great, classic food, easily accessible, but taken up a notch by Jay.”

Seville calls The Roswell an “elevated neighborhood bar … safe, clean and a fun place to go,” where you can get a nice craft whiskey, but where nobody’s judging if you prefer a simple Jack and Coke.