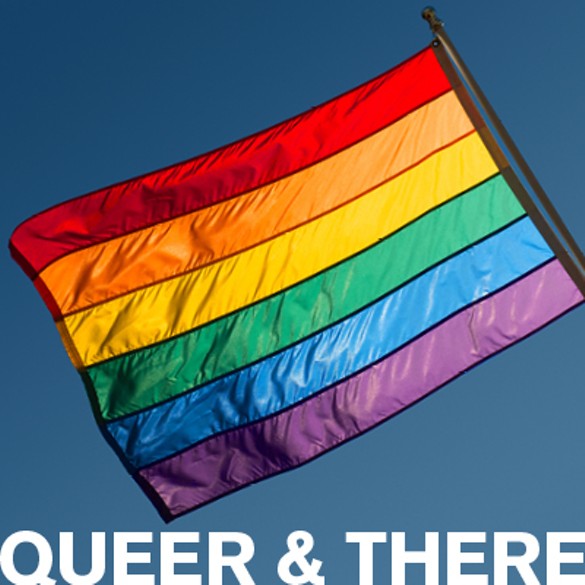 When I tell someone I prefer to be referred to with they/them pronouns (rather than he/him or she/her, the most common singular pronouns), the conversation always goes one of two ways: The first reaction is normally positive and enthusiastic — either this person has an understanding of pronoun usage or is just happy to respect my wishes. The second is a more complicated reaction, someone confused or unwilling to part from the grammatical programming of their past.

Ultimately the conversation loops back to me, why I use these pronouns or what I think it will accomplish. What is often lost in these interactions is the fact that the people who use these pronouns are not on a crusade; they are not trying to accomplish anything but existing.
With all the discussion surrounding the usage of “they” as a singular pronoun, you would think this is something new, but the Oxford English Dictionary and Merriam-Webster trace the usage to the late 1300s. So what’s the beef?

Merriam-Webster acknowledges that the singular “they” has been used historically, even if using “they” for nonbinary genders is relatively new. But still somehow many believe that “they” has always been used as a plural pronoun. People often get confused because they feel like they are referring to a group of people as opposed to an individual.

Merriam-Webster points out in its online resource, “There have always been people who didn’t conform to an expected gender expression, or who seemed to be neither male nor female. But we’ve struggled to find the right language to describe these people — and in particular, the right pronouns.” It goes on to say that there has always been a need for these pronouns. In the late 17th century, people who did not identify within the gender binary or whose gender was unknown were referred to as “it,” which is a dehumanizing term. A replacement should be welcome.

The usage of they/them pronouns is beneficial to everyone, including those who are reluctant — or maybe downright refuse — to use them. We are having more discussions now than ever regarding gender identity and expression, to the point that, culturally, we are now concerned about making assumptions about someone’s gender. And, I mean, who doesn’t love a third option?

Instead of accidentally (or intentionally) misgendering someone because they don’t fall into your binary idea of gender, you won’t have to fake it or be embarrassed or be rude; you can just use a singular “they” or “them” and save us all the trouble. These grammatical “issues” may be legitimate concerns for a certain part of the population, but they are shallow in comparison to the very real challenges facing trans and nonbinary individuals, from socio-economic disparities to the ongoing struggle for our community to achieve a simple modicum of respect.

Then there’s the generational question. Many argue that things have changed so much, and there is a segment of the population that is just never going to understand the concept or reasoning behind this particular use of pronouns. A simple rebutttal to this would be that times change, and people do evolve. There are some in the literary world who believe the singular use of “they” goes against everything they have been taught, yet here we are, learning new things every day.

For example, Merriam-Webster in 2019 alone added 1,000 words to the dictionary, including “stan,” a word that originated in pop culture, and “unplug.” If you think about it, these are words we would never find used historically, but we use them regularly today. Considering singular they/them pronouns have a longer legacy than any of these new words, it should be easy to integrate the usage into our vernacular.

We are constantly finding ways to innovate and streamline the way we speak, and the way we live our daily lives; why does this have to be any different? Is it at all possible that this streamlining could also humanize those whose identities have been questioned and cast aside? My vote is “yes,” if anyone would like to take a survey.

In short, if all else fails, be kind and default to “they.”