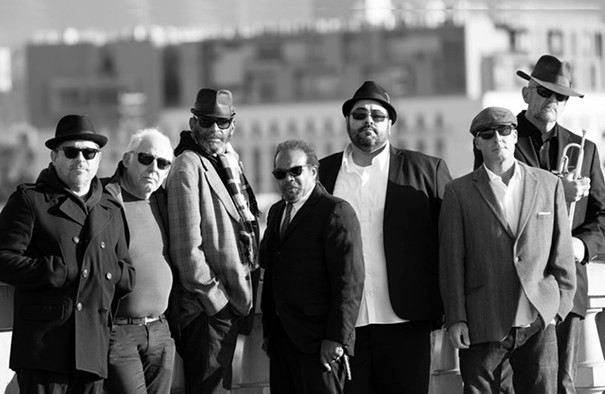 Hollywood’s famed Sunset Strip, once described by Mötley Crüe’s Vince Neil as a “cesspool of depravity,” was Ground Zero for fellow ‘80s hair-bands like Poison, W.A.S.P. and Warrant. But if you drove past glitter-rock havens like the Roxy and The Whisky a Go Go, and continued along Sunset until you reached Silverlake, you’d have found an altogether different music scene.

It was there, in a failing Chinese restaurant called Oriental Nights, that a British ex-pat opened the ON Klub, a semi-underground music and dance venue that catered to a fledgling subculture of mod, ska and Northern Soul fans. Among them was a close-knit group of Crenshaw District teens who, having graduated from BMX bikes to Vespa scooters, would make the half-hour drive north to hear music by artists who were virtually unknown in the States.

“We were doing the whole mod thing, and would come in, like six or seven deep, to see our favorite bands and just dance all night,” recalls The Untouchables’ lead singer Jerry Miller. “People started asking who we were, and sometimes we’d tell them we were a church group, as a tongue-in-cheek thing. And then people started telling us we should start our own band.”

So they did. While bands like The Specials, The Selecter and The Beat were breaking down color barriers, The Untouchables put together an integrated lineup that included Miller and longtime friends Chuck Askerneese, Clyde Grimes and Kevin Long sharing vocals and songwriting duties. By 1982, they were playing a weekly gig at the Roxy, a residency that would continue for two years.
“We were packing the club on Wednesday nights, and it became a total lifestyle,” says Miller. “The owner Mario really liked that fact that we were good kids. We’d get into mischief, but we were always very respectful.”

It wasn’t long before the The Untouchables were recording for Stiff Records, the British indie that released singles by Elvis Costello, Nick Lowe and The Damned. Their Motown-influenced single “Free Yourself” reached the UK’s Top 30, after which they spent eight months living in London, which served as home base for gigs throughout the UK and Europe. And then, in a story as old as the record industry, they signed to a major label and were pressured into making more commercial music. “I think people were picking up on the fact that we were trying to be something that we weren’t,” says Miller.

Still, the band scored another hit with a cover of Edwin Starr’s 1965 single “Agent Double-O Soul,” and has continued to perform and record in the years since.

While Miller was devastated when Clyde Grimes passed away in 2016, he’s still optimistic that 2020 will be a big year for the band. Chuck Askerneese is back onboard, as is keyboardist Josh Harris, and the current tour will find them recapturing their original sound. They’ve recorded a reggae cover of B.J. Thomas’ ‘60s hit “Hooked on a Feeling” for a British compilation, and will be recording and touring Europe later this year.

“Ska seems to go away and come back every 10 years, and now people are getting into it again,” says Miller. “I think people sometimes go to other places musically, but eventually they come back.”