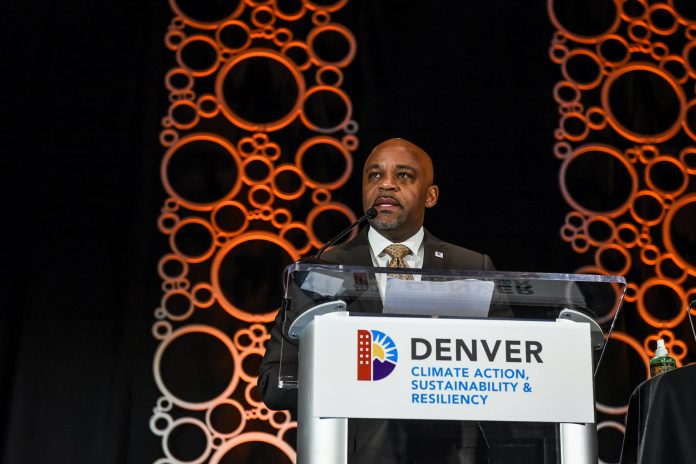 Sustainability is a cornerstone issue for Denver and its citizens. As we look ahead at a future where climate change will impact every one of us, we want to give a platform to the people and groups spearheading sustainability efforts in the Mile High City. In this sustainability series, we will discuss the problems, explore the solutions, track the efforts and explain how to develop better sustainable practices in daily life.

Denver is trying to change the way it handles sustainability and given recent efforts, it’s obvious that the city and its citizens are ready for more action. As some background, in 2014, Mayor Hancock released a set of guidelines created by city departments and community stakeholders that should have been met by 2020, with 12 categories to improve upon including air quality, energy and emissions. But the results weren’t as clear as the targets, and skeptical critics kept needling the Office of Sustainability for more transparency. In 2018, the mayor released his 80×50 climate plan (80% emission reduction by 2050 based on 2005 levels) — a goal that the city still officially subscribes to.

READ: An Update on Denver’s Sustainability Goals in 2018

In 2019, Mayor Hancock announced he would allocate $40 million to sustainability initiatives in 2020. At the same time, City Councilmember Jolan Clark pushed for, among other climate actions, a massive reorganization of the sustainability office (which used to consist of three employees) into a bigger agency called the office of Climate Action, Sustainability and Resiliency (CASR). The decision to form the CASR was voted in favor 11-0 by Denver City Council in November 2019. 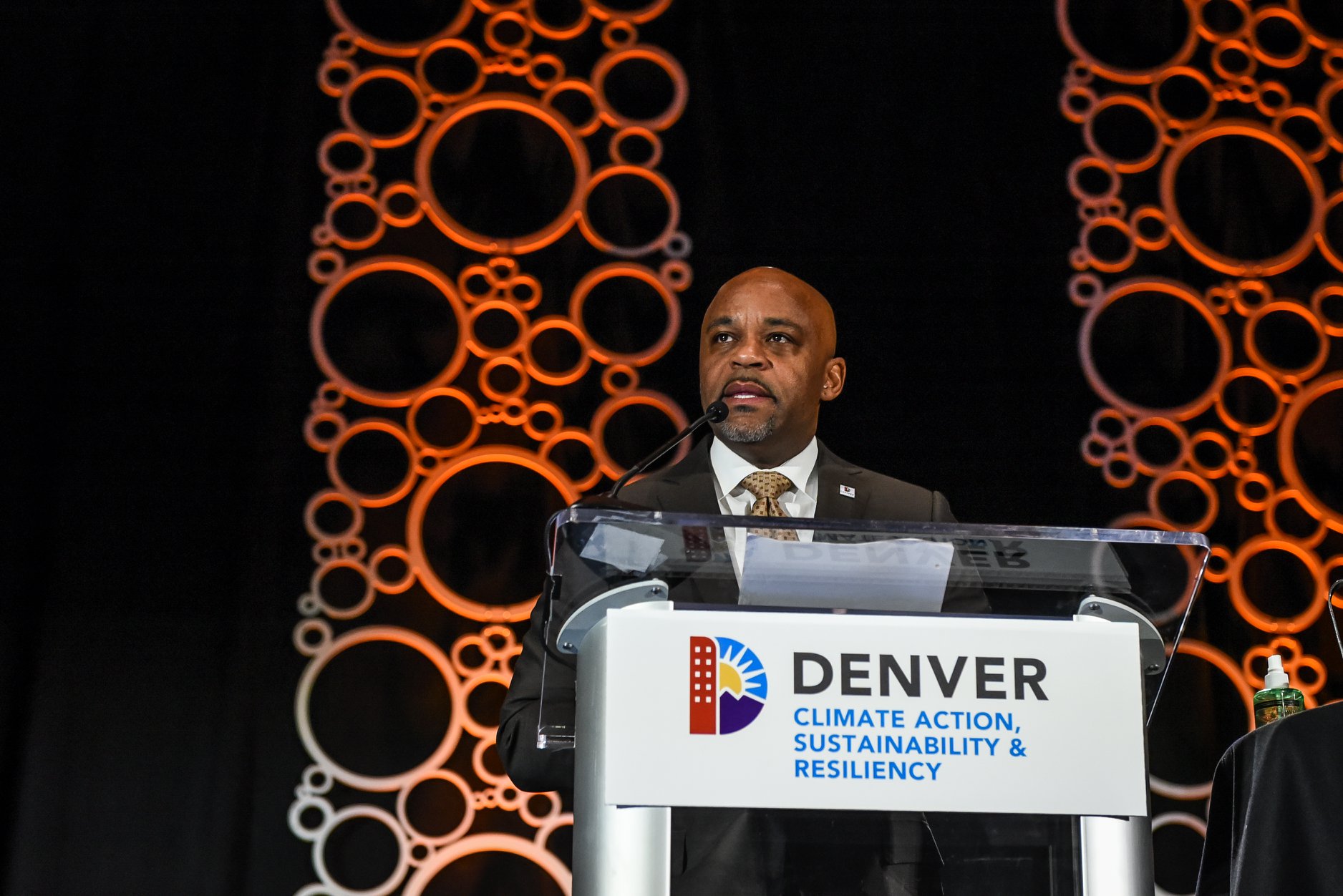 This new department has dedicated employees of CASR, including two of the three former Office of Sustainability employees. But it also includes the climate team from Environmental Quality and members of the Solid Waste Management team (recycling, compost, trash) from the Department of Transportation & Infrastructure (DOTI). In addition to the dedicated city employees, the CASR office is restructuring and expanding the old Sustainability Advisory Council so that it will now have several different subcommittees filled with experts and led by mayor-appointed co-chairs. Although this sounds complicated and bureaucratic, it should be a beneficial centralization, especially considering that complaints about the previous Office of Sustainability were rooted in a lack of cohesion and accountability. In other words, the CASR is now a cross-department organization that should be able to get more done.

Grace Rink, the new Chief Climate Officer and head of CASR, noted that the collaborative structure of the new office is “exciting for us because we want to focus on the circular economy — managing the policy and making sure there are city-wide initiatives.” In order to do that, the CASR office needs to have connections with all the city departments that actually do the work.

“Our approach is 100% collaborative, but we are very much a policy-making organization. We also run some programs directly, like the benchmark program, but we are not implementers,” Rink explained. For instance, the CASR “can set a goal for how much surface is covered by green space, but we are not the ones to buy open space or create parks. We need to work in collaboration with them. It’s about us working with them on the ground level from the beginning.”

The former President and CEO of the all-women sustainability consulting firm Quercus Consulting in Chicago, Rink brings more than two decades of experience in sustainability consulting for governments — she led the nation’s first multi-jurisdictional RFP for solar power onto grids; introduced a solid waste and food scrap diversion program in Illinois; and oversaw transitional programs to encourage electric vehicles, as only a few examples. 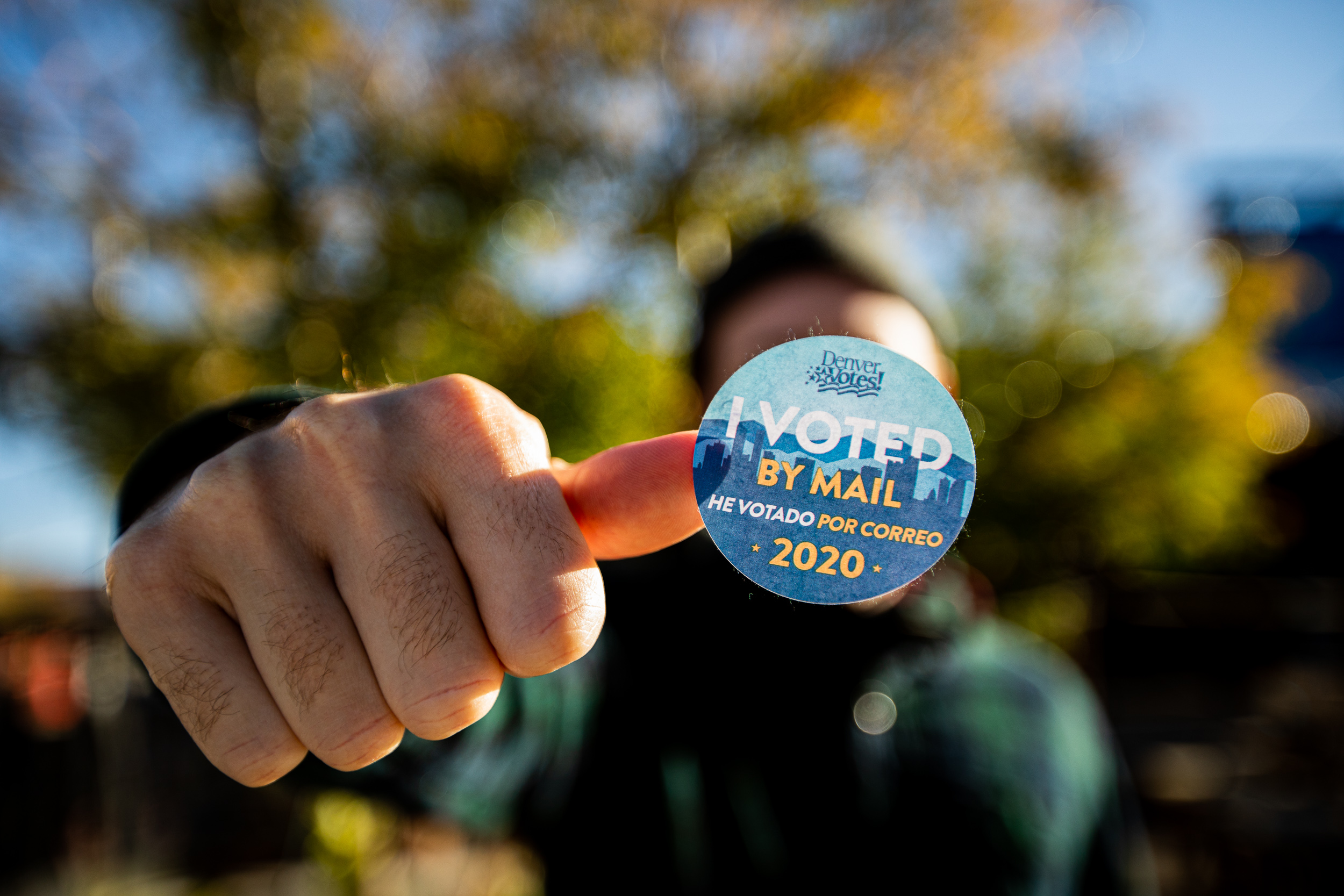 When Rink started in March 2020, Denver City Council had already convinced Mayor Hancock to create a task force to study and write a climate action report with recommendations for how to improve sustainability. The task force was composed of nearly 30 community members, all volunteers, who represented everything from the oil industry to environmental activists. Throughout the process, the CASR office offered technical advisory to the team, “helping with science and city systems” as Rink commented.

The main focal point of the task force, aside from writing the report, was to make sure the recommended efforts could be funded. Leading up to the election in November 2020, the task force convinced City Council to add a sales tax increase to the ballot, which as many of us know, was accomplished and then approved by voters.

Dominique Gomez, a member of the task force who worked at Salazar Center for North American Conservation at the time of her participation mentioned that “a lot of the urgency was around the sales tax. We knew that without dedicated funding it wasn’t going to happen, period. That’s the sad part about climate recommendations across the country. Not that individual actions aren’t super important, but the most important thing to us at the time was [the ballot initiative in] November.”

Now, the CASR office led by Rink is figuring out which recommendations in the report are achievable within the constraints of city government, as well as targeting programs that will use the sales tax fund. However, she suggested that immediate action based on the recommendations would likely be incremental, not because the circumstances aren’t urgent, but because enacting policies that aren’t carefully scrutinized can have detrimental consequences for a budding sustainability initiative. “Our office was born out of stakeholder engagement so when we develop a policy, it will be working with community members and representatives to figure out how to make it work for everybody. We’d rather take our time and make sure it works.” 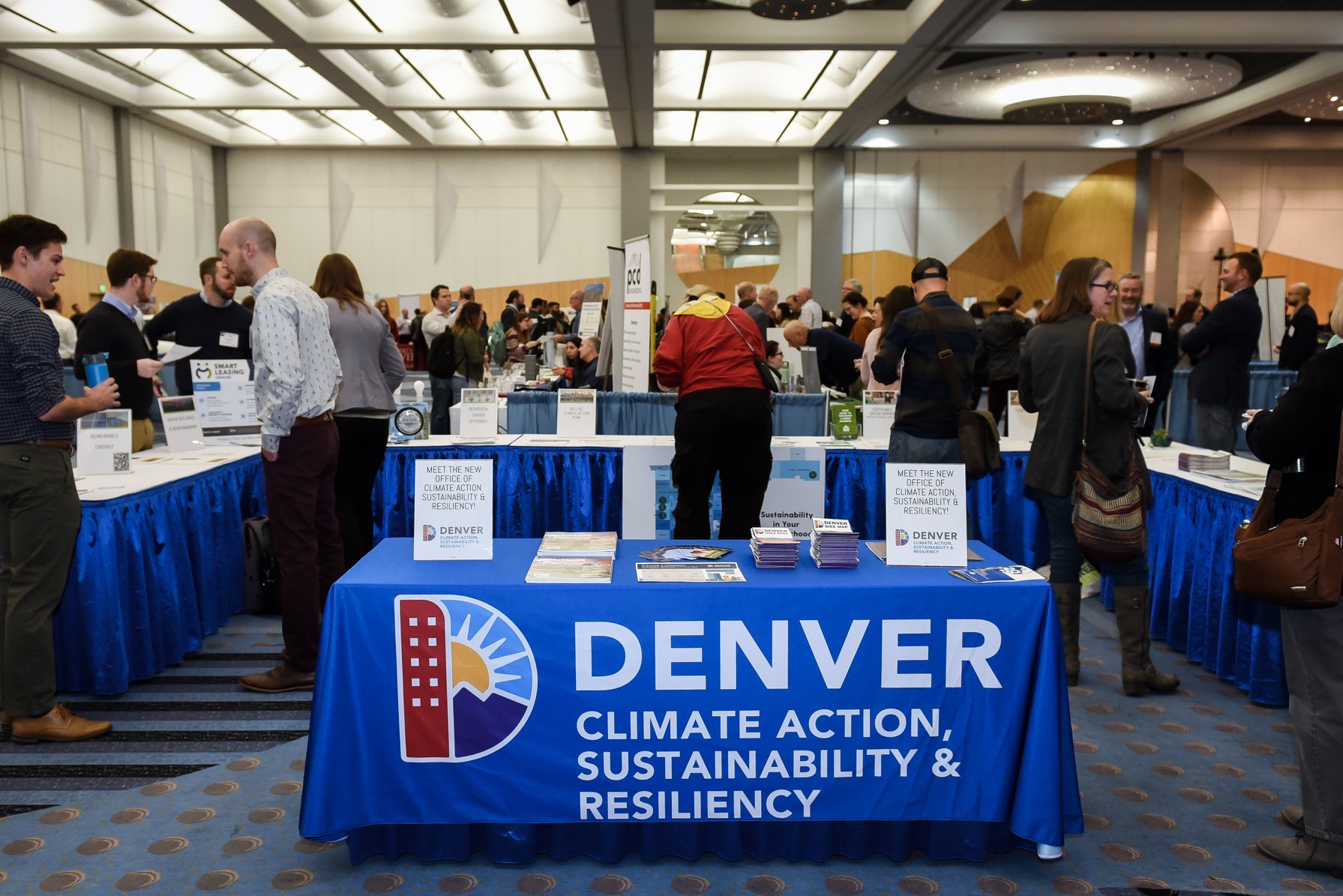 With the sales tax increase, which is estimated to bring in between $20 and $40 million each year, sustainability efforts in Denver will have more funding than ever before. According to several sources, Denver is the only city leveraging a sales tax for climate action, although other cities like Portland, Oregon tax corporations for a similar climate fund. This could put Denver in a place to provide an example for other municipalities that want to act faster to address climate change.

Since the sales tax doesn’t affect items like food, water, medicine, or feminine hygiene products and diverts 50% of the funding to communities at most danger of climate change in Denver, the benefits seem to outweigh the costs. Rink said, “the cost of doing nothing is huge. What is the cost of continuing to do nothing for the next 50 years? The people of Denver have spoken and they are ready for us to make investments, and to do it every year.”

With the new bankroll, the new office, the new Chief Climate Officer and the new directive to focus on environmental justice (with the 50% diversion), many are celebrating the potential for swift and noticeable action. But, as Rink and others involved in the process mentioned, it’s important to remember that much of the work is accomplished through nearly invisible efforts.

“We will definitely use the [sales tax] fund to change people’s lives for the better in Denver, whether it will be visible to everyone is less clear,” she said. Some of the first efforts include updating low-income households with electric appliances as well as weatherization additions (like sealing windows and adding insulation) to make it easier for those homes to be on renewable energy grids and more resilient to climate change. It’s part of the “net-zero energy new buildings and homes implementation plan” that was released this January.

Jacob Bornstein, the lead consultant for the climate action recommendations report, validated Rink’s thoughts when he commented that “we are seeing strong commitment from the city and I think that’s pretty powerful. Whether or not it’s something that’s fast enough is another question.” He added that the choice to rebuild the Sustainability Advisory Council — an effort that the CASR is now spearheading — provided tangible evidence that the city was not simply putting the recommendations from the task force “on a shelf.”

Other members of the task force echoed some of Bornstein’s opinions. Gomez mentioned that the trust she felt for the other members working on the report “extends to the city staff who we worked with as well. They are clearly committed to this. I trust that now they have the funding, they are dedicated to the recommendations we put together.”