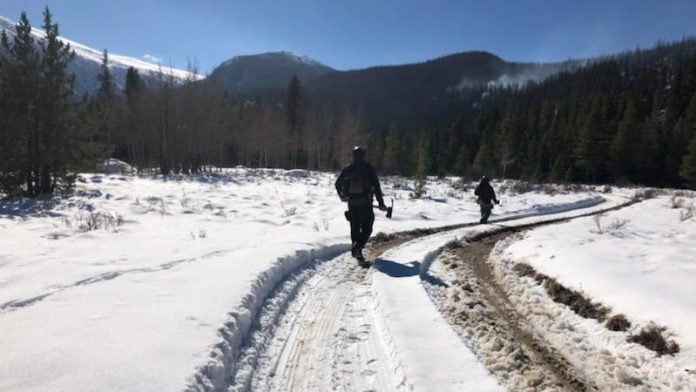 Much of the Roosevelt National Forest burned by the Cameron Peak Fire remains closed, but the area’s more popular winter trails are open.

Despite the devastation, much of the popular Cameron Pass area is open. This includes the Cameron Pass Trailhead and restroom, Cameron Connection Trail, Zimmerman Lake and Zimmerman Loop trails and Montgomery Pass.

The Long Draw ski route and lower portion of the Meadows Trail are open, but most of Long Draw Road remains closed, including to over-snow vehicles, according to a Roosevelt National Forest news release.

In the Red Feather Lakes area, Dowdy and West lakes and Mount Margaret and Lady Moon trails are open.

The lower Poudre Canyon area also is largely open, starting from the Kelly Flats Campground down to the mouth of the canyon.

A map shows much of the remaining area is closed.

A news release said crews continue to evaluate other recreation areas as conditions allow with volunteers ready to support reopening efforts once it is safe for them to do so.

The Bierstadt Trail system has reopened and can be accessed from Bear Lake, Bierstadt Lake Trailhead and from the Park & Ride area.

In the Bear Lake area, the trail past Lake Helene to Odessa Lake remains closed. Flattop Trail is open to the summit of Flattop Mountain but is closed past that point.