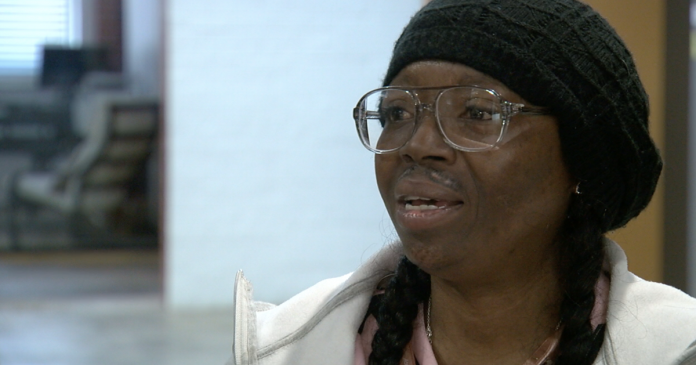 AURORA, Colo. — Elijah McClain’s mother on Monday read the lengthy investigation about her son’s death and “burst out in tears,” saying the 157-page report proved Elijah shouldn’t have been treated as a suspect when he was detained by Aurora police in August 2019, an incident that led to his death several days later.

“It made me cry,” Sheneen McClain told Denver7. “I just burst out in tears, because it felt like such a relief to hear those words that exonerate my son. It meant they couldn’t hide anymore from the truth. Everybody’s eyes are on him right now, all around the world, and everything that they did to cover up their tracks is appalling. It’s shameful for Colorado.”

LaWayne Mosley, Elijah McClain’s father, said he was happy “that somebody else sees that they’ve got a problem in Aurora.”

“They’ve got a bunch of problems in Aurora, and they can’t keep hiding,” Mosley said. “We see them now.”

The report — which was compiled by an independent team at the Washington Lawyers’ Committee for Civil Rights and Urban Affairs and commissioned by the Aurora City Council — called the city’s investigation into McClain’s death “flawed” and concluded that it “failed to meaningfully develop a fulsome record.”

McClain, a 23-year-old Black man, had been walking home from a nearby convenience store when a passerby reported him to police as looking suspicious because he was wearing a face covering at the time.

The report said the events that led to McClain’s death happened quickly, but neither the person who called 911 nor the responding officers identified a crime that was occurring. Police claimed McClain was acting suspiciously, wearing a mask and waving his arms in a high-crime area.

But the investigation released Monday concluded that the officers failed to re-evaluate the threat McClain allegedly posed and quickly acted to arrest McClain with no basis he was suspected to committing a crime.

Sheneen McClain said the report released Monday “totally” mattered to her and her family.

“It matters that he can no longer be labeled a suspect,” Sheneen McClain said. “It proves that he does have good character, and it proves that the police were totally out of line.”

A key part of Monday’s report noted that while McClain’s autopsy did not prove that ketamine contributed to his death, paramedics’ use of ketamine — and the dosage given to McClain — was questionable. Police said McClain was in a state of “excited delirium,” though body-cam footage raised questions about whether that was true, the report said.

And when paramedics gave McClain ketamine, they gave him a dose of 500 milligrams based on estimating him to be 190 pounds. McClain was about 140 pounds, according to his autopsy.

“The fact that [ketamine] was used in such a way for no reason — it wasn’t even called for,” Sheneen McClain said. “It wasn’t needed, you know what I’m saying? He was already handcuffed. Elijah should have lived. He should not have died at all.”

Sheneen McClain said she hopes the report makes people realize “that inhumane humans are the problem.”

“It’s not about color,” McClain said. “I mean, we can say it is all day long. It’s about human rights. If we don’t start treating each other better, the world’s not going to get better. And it’s up to us. It really is up to us. And only the good people can stop the evil ones from doing all the things that they do and have gotten away with for years, for decades.”

Mari Newman, the attorney who represents McClain’s father and co-counsel for Elijah McClain’s estate, issued a statement Monday afternoon that called the report “a scathing indictment of the City of Aurora, from top to bottom.”

“The report confirms what we have known all along: Aurora Police and Medics violated Elijah McClain’s civil rights, and Aurora did everything in its power to sweep his murder under the rug. It is impossible for Aurora to continue to deny responsibility for murdering this innocent young Black man. The City of Aurora and its police and medics who murdered Elijah McClain must be held accountable,” Newman said in a statement. “…The investigation report is replete with the details of individual and organizational failures of the Aurora Police Department that ultimately caused Mr. McClain’s wholly unnecessary and brutal death.”

Mosley earlier Monday said in a statement, issued by Newman: “This report confirms what we have been saying from the start. The Aurora police and medics who murdered my son must be held accountable.”

The law offices of Rathod Mohamedbhai LLC, a Denver-based law firm that represents McClain’s mother, released a statement on her behalf earlier Monday saying she “is relieved that the truth surrounding the death of her son is finally coming to light.”

Community activists on Monday called for action beyond the report.

“You know, this morning, when I first, you know, briefly glanced at the report, I got enraged all over again,” said community organizer Lindsay Minter, who helped lead protests over McClain’s death. “That anger seared up in me just like it did when we first heard. … And I can’t imagine what the family, what Miss Sheneen McClain is thinking every time this wound gets reopened — and reopened knowing that she has still not received justice for her child.”

“There’s nothing in there that has not been said by 100 different community members – people active civically,” Bailey said. “This is not new.”

“More questions, less answers, and no action whatsoever,” Bailey said of the report. “You just got 157 pieces of paper. You killed a lot of trees for nothing, for absolutely nothing but an opinion and a recommendation, and that is not what Aurora has asked for. It is not what Sheneen McClain has asked for, and it is not what Elijah McClain’s life deserves. He doesn’t deserve a recommendation. He deserves accountability and justice. … Elijah McClain did nothing wrong but be a Black man in America.”

McClain’s death sparked outrage among his family and supporters and drew nationwide attention last summer, in the wake of George Floyd’s death.

The 17th Judicial District Attorney’s Office said in a letter in November 2019 that they were not going to pursue charges against the officers or EMS personnel involved in McClain’s death.

But Monday’s report said that not only did APD’s Major Crime investigation fail to look far beyond the officers’ statements, but the district attorney’s office’s review “failed to assess the conduct of the officers.”

The report also dinged the district attorney’s office for its investigation, saying that “it is critical that a prosecutor conduct and include a thorough and accurate assessment in any report he or she issues” and that “the conclusory nature of the district attorney’s findings on [the issue of the Major Crime Division interview with the officers] similarly left open important questions.”

Newman and Mosley said they would keep pressing for accountability.

“My hope is that this independent report will shed additional light on the fact that it is a department run amok, that it will eventually lead to not just the termination of the officers and medics who murdered Elijah McClain, but criminal indictments and prosecutions of those officers and medics,” Newman said. “Because something has to change. Enough is enough.”

“I love him and I miss him. Wish he was here. His brothers and sisters miss him. His aunty, grandma — everybody misses him and we wish he was still here. But I’m still here, and I’m not going nowhere until the end of this case,” Mosley said. “Because I don’t want anybody to go through this again, ever. Just period. It takes everything to keep cool and calm, so I don’t want anybody to have to go through this.”

City of Aurora officials, including the police and fire chiefs, are expected to discuss the investigation results in a news conference on Tuesday morning.