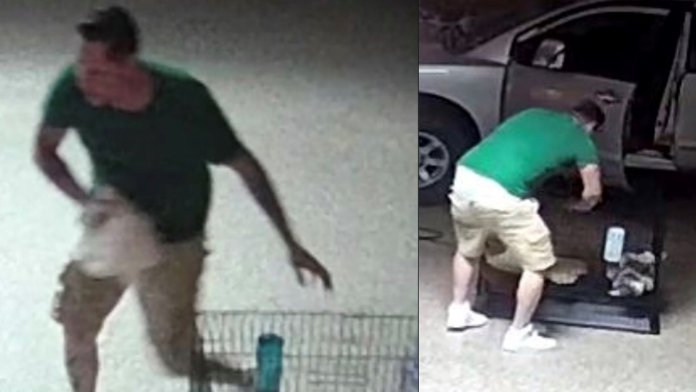 THORNTON, Colo. — An arrest warrant has been issued for a man suspected of stealing six puppies from a pet store in Thornton.

The Thornton Police Department said they have issued an arrest warrant for 35-year-old Joseph Gilbert Martinez, who is currently at-large. He is wanted on charges of burglary, theft, criminal mischief, aggravated motor vehicle theft, and six counts of cruelty to animals, police said.

On Thursday around 10 p.m., Martinez allegedly drove a vehicle through the front of the Pet Ranch, located at 3833 E. 120th Ave. in Thornton, before grabbing the puppies from their cages and taking off with them.

The store is offering a $10,000 reward for information that leads to the arrest of the suspect.