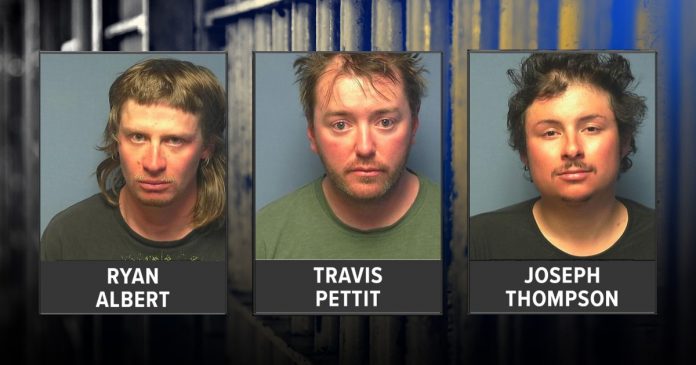 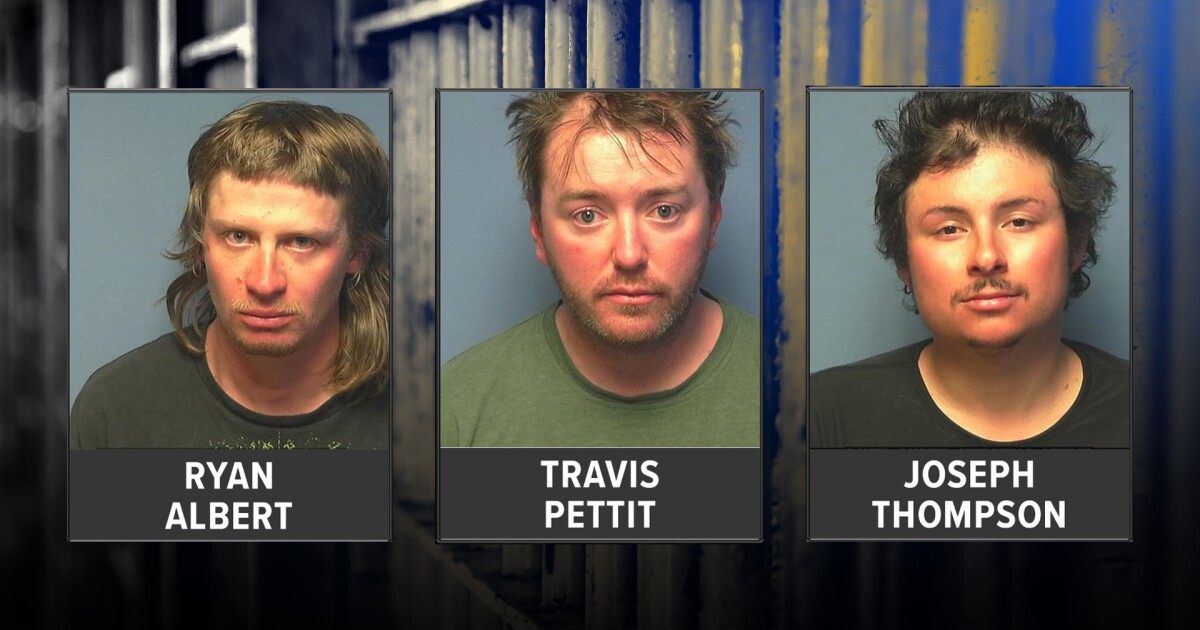 STEAMBOAT SPRINGS, Colo. — Three men, who all live outside of Steamboat Springs, were arrested in the city Monday evening on charges of not complying with the public health order after refusing to leave a friend’s residence, police said.

Around 9 p.m. on Monday, a person called police to report that a roommate had invited friends over at their residence. The caller tried to get the visitors to leave, but was unsuccessful, and then called police, according to Annette Dopplick, operations commander with the Steamboat Springs Police Department.

Officers arrived and “provided ample opportunity for voluntary compliance,” Dopplick said. The men refused to disband or provide their names.

Police determined that the three visiting men — later identified as Ryan P. Albert, 25, Travis J. Pettit, 34, and Joseph A. Thompson, 28 — had failed to remain at home and left their residences outside of Steamboat Springs, Dopplick said. This is a violation of the Public Health Order 20-24 Implementing Stay-At-Home Requirements issued by the State of Colorado, police determined.

A fourth person, Robert D. Rees, 46, faces charges of third-degree assault and obstructing a peace officer, but was not arrested, according to a police report.

All of the charges are misdemeanors.

A judge issued a no-bond hold for the three men arrested. They spent the evening in jail and were released Tuesday afternoon.