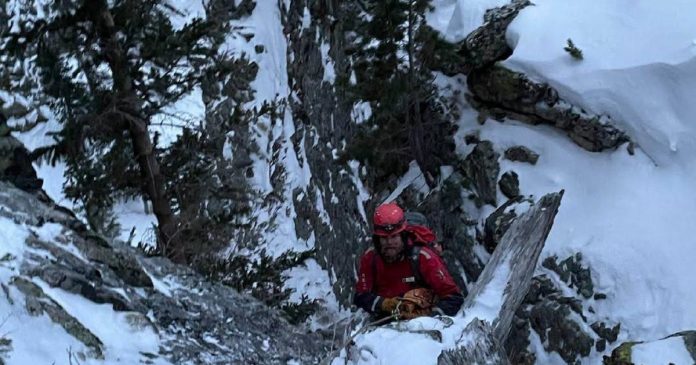 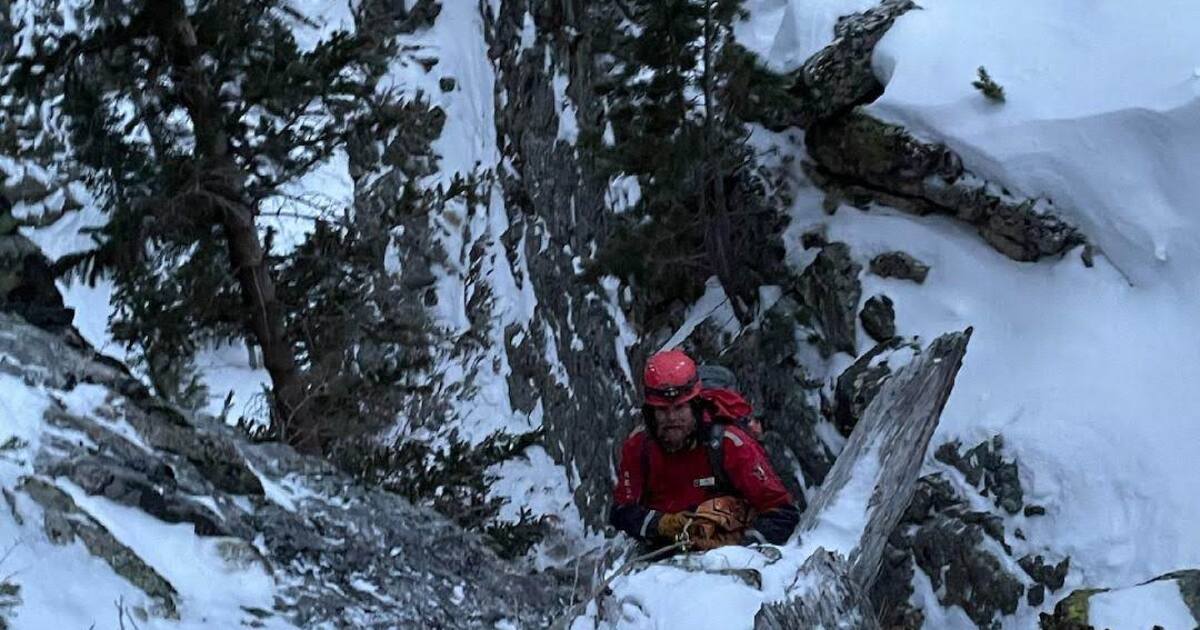 SUMMIT COUNTY, Colo. – A rescue team in Summit County saved three people – one of them from out of state – during two different missions after they were stranded on Quandary Peak and Mt. Royal over the weekend, according to officials.

The Summit County Rescue Group said volunteers first responded to a rescue call in a chute on Mount Royal on Sunday at around 2:30 p.m. The chute is known as the Coin Slot.

Officials said two stranded skiers were at the top of the skiable terrain in the chute when they noticed a sudden collapse of snow, and added both skiers “wisely decided” they could not safely exit further down the chute, but also found they were unable to climb back up to the top.

A total of nine people, including a technical team, responded to the call and gave skiers a quick on-the-spot class on ascending using jumar devices, officials said.

Neither skier from Summit County was injured, officials said, adding the first mission ended about five hours later, at around 7:30 p.m.

Charles Pitman, a spokesman for the rescue group, said in the news release that there were areas of significant avalanche concern for the area that day and that the skiers were lucky as taking another step would have ended “with a potentially devastating outcome.”

That wouldn’t be the only call the rescue group would be responding to that day.

At around 3 p.m., the Summit County Rescue Group received another call, this time for a missing hiker in Quandary Peak.

The man, who was from out of state, reportedly told a family member he was going to hike up the East Ridge of Quandary Peak after a change of plans. Officials said the man originally intended to hike the West Ridge trail.

By mid-afternoon, however, the out-of-state hiker had not checked in with the family member and teams were sent to the area to find him.

It wasn’t until about 5:30 p.m. that one of the rescue group’s field teams noticed a hiker’s headlamp, which belonged to the missing hiker, who was rescued and escorted back to a command post. The hiker was not injured, officials said.

“The hiker deviated from what was thought to be his intended route up Quandary Peak. He ascended a north facing couloir, an ascent with about a forty-degree pitch, and he was constantly sinking in up to his hips,” said Pitman in the news release. “The potential for causing an avalanche was substantial.”

Pitman further added that hiking up a north-facing 40-degree couloir “was probably not a wise decision” as such a slope angle is prime for avalanche activity.

“In addition, this hiker was unaware that the weather was due to change from sun to snow later in the day,” he said.

Pitman strongly encouraged those seeking to venture out in the backcountry to plan ahead and be aware of weather conditions for that day.

“We dodged a bullet or two on Sunday,” he said.