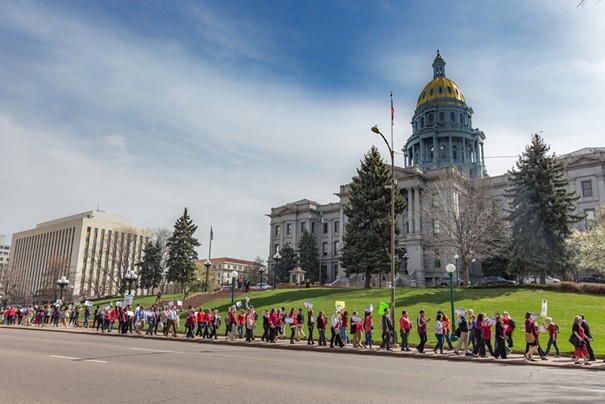 Keep it brief and make it personal. That’s the advice from advocacy groups on how to convey your message when writing to elected officials.

The American Civil Liberties Union (ACLU) and other groups agree that well-crafted letters can be effective in communicating with politicians, because they are seen as representing not just the position of the writer, but of others who didn’t take time to write.

Timing can be everything, they say, noting a letter-writing campaign should come as officials are considering legislation. Just be sure the letter is mailed in time to undergo certain security procedures, such as testing and decontamination before delivery.

While social media carries immediacy, it’s often viewed as impersonal and too easy. Phoning it in can jam phone lines, and while that might draw attention to an issue, many callers won’t get through.

Letters, though, reflect that a sender has taken time to compose a message, and they’re bound to remain on someone’s desk for a time, congressional staffers told The New Yorker in 2017.

The OpenGov Foundation in 2017 looked into the systems, tools, constraints and human factors involved in constituent outreach to Congress members.

It found that congressional staffers believe in-person visits are the most effective way to channel concerns. “The truth is that more weight is given to groups of constituents who show up in person,” OpenGov quotes one staffer as saying. “I hate to say that people have to fly across the country, but it really does have more of an effect.”

Personal letters, which require more effort, generally have a greater impact. If a letter contains a personal experience, it has a better chance of standing out from the millions of others delivered each year to House and Senate members.

One staffer told OpenGov, “I have a folder on my desk of unique, moving, personal stories for the Member to review and respond to by hand.”

The ACLU advises to keep letters short and to the point, never longer than one page. Limit commentary to a single issue and identify it by name, such as House Bill No. 2020, or Senate Bill No. 45. Add a short description, such as “the bill that would repeal the death penalty.”

Hit three important points and describe why they’re pertinent. Personalize the letter, telling your elected official why the issue matters to you, your community and your state, and how it will affect your family.

Also, personalize your relationship. Mention if you’ve voted for the official, or contributed time or money to the official’s campaign. “The closer your legislator feels to you, the more powerful your argument is likely to be,” the ACLU website advises.

Nathan Woodliff-Stanley, ACLU of Colorado’s executive director, suggests constituents participating in a postcard campaign jot a note on the card to give it a personal touch.

While he says the writer should mention if they reside in the legislator’s district, “Don’t make any threats, like, ‘I won’t vote for you.’” Also, use the proper greeting, such as “Dear Sen. Smith.”

Another tip: “Don’t forget you can write letters of thanks,” Woodliff-Stanley says.

He voted against it anyway, she notes, but should realize how hundreds or even thousands of his constituents feel.

Similarly, closer to home, a flood of emails and letters sent to the Colorado Springs City Council in 2016 opposing the trade of the city’s Strawberry Fields open space to The Broadmoor failed to derail the swap.

But Woodliff-Stanley cites cases in which letters turned the tide, including Colorado’s bills on comprehensive sex education and reform of the Department of Youth Services.

Importantly, Woodliff-Stanley says, “The first step is knowing your legislators. Know your district, who your senator and representative are, what committees they’re on. The more you get to know them, the more effective your communications will be. Ultimately the most effective of all is getting to know them in person.”

Here’s a partial list of sources for finding addresses for your elected officials: