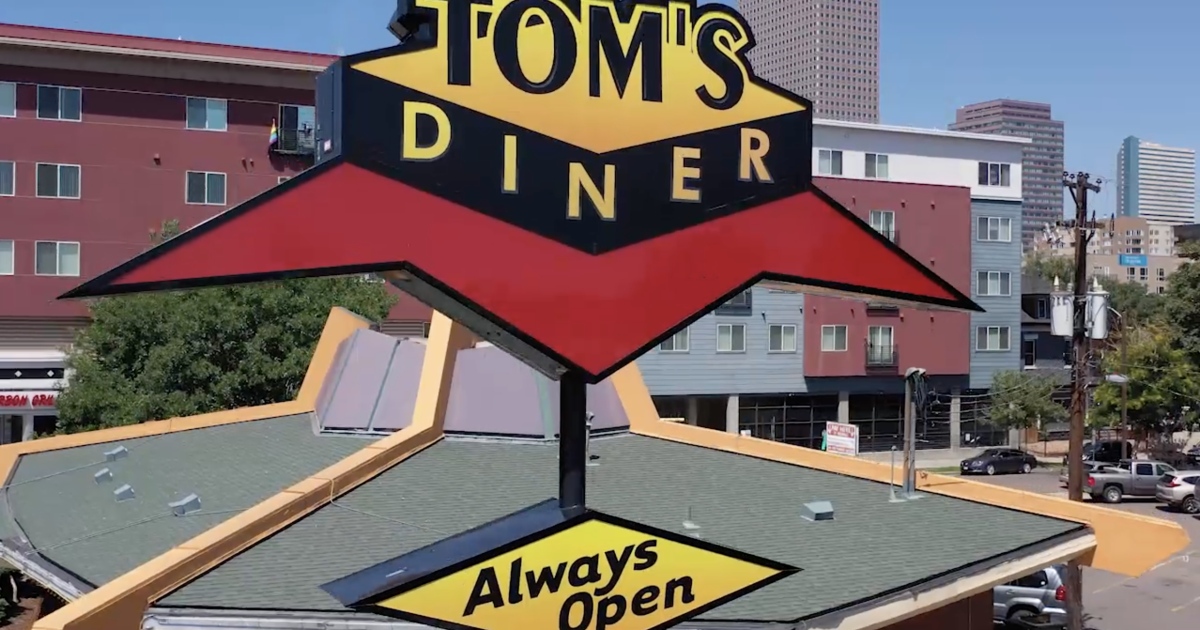 DENVER – Tom’s Diner in Denver won’t be demolished and will receive a historic designation after all, according to a development group that partnered with the diner’s owner.

GBX Group – a Cleveland, Ohio-based firm that works to preserve and develop historic buildings – announced on Saturday that Tom’s Diner will be “reinvented” and listed on the National Register of Historic Places.

Few details about the deal were released, but GBX said the plan would “preserve and rehabilitate Tom’s Diner so that the building facade and important interior elements will be retained in line with its historic character.”

The fate of the 1967 Googie-style building, a fixture on East Colfax Avenue near downtown, was debated for months earlier this year, when a group of residents fought for the building’s preservation, as owner Tom Messina planned to sell the property.

The residents’ group had applied for the building’s historic designation through the Denver Community Planning and Development Office but withdrew the application in August.

Messina, at the time, called the withdrawal “a great relief,” as he was able to move forward with plans to sell the property.

“To have your life’s work, investment, and future in the hands of others is a position I wish upon no one,” Messina said in the statement. “I would encourage the City to look at revisions to the landmark process when it comes to applications that aren’t supported by the property owner because from my experience, it is extremely burdensome and scary. Becoming a landmark carries the weight of fundamentally changing one’s property rights, and many times it felt like the cards were stacked against me in this process.”

After the application was withdrawn, the preservation group Historic Denver contacted GBX in hopes of a “solution that benefited everyone,” the group’s executive director, Annie Levinsky, said in the press release Saturday.

GBX was also involved in the preservation of the nearby George Schleier Mansion, Levinsky said.

Messina previously told Denver7 he had been trying to sell the property the diner sits on for $4.8 million to a developer and have it demolished, adding he pleaded with the city’s Landmark Preservation Commission and city council not to designate the 1960s diner as a historic landmark.