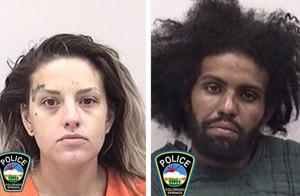 A Colorado Springs couple accused of allowing their 15-month-old child to die of a fentanyl overdose are set to face a jury trial in December, and they will be tried together despite pushback from their defense attorneys, a judge decided Wednesday.

Joenny Manuel Astacio Ottenwalder, 36, and Kira Lee Villalba, 29, are charged with child abuse causing death in connection with the overdose of Cairo Astacio, who died in November.

They also face six allegations in a second case filed against them in July, including reckless child abuse causing serious bodily injury, contributing to delinquency and controlled substance distribution to a minor after police say the couple sold drugs on multiple occasions to a 13-year-old girl. She overdosed twice and survived.

After Judge Laura Findorff ruled at a preliminary hearing in August that charges could continue to be filed against Ottenwalder and Villalba in both cases, the prosecution filed a motion for the two to be tried together in each case.

Both defense attorneys argued that trying their clients together rather than separately would be prejudicial because each of their defenses somewhat relies on proving the other defendant was more responsible for Astacio’s death.

Findorff sided with the prosecution, saying “all of the evidence” for both defendants is the same and that both were home the night Astacio died.

If found guilty on all charges in both cases, Ottenwalder and Villalba could face a combined 38 years in prison.

Ottenwalder and Villalba’s right to a speedy trial for both cases comes at the end of February, meaning both cases need to go to a jury trial before March, Findorff said.

Availability of the participating attorneys and the court meant that a December jury trial was required for both cases to be heard before the end of February.

In a separate case, a judge determined Tuesday that Emma Staton, who is accused of allowing her 4-year-old child to die of a fentanyl overdose in July, would also proceed to a jury trial sometime next year.