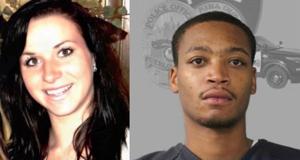 The trial for the alleged murder Kelsie Schelling, who was pregnant at the time of her disappearance, is scheduled to begin in January after being pushed back due to new evidence findings, Gazette news partner, KKTV, reports.

The man accused of killing his pregnant girlfriend, Donthe Lucas, was in court Monday before his scheduled trial. Schelling went missing in February of 2013 when she was heading to Pueblo from Denver to see Lucas about her pregnancy.

The court decided to add another hearing this week because the judge needs more time to decide what can or can’t be used in the upcoming trial.

Schelling’s mother, Laura Saxton, explained the family is nervous this could push the trial back again, according to KKTV. The trial has already been pushed back twice.

Schelling’s body still has not been found.