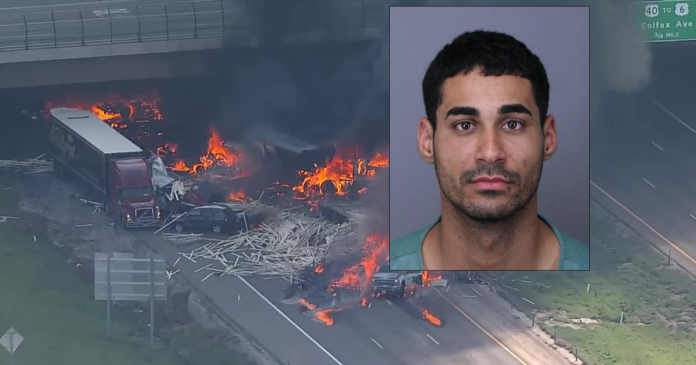 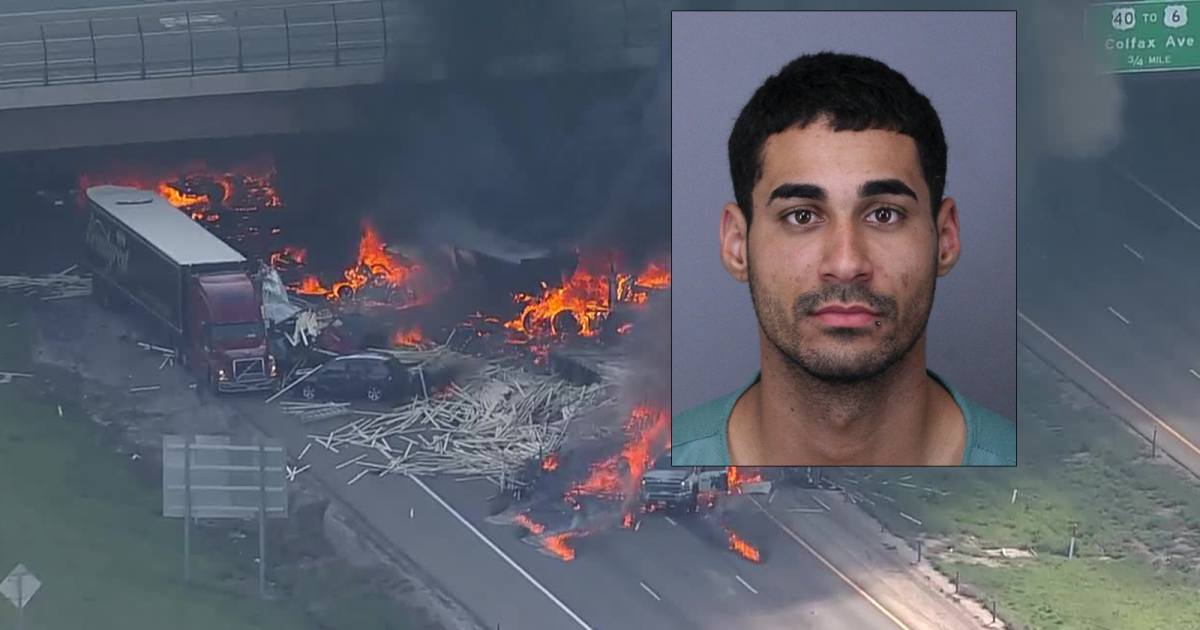 GOLDEN, Colo. – The truck driver in the deadly Interstate 70 crash in Lakewood in April pleaded not guilty in the case on Thursday, and his attorney tried to enter a motion to disqualify the prosecutors on the case.

Rogel Lazaro Aguilera-Mederos, 23, of Texas, faces 40 counts in the fiery wreck, which killed four people and injured many others on April 25. Aguilera-Mederos, a U.S. resident from Cuba, was driving a semi carrying lumber eastbound on I-70 in Lakewood when the crash happened.

Aguilera-Mederos’ attorney, Rob Corry – who has been arrested three times in unrelated incidents this year and whom prosecutors have tried to sanction over his comments to media about the case – attempted to enter to the motion Thursday morning to remove the prosecutors from the case. The judge denied the request and told Corry that they would have to discuss the matter in the future and that Aguilera-Mederos needed to enter a plea.

The judge set Aguilera-Mederos’ trial date for May 1, 2020. A motions hearing is scheduled for Feb. 14.

Witnesses have told police that Aguilera-Mederos’ truck, before the crash, had been speeding around the Genesee exit and even forced a pickup truck off the road at one point, according to the affidavit. Despite the high speed, the driver did not use any emergency runaway truck ramps, witnesses said.

Aguilera-Mederos would later tell police he lost control of the semi after noticing his brakes were failing, but claimed he was only traveling 45 mph at that time. Police reports show he was actually travelling closer to 80 mph.

As he neared the Colorado Mills area, out of a fear of rolling over, he tried to maneuver the truck to the right shoulder and avoid the stopped traffic, but saw the shoulder was blocked by another semi, according to the affidavit.

Aguilera-Mederos then swerved back into lanes of slow traffic from a previous crash, closed his eyes and crashed into 28 other vehicles, including four semis.