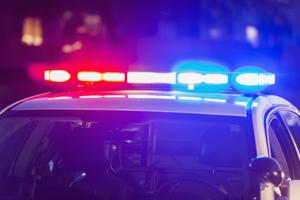 A truck driver was injured in a hit and run Wednesday on Interstate 25 when he got out to check on a flat tire and was clipped in the face by a passing vehicle’s mirror, Colorado Springs police said.

The man, whose name was not released, was taken to a hospital with nonlife-threatening facial and head injuries, police spokesman Lt. James Sokolik said.

The driver of the moving van pulled over on the side of the interstate near the Uintah Street exit north of downtown about 12:40 p.m.

The vehicle that struck the man failed to stop, but was found later and the driver was ticketed, according to Sgt. Jeffrey Maxson.

Speed and impairment are not considered to be factors.