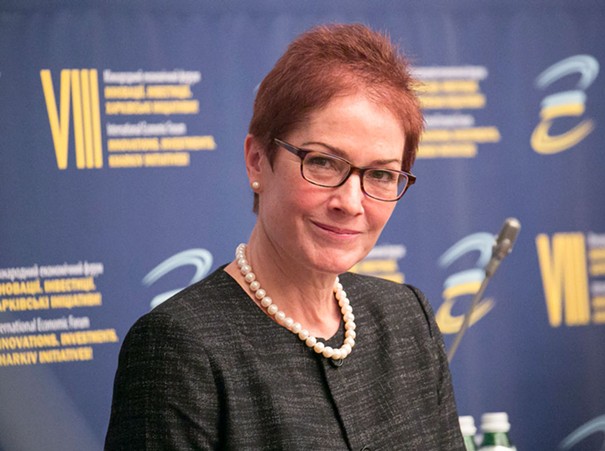 Donald Trump stole the impeachment show Friday, which was, in any case, less about impeachable offenses than it was about the level of presidential thuggishness that has made an impeachment inquiry necessary.

After all, this impeachment inquiry is centered on Trump’s attempt to intimidate Ukraine President Volodymyr Zelensky — by withholding $390 million in critical military aid — in order to force him to publicly announce an investigation of Joe Biden and of the debunked conspiracy theory that Ukraine, and not Russia, was at the heart of the 2016 political hackery.

According to reports, Zelensky had given in and had agreed to go on CNN — just days before the whistleblower report landed. Thanks to the report, Trump had to back down and actually hand over the congressionally approved taxpayer money to Ukraine, effectively taking Zelensky off the hook. But not Trump.

We already know the plotline here. We’ve read the whistleblower’s report and the July 25 rough transcript of the Trump-Zelensky call, watched the many TV appearances of Rudy Giuliani basically admitting to running the scheme, saw Mick Mulvaney admitting (and then insisting he wasn’t admitting) to Trump’s quid pro quo and on and on. And there will be more witnesses, some of them first-hand witnesses, who defied Trump’s order not to cooperate with the committee — all of them braver, apparently, than tough guy John Bolton.

And though the committee won’t hear from Mulvaney, Giuliani, Bolton or Mike Pompeo, it did receive an unexpected bonus appearance Friday as Trump himself showed up (OK, off camera) to remind us again that playing the bully is what he does best. It was shocking — not for what he said, of course, but for when he said it.

Marie Yovanovitch, the Trump-recalled ambassador to Ukraine, was the witness of the day. She had just finished her opening statement, a recitation of how Trump had “devastated” her in his July 25 phone call, how Secretary of State Pompeo had abandoned her out of fear of a Trump reprisal, how Giuliani and his Ukraine buddies had launched a smear campaign against her, how the present Washington dysfunction and corruption have served to weaken our standing in the world. If you wonder how well Yovanovitch’s testimony went over, she got a rare committee room standing ovation when the day ended.

She told the committee the affecting story of how she had been recalled — a month after being asked by the State Department to extend her assignment in Ukraine for a year. She got a 1 a.m. call in which she was ordered to take the next plane back to Washington.

Earlier that night, she had hosted a dinner for a murdered anti-corruption activist, Kateryna Handziuk, who had been splashed with sulfuric acid outside her home. She would die after 11 surgeries at age 33. And now the corruption in Ukraine was leading to Yovanovitch’s recall.
“How,” Yovanovitch asked, “could our system fail like this? How is it that foreign corrupt interests could manipulate our government?”

How indeed? Well, here’s Trump’s response, which he tweeted as he watched the hearings on TV: “Everywhere Marie Yovanovitch went turned bad. She started off in Somalia, how did that go? Then fast forward to Ukraine, where the new Ukrainian President spoke unfavorably about her in my second phone call with him. It is a U.S. President’s absolute right to appoint ambassadors.”

Unfortunately for Trump, Rep. Adam Schiff was in the midst of questioning Yovanovitch when he was told of the tweet, which he read in real time on national TV for everyone, including Yovanovich, to hear. (And, of course, it was Trump who trashed her. Not Zelensky.)

She called it a threat. Schiff said it sounded like witness intimidation and later said it could play a role in whatever articles of impeachment we can eventually expect to see.

Even on Fox News, they were calling Trump’s tweet a terrible mistake. And the Republicans who would go on to question Yovanovitch nearly all praised her 33 years in foreign diplomacy, thanked her (as all politicians must) “for her service,” and effectively contradicted Trump, who seemed to accuse her of the turmoil in Somalia (she was 28 when she went there) and failed to recognize that she had served in more than a dozen posts, five of which were hardship posts.

Even for the stable genius, this was not exactly a brilliant move. But we have come to expect that.
On the call with Zelensky, Trump had said that Yovanovitch was “bad news” and added, “She’s going to go through some things.”

Yovanovitch said she couldn’t help but wonder what those things might be. She said when she heard the transcript of the call, she “had a physical reaction. Even now, words kind of fail me … It didn’t sound good — that the president of the United States would talk about any ambassador like that to a foreign head of state. And it was me. I couldn’t believe it.”

The day would only get worse for Trump. Roger Stone was convicted on counts of lying and witness tampering. In Wednesday’s hearing, we had learned from Bill Taylor, the acting Ukraine ambassador, that at least one of his aides (the count is now apparently up to three) had overheard a phone call from EU Ambassador/Trump donor Gordon Sondland to Trump, in which Trump had asked if Zelensky was ready to cooperate. Aide David Holmes testified about the call behind closed doors Friday.

CNN got hold of the opening statement, in which Holmes said, “Sondland told Trump that Zelensky ‘loves your ass.’ I then heard President Trump ask, ‘So, he’s gonna do the investigation?’ Ambassador Sondland replied that ‘he’s gonna do it,’ adding that President Zelensky will do ‘anything you ask him to.’”

He also said Sondland later told him Trump was only interested in the “big stuff” — like investigating Biden. Like all America, I’m waiting for Trump’s big-stuff, loves-your-ass tweeted response.

This article first appeared in The Colorado Independent.