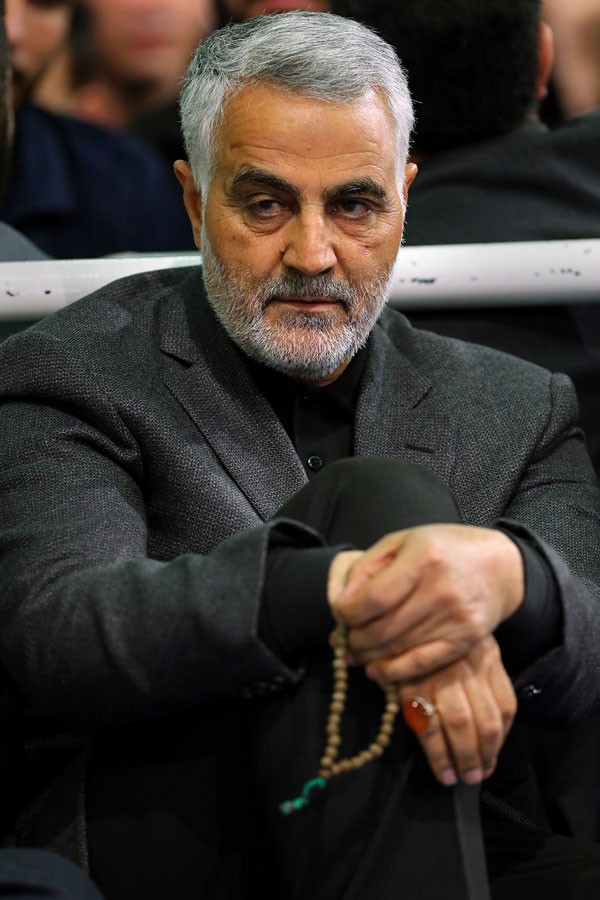 Let’s begin with the obvious. Two things: Donald Trump has put us on the path of a possible catastrophe, and Donald Trump is the one now charged with heading off this very real chance of catastrophe. God help us.

This would be the same Donald Trump who can’t be trusted to tell the truth about the path of a hurricane much less about the decision to go to war, or near-war, or however you’d describe the present situation.

And in case you’ve forgotten, it’s also the same Donald Trump who walked away from the Iran nuclear deal because, well, it was Barack Obama’s nuclear deal. You can make a reasonable argument that if Trump hadn’t walked away, we would not be in this fix.

And, yeah, it’s the same Donald Trump who tells us he knew the war in Iraq was a disaster from the beginning — although that may not be quite true — and now tells us that we’re not on the brink of disaster in Iran.

How’d we get here? The way it looks, Trump’s decision to kill Iranian Gen. Qassim Suleimani, inarguably a leading force of terrorism in the region, was done basically unilaterally. Trump consulted few members of Congress. It’s not clear he consulted any NATO allies, although Israel was apparently warned. According to the Daily Beast, though, he was giving broad hints to the patrons at Mar-a-Lago.

The Trump administration is framing the Iran crisis as the killing of a terrorist who, they say, had planned a series of attacks on Americans as a shadow war between America and Iran was escalating. It was a defensive move, Trump said, designed to stop a war, not to start one. This is what they say.

But whatever else Suleimani was, he was more than just a terrorist. He was a high-ranking Iranian official, meaning Iran has little choice but to retaliate for his death. And he was killed in Iraq, complicating Iraq’s relationships with both Iran and America.

And now we face the risks unknown. Or as George Packer, who has extensively covered the wars in that region of the world, writes in The Atlantic: “We don’t know how to think about a war with Iran, let alone win one, and it’s not at all clear why we should try. For this reason, killing Soleimani was a blunder — briefly satisfying, possibly catastrophic.”

Yes, there will be repercussions. As we wait, we can only guess how Iran will retaliate and when and in what measure. While Trump was saying how proud he was to bring to an end Suleimani’s “reign of terror,” it’s pretty obvious that the terror and Iran’s proxy wars throughout the region won’t end with Suleimani’s death. There may be disruption, but someone will take over his role.

More immediately, we’re left to wonder if Iran’s supreme leader is savvy enough to retaliate in a way that won’t force an out-of-control escalation. For that matter, is Trump savvy enough? Who would you bet on? As Max Fisher writes in The New York Times, “In a sense, both sides have already lost control: It’s not as if the United States wanted its Baghdad embassy stormed or Iran wanted its Quds Force commander killed.”

That is where we find ourselves, in what the TV commentators were repeatedly calling “uncharted territory” and what Iran must see as an act of war. We can expect that Congress will remain divided as to how to proceed. Cory Gardner has already offered his support for the move. Chris Murphy, Democratic senator from Connecticut, called the killing an execution. We can expect that at least half the country will remain skeptical. Internationally, we’ve already seen Russia condemning the act while NATO allies call for restraint.

There’s much we don’t know. In a brief appearance before the microphones to explain the move, Trump praised America’s intelligence operations — yes, the same intelligence he routinely dismisses — and said that if Americans are threatened “we have all those targets already fully identified, and I am ready and prepared to take whatever action is necessary.”

That can’t be true, of course. If, as Secretary of State Mike Pompeo has said, Suleimani had prepared “imminent” attacks targeting Americans, forcing the president’s hand, it has to be just as true that Iran is capable of changing targets. And it’s not only Americans who are endangered, but American allies. The world is rattled, as it should be.

What we do know is that Trump has rejected the strategy of George W. Bush and Barack Obama, who both determined it was more dangerous to kill Suleimani than to leave him alive, knowing that Iran would retaliate. If it’s any consolation, I guess we’ll find out eventually who was right.

Here’s how Trump sees it: As an official from the State Department, talking on background, told reporters, “This was an act of de-escalation.”

This strategy is known in the craft, as I just learned, as “deterrence by escalation.” But you’re hard pressed to find experts who think it will work that way. The State Department has suggested all American civilians leave Iraq immediately while the Pentagon is apparently sending an additional 3,500 troops there. Does that sound like anyone expects de-escalation?

As cited in a Vox piece, Lindsey Cohn, a professor at the Naval War College, says “Deterrence by escalation usually doesn’t work. It’s a classic form of underestimating the adversary. Iran can’t win a conventional war with the U.S., but it can certainly impose costs.”

There is a theory among the more cynical Trump critics that the basis for this escalation can be found in Trump’s remarks dating back to 2011 and 2012 in which he predicted on multiple occasions that Barack Obama would start a war with Iran as a way to help him win re-election.

Meanwhile, Trump has been impeached in the months before his re-election bid. Anyone see a link here? As they like to say on Twitter, with Trump, there’s always a tweet.

I don’t see how a war in Iran would help him, any more than it could have helped Bill Clinton when, amid his impeachment process, America bombed Iraq and Clinton was accused of wagging the dog. Clinton was impeached two days later. And Trump is still Trump and, yes, protected by his GOP enablers.

And, personally, I’m much less interested in Trump’s motivation for bringing us to this crisis point than I am in hoping — OK, very much against hope — that Trump can successfully find a way out.