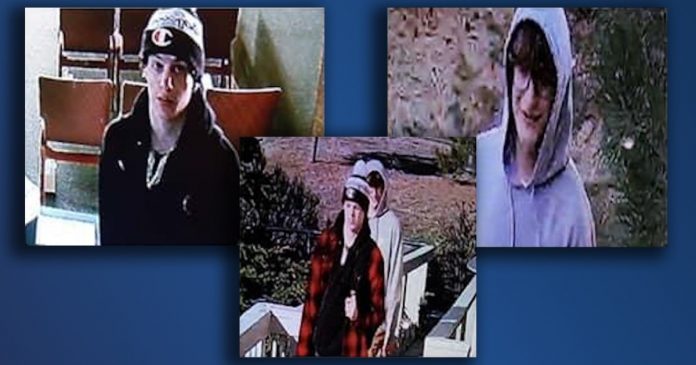 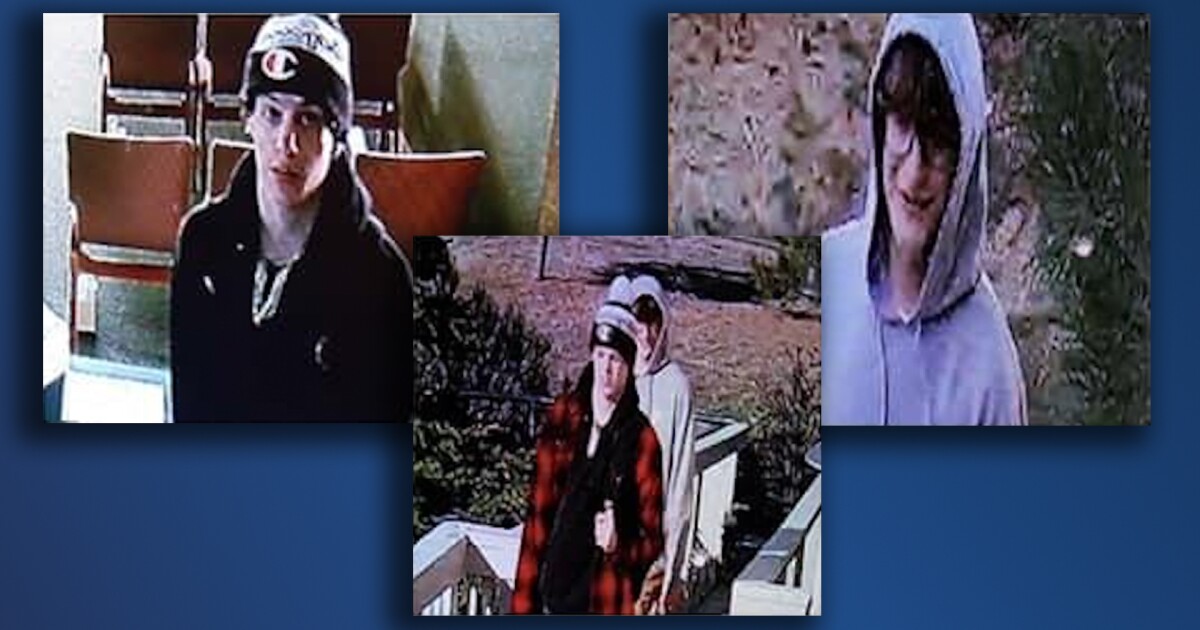 ELBERT COUNTY, Colo. — Authorities in Elbert County are searching for two suspects accused of vandalizing the inside of the church with hate signs and unplugging the building’s security system.

On Saturday around 9:52 p.m., deputies with the Elbert County Sheriff’s Office responded to the Son Country Community Church, located at 7114 Sun Country Drive in Elizabeth, on a report of a burglary.

When deputies arrived, they found that a window in the church had been broken with a large rock and the inside of the church was vandalized with hate signs and a fire extinguisher, the sheriff’s office said.

The suspects unplugged the church’s security camera system, but several images were captured before it was deactivated, the sheriff’s office said.

The sheriff’s office said the two suspects walked up to the church on Friday around 6 p.m.

The investigations division is asking for the public’s help identifying the suspects in the above photos. Anybody with information is asked to call Sgt. Jonathan Rollf with the Elbert County Sheriff’s Office at 303-805-6102, use the tip line 303-805-6111, or email crimetips@elbertcounty-co.gov.