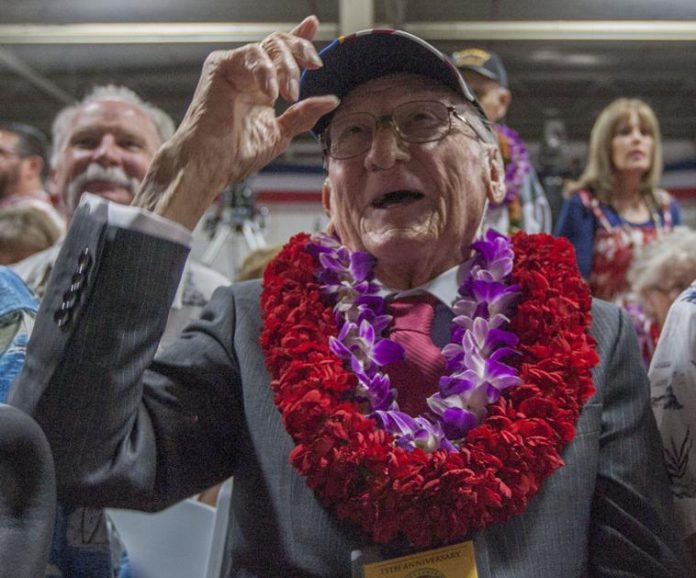 Stratton, who survived burns over two-thirds of his body when the USS Arizona exploded amid the Japanese attack on Pearl Harbor, died at home Feb. 15 at 97. He had been in failing health since contracting pneumonia in October.

The flag is headed to Colorado Springs from El Paso, Texas, via Denver, according to a Wednesday news release from The Honor Network, which oversees the flag.

Stratton’s memorial service will be at 10 a.m. Saturday at Rocky Mountain Calvary Chapel, 4285 N. Academy Blvd. The service is open to the public, and attendees are asked to wear Hawaiian shirts; red, white and blue; USS Arizona apparel; or service uniforms, according to a PR firm that represents the family.

Stratton will be buried at 11 a.m. Monday at Red Cloud Cemetery in Red Cloud, Neb., according to the firm.

The Honor Flag has traveled millions of miles since Sept. 11, 2001, from Iraq and Afghanistan to outer space and the memorial services for thousands of service members and first responders.

The Gazette’s Tom Roeder contributed to this report.