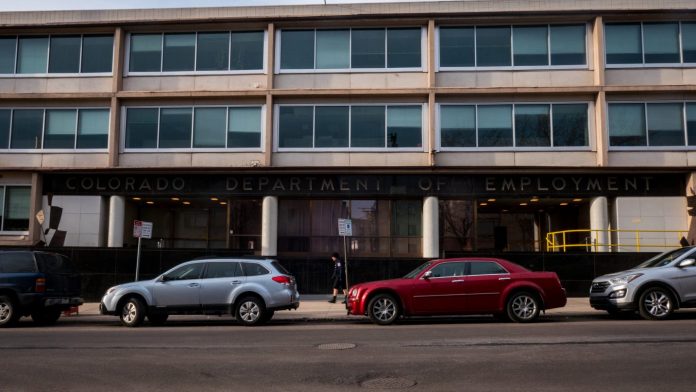 It will take two to four weeks for the state to begin distributing new federal unemployment benefits, though it “may be a little sooner” because the state is upgrading its outdated computer system this week, Joe Barela, executive director of Colorado’s Department of Labor and employment, said in a surprise visit during a call with reporters on Tuesday.

The programs will roll out in phases, Barela said. “Most likely, the Federal Pandemic Unemployment Compensation, which is the additional $300 a week, will be the first program we roll out once we have that programmed and ready to go.”

That’s a relief to a half-million Coloradans who are in the state’s unemployment system. Many saw their benefits end on the day after Christmas, when the CARES Act expired and stopped paying federal benefits to self-employed and gig workers and to tens of thousands of Coloradans who had used up their regular state unemployment benefits.

The new federal COVID relief plan, passed Dec. 27, provides up to 11 more weeks for everyone on unemployment, plus an extra $300 a week during those 11 weeks. Once the state’s computer system is upgraded, it still must be programmed to add the federal benefits, which means a chunk of the population won’t be able to get paid until after the update is completed. But those who are eligible will be able to backdate claims to Dec. 27.