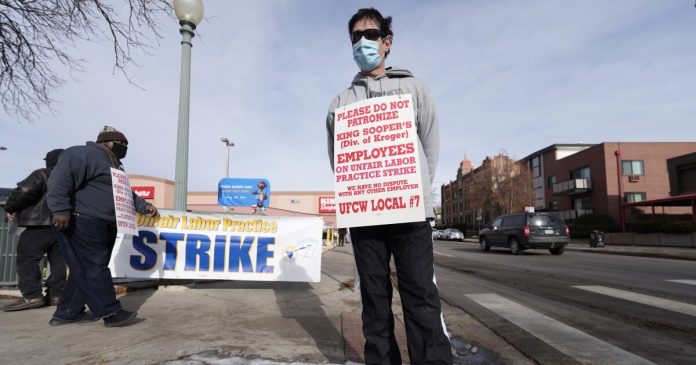 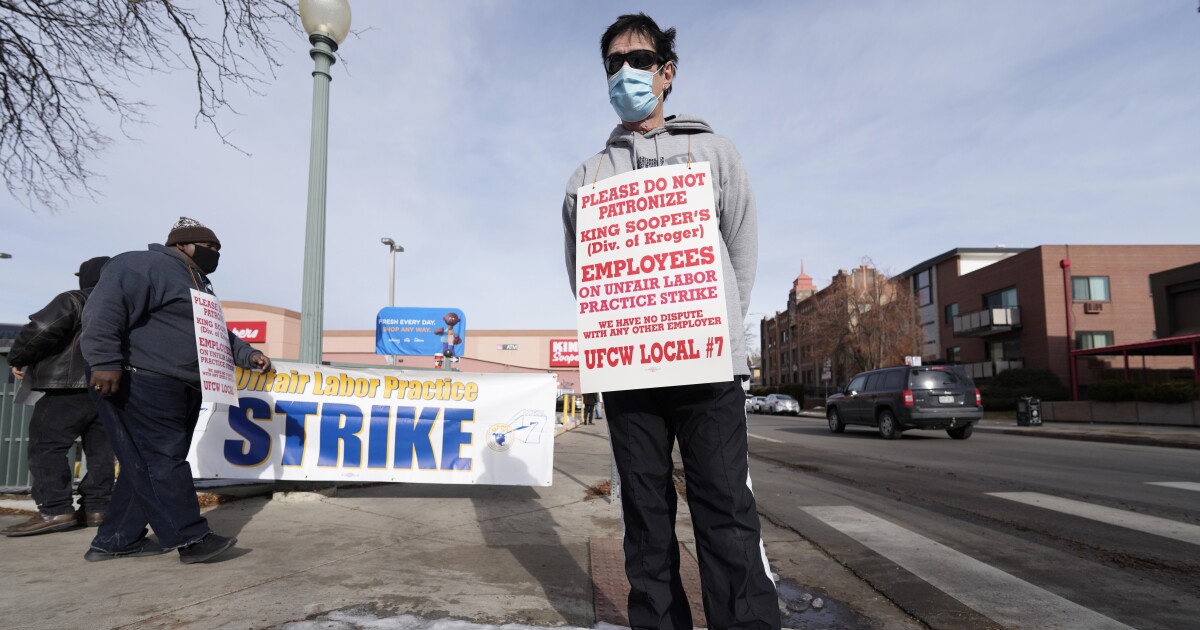 DENVER – The president of United Food and Commercial Workers Local 7 said Thursday afternoon she had sent a letter to the division president of King Soopers saying the union was ready to resume negotiations Friday morning amid a strike for Denver metro union workers.

UFCW Local 7 members who work at King Soopers stores across the metro area went on strike at 5 a.m. Wednesday after the union and company failed to come to an agreement on a new contract and as the union asks for better wages, health care options and more on-the-job safety.

MAP: These are the King Soopers stores that could be affected by the worker’s strike beginning Wednesday

The strike involves more than 8,400 UFCW Local 7 workers at more than 70 locations across the Denver metro area. The union decided it would strike after authorizing one last week and after UFCW Local 7 President Kim Cordova said Tuesday the final offer from the company did not meet the union’s expectations.

Several King Soopers stores Denver7 visited Wednesday and Thursday had fewer shoppers than normal, and some people showing up just to support the striking workers without crossing the picket line.

The company has brought in workers from out of state and has been hiring online over the past week to try to fill in for the workers who are on strike. King Soopers pharmacies warned users Thursday they could be reducing hours in the coming days.

Several striking workers talked Wednesday about their struggle to get what they believe is a fair wage despite years of work. The company said Tuesday the final offer included increasing the starting pay to $16 an hour and ratification bonuses of $2,000 for employees with less than 10 years of service, and $4,000 for workers with 10 or more years of experience, among other things.

At a rally on Thursday afternoon, Cordova said King Soopers Division President Joe Kelley had only spent nine minutes at the bargaining table and had brought it other negotiators instead. But she said the union was prepared to go back to the bargaining table at 11 a.m. on Friday and had sent a letter to Kelley.

UFCW King Soopers workers who are on strike are holding a rally near the store on Leetsdale. Union President Kim Cordova is calling out King Soopers President Joe Kelley saying his only spent 9 minutes at the bargaining table. #Denver7 #strike pic.twitter.com/UToY6KiU3d

“In order to have a productive discussion, we have requested the attendance of King Soopers/City Market President Joe Kelley,” Cordova said in a statement. “…The picket lines will remain up as the bargaining committee negotiates. We remain committed to honoring the near-unanimous vote by Local 7 members to strike against the company for unfair labor practices. And we will continue until the company proves it will treat essential workers with the dignity they deserve.”

Cordova thanked those who have not crossed the picket line and shown support for the striking workers. If the two sides do not come to an agreement, the strike could run until Feb. 2, the union has said.