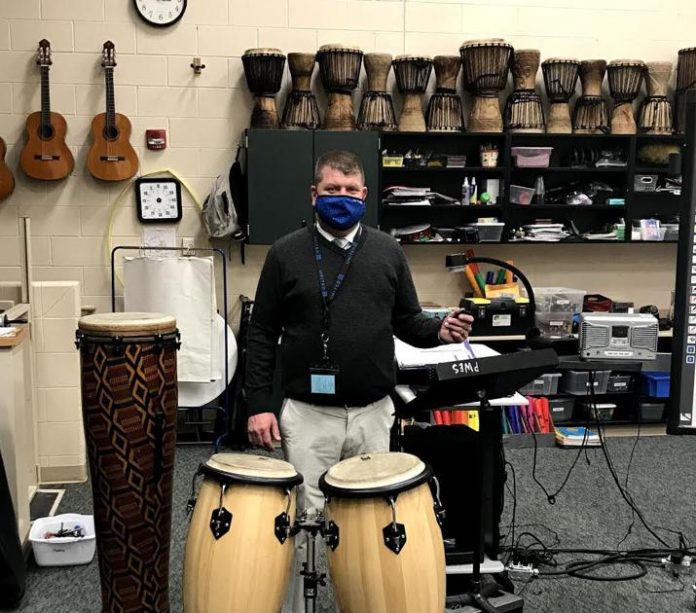 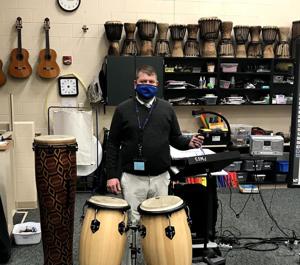 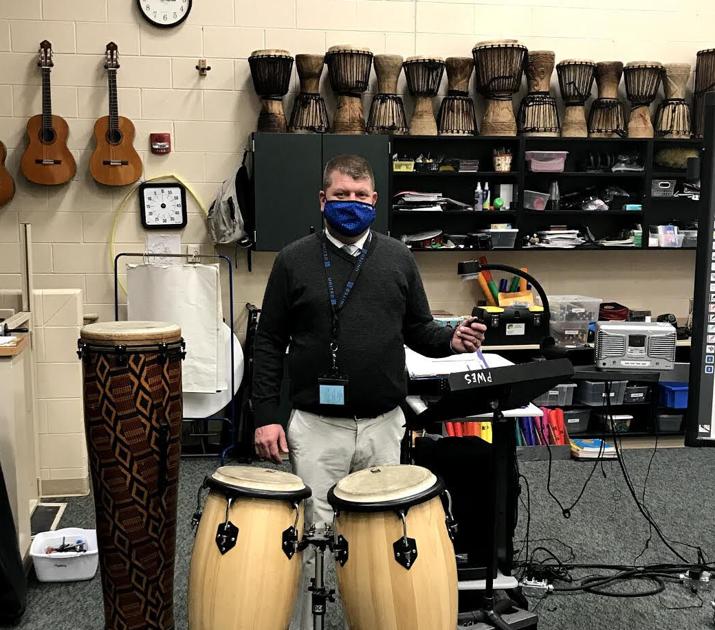 MONUMENT • In the middle of a statewide shortage of substitute teachers, members of the Tri-Lakes community have been asked to step up.

This was the case for Geoff Ashby.

Ashby is father to three Lewis-Palmer School District 38 students. His children attend Prairie Winds Elementary School and are between kindergarten and grade 3. He moved his family to Monument after retiring from the U.S. Air Force with a desire for the children to be educated in the D-38 system.

His full-time job is as a pilot for United Airlines, out of Denver. Prior to the COVID-19 pandemic, he actively volunteered his time to help teachers at Prairie Winds. After the school reopened following the initial round of lockdown, parents and teachers were meeting face-to-face only online and possibly in the student drop-off line and temperature checks at the school, Ashby said.

“I started to ask how do I help this,” he said. As a full-time pilot, the D-38 dad wasn’t looking to fill his spare time with secondary employment, but he wanted to help where he could.

Ashby went to Prairie Winds Elementary principal Alicia Welch asking how he could help the teachers. He found out the way he could be allowed in the building was as an employee, he said.

So Ashby took the necessary steps to get certified with the State of Colorado to be a substitute teacher. He has a master’s in Education from the Air Force, having been a flight instructor and an aviation ground school instructor in the military.

Welch said the school is typically in need of 2-5 substitutes.

With a minimum number of staff on the school property and substitutes harder to find, teachers are having to take on more duties and help each other.

“We try to get coverage for anyone who works directly with students including classroom teachers, specials teachers and paraprofessionals,” Welch said. “Over the course of the past three months, we’ve had trouble obtaining sub coverage 1-3 days per week.”

Since becoming certified, Ashby has been enlisted to substitute some of the specials programs at the school including physical education and music.

“This is the meaningful difference to help the kids in the schools,” he said. “It’s really hard work. I’ve gained a lot of respect for everything the teachers are doing.”

Welch said the higher need for substitute teachers, compared to past school years, is due to the high number of required quarantines. Staff members are also being diligent about not coming to school with any symptoms, which can include common cold symptoms, she said.

“We find a creative way to utilize the staff members at the school to cover the classroom,” Welch said.

Ashby said the other teachers in the building have wrapped their support around him and his efforts to alleviate the substitute shortage.

“At the end of the day, it’s about having the kids feel comfortable. Seeing the kids’ smiling faces is all worth it,” Ashby said. “I never envisioned a time that my education degree which the Air Force got me would be used for teaching at an elementary school.

“I never expected, being a United Airlines pilot, I would have a second job.”

Although it is not routine for United Airlines to allow their pilots to have secondary employment, the airline made a special exception for Ashby, he said.

“They see the need as well,” Ashby said.

Welch said the schools in District 38 can’t function without substitute teachers. She said they are a vital reason staff members can take a day off without having to worry about their students and their learning.

“We have a number of wonderful substitutes in District 38, and we appreciate what they do to keep our school running smoothly,” Welch said.