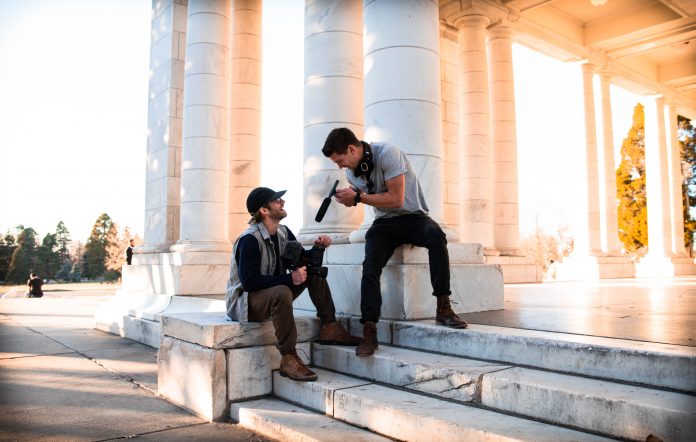 The audiovisual experience is as much a part of how we digest music as the music itself. It doesn’t take much more than to close one’s eyes to visualize an imaginary world of the music’s making. Those tasked with bringing that imaginary world to life, to create something our eyes can collectively devour, are a special breed. One such local duo tackles the audiovisual experience by breaking down the smoke and mirrors of some of our favorite local musicians and showing their raw and unfiltered talents in some of Denver’s most obscure locales. The result is UNWRAPT, the joint effort of videographer and editor Kyle Hilken alongside longtime friend and audio wizard, Mateo Schimpf. The duo, who went from documentary film creators and fanatics in Mexico to bona fide Denver music scene archivists, have a singular goal of connecting Denver with the sounds of the city — diving deeper into the people behind the music.

303 Magazine: How did you come up with the UNWRAPT series?

Mateo Schimpf: So, Kyle and I have known each other for a really long time —  like 15 years — we grew up together in San Francisco. We both went to school up in Boulder and then we were living in Denver together after graduating, both working in totally different fields. I was working in consulting Kyle was working for DaVita in healthcare, and over the course of the year, we decided that we were going to quit our jobs and surf from Mexico to Patagonia. I think we both knew we wanted to make some kind of career transition, but we weren’t exactly sure what it was. So, we were like, ‘why don’t we try doing documentary filmmaking,’ which is something that everyone who’s never done documentary filmmaking, would say right?

So, we bought some video equipment, some audio equipment and we headed down to Mexico and we started getting involved with social businesses — the businesses that were kind of like in the more NGO nonprofit and started doing some video work with them. We ended up spending pretty much the majority of two years down in Mexico, working on documentary films about like immigration and doing stuff around indigenous rights and activism. The time came eventually that we were going to come back to the states and we wanted to continue doing documentary production, but knowing that our comfort zone down there was kind of being the “gringos” making movies down there, we were like, ‘okay, how are we going to transition back into doing this type of work at home?’ Kyle and I are both music lovers and we had fallen in love with Tiny Desk, which hadn’t really blown up yet. So, we got back and were like, ‘this is something we should try — we should try and do this. 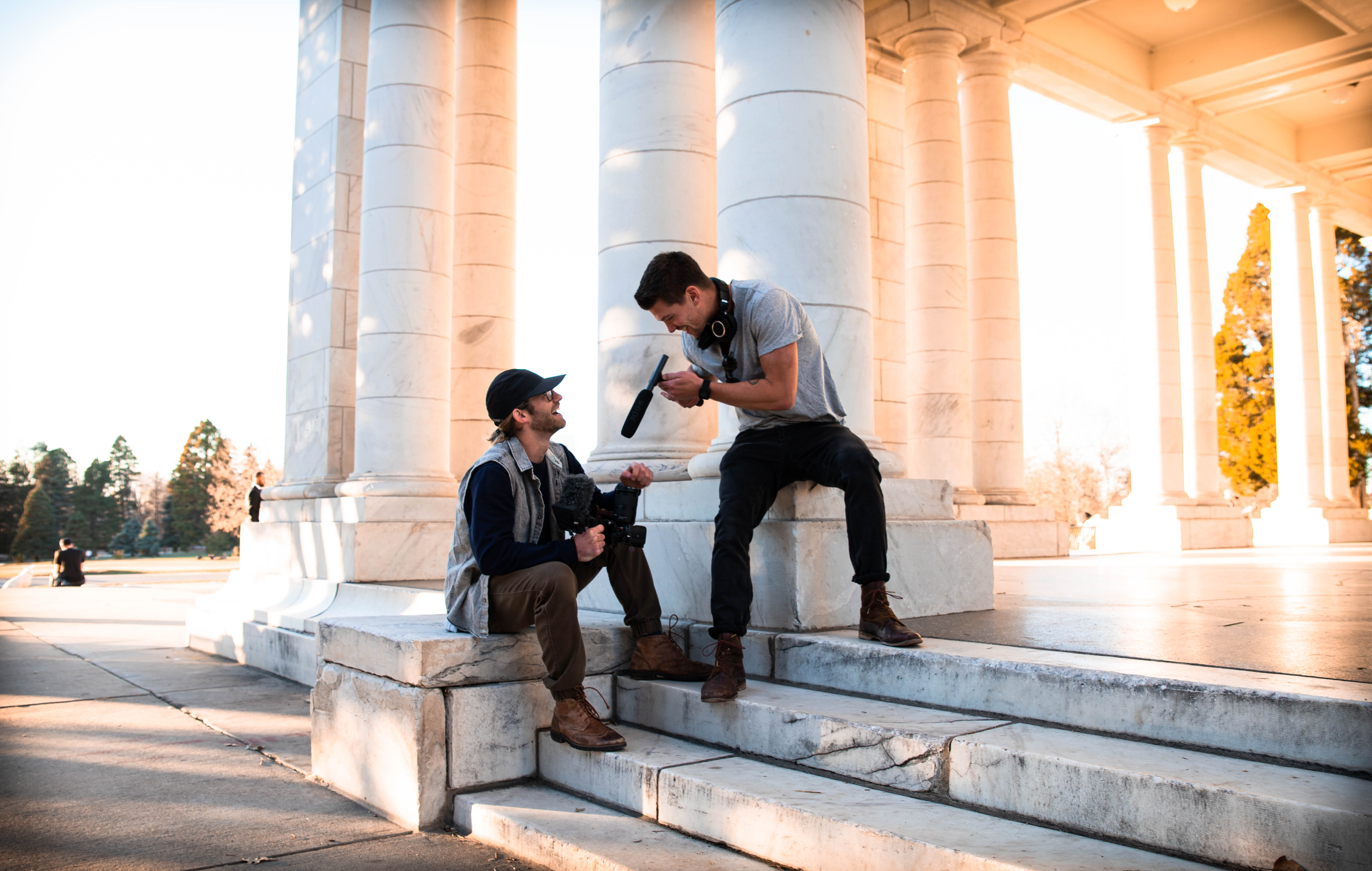 303: What was the biggest lesson you took from living in Mexico?

Kyle Hilken: Just trying to continue to put artists in a space where you can see some of their own personalities and processes behind that and take ourselves out of it too. I think the inclination when we first got started was that we wanted to be involved. I wanted to be interviewing people on camera, in front of them, holding the microphone, and I think we got further along realizing that that’s not where the sauce is. It’s more about letting the subject or the talent carry it and you just helping them. You’re the conduit for that.

303: When it comes to storytelling, how do you guys best do that in a musical space?

MS: I think a lot of that has to do with the musician’s personality. Coming from more of a documentary approach, I fell in love with those moments that were unscripted that weren’t necessarily sound bites, but they were small things that really characterize a person in between  — their mannerisms, the things that make them tick. I think we try and pick up on those things with a performer when we’re with them and then we kind of weave that in with the physical space and then their style of music.

Speaking of a forthcoming collaboration with UNWRAPT rapper Ramond remarked on how transformative the experience was.

“The experience was dope, especially as a rapper. In a day in age where most production is digital, especially in hip-hop music, it’s always refreshing to perform with live instruments. You could feel the synergy in the room between all of the musicians and it brought a new life to the music.  Doing multiple songs with multiple musicians, all in one take pushes everyone to be in sync. At one point, I forgot we were even recording,” said Ramond.

303: How has the pandemic affected how you create videos and how you kept the momentum going?

MS: I think are part of our original concept was to have this product be in public spaces where there could be an actual viewing for them. So, we’d hop into like a coffee shop, or a restaurant, or the post office or the DMV where you have a bunch of people who weren’t expecting to hear music, get to be in tune with the live performance. I think a lot of our thought process was the audience would be a huge dynamic and that gripping visceral audience experience. And now that’s gone. So I think it’s forced us to be more filmmakers — we’re definitely pushing more towards traditional types of music video production where we’re directing traffic a little bit more and incorporating effects and we really have a larger focus on creative concepts. 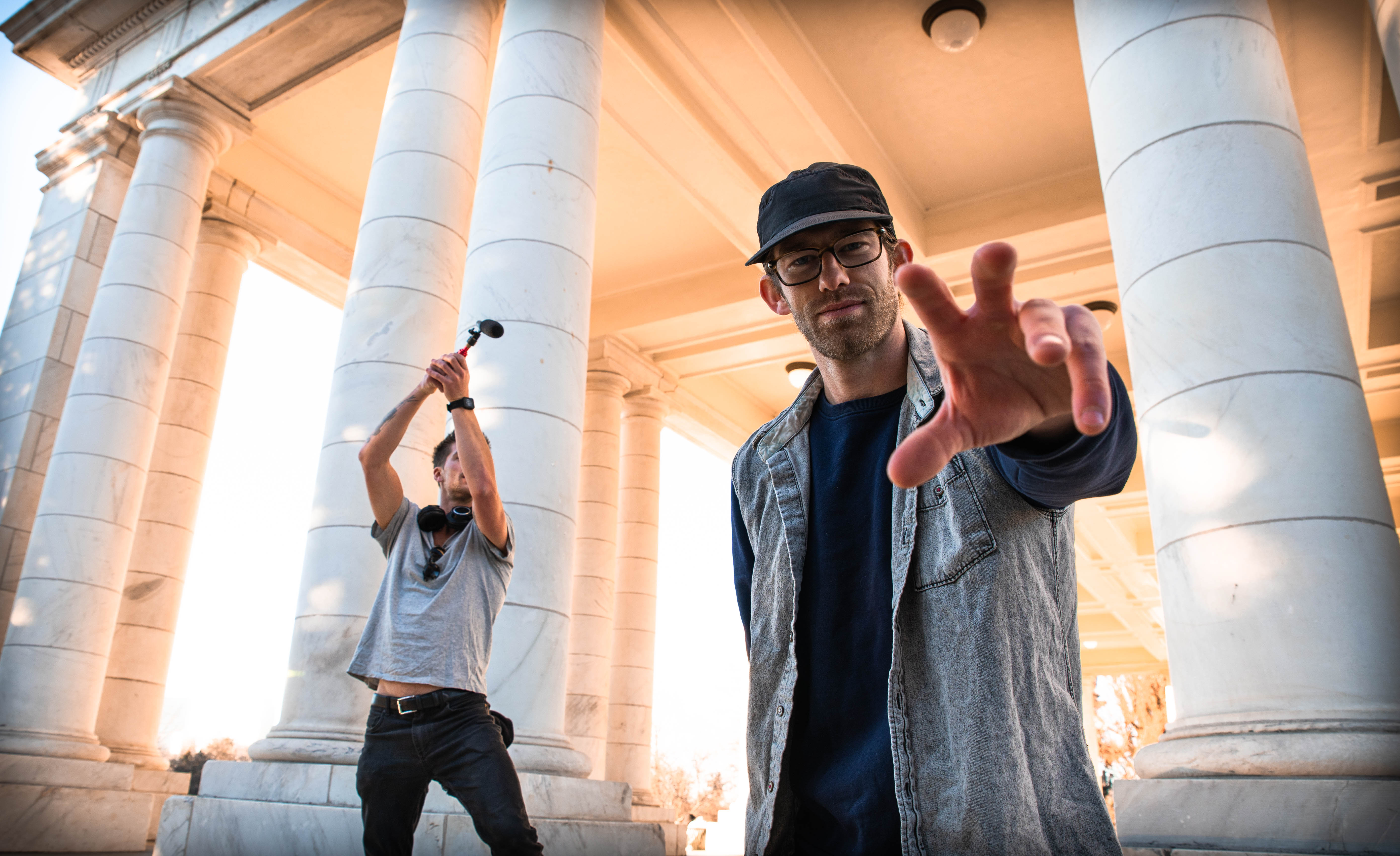 303: To what degree do the locations you choose to shoot play into the execution?

MS: I think that’s one of the things that we’ve learned is the most important part of the sauce for us is like getting the location right and matching that up with the artist. As people who are into documentary filmmaking, we kind of love that weird old archival footage type of thing. We try to pick places that have that kind of vibe that are a little bit rough around the edges — feel like you are in a space that you’re not supposed to be. For a number of reasons, it creates a dynamic where the performers themselves are uncomfortable — that’s something that I think helps create a better product for us, they’re having to put themselves creatively. It also makes the viewer uncomfortable to feel like maybe I shouldn’t be here, but I am. That brings you into the performance maybe more so than having a place where you expect to hear music.

303: What was the most challenging video you’ve guys put together recently?

MS: They all present different challenges. We just came out with one for Lady Denim,  that we shot at the Atzlan Theatre. As a performance space, it was amazing because it is this huge, old, decrepit venue that is beautiful but probably hasn’t been touched since the mid-eighties, so it’s kinda fallen apart. There’s a ton of great creative energy there, but there was also so much physical space. We try and do a lot of singles takes where the artists will essentially do one continuous performance over the span of  12 to 15 minutes, and that’s when we knew we wanted to keep that style. We wanted it to feel like a continuous performance, but we knew we were going to have to break up each song that they performed. 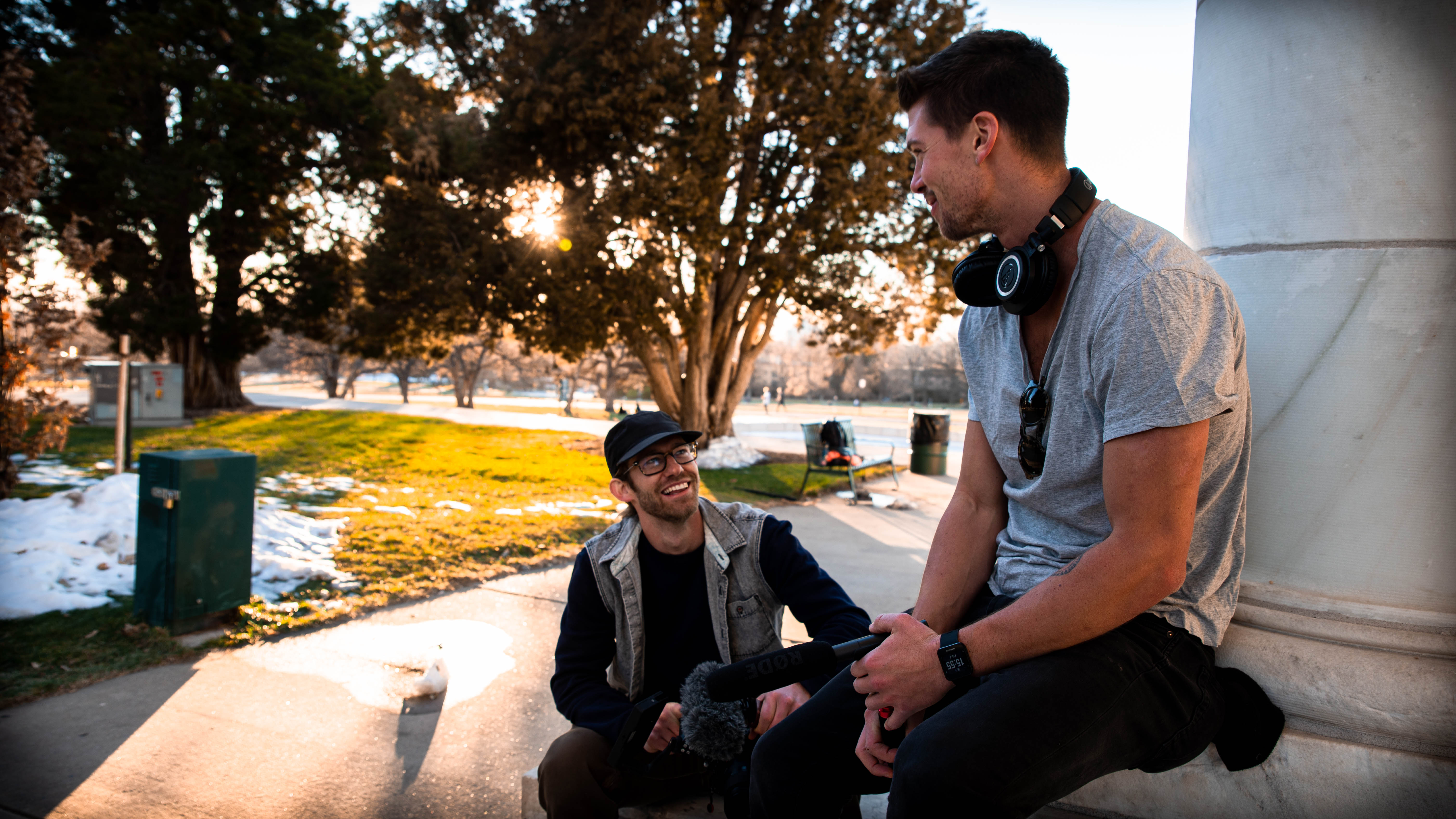 303: Do you have a particularly fond memory from behind the camera?

MS: We did shoot with this local artist Raf Nava, who we shot with at Union Station. And, I don’t know, there are certain artists that pain in their voice that moves you when you hear it. I think like after shooting that one, I was so energized by his spirit. I don’t think we’ll ever really necessarily like do justice to the spirit of the artists themselves, but I was like, ‘man, if we can even capture 25% of that, then that’s fulfilling to me because that was fucking beautiful.

KH: It was Zoe Berman‘s performance at the Molly Brown Museum. We were going down a staircase and I was passing through the railings because the stairway was so tight that I had to get around the corner before she came around the corner. I was just dropping slope as she was coming down, and there were just some of these focus moments that I didn’t even really mean to do, but it kind of sparked this new energy in me to not be scared of letting artists I get out of focus and back into focus — it draws certain sentiments. 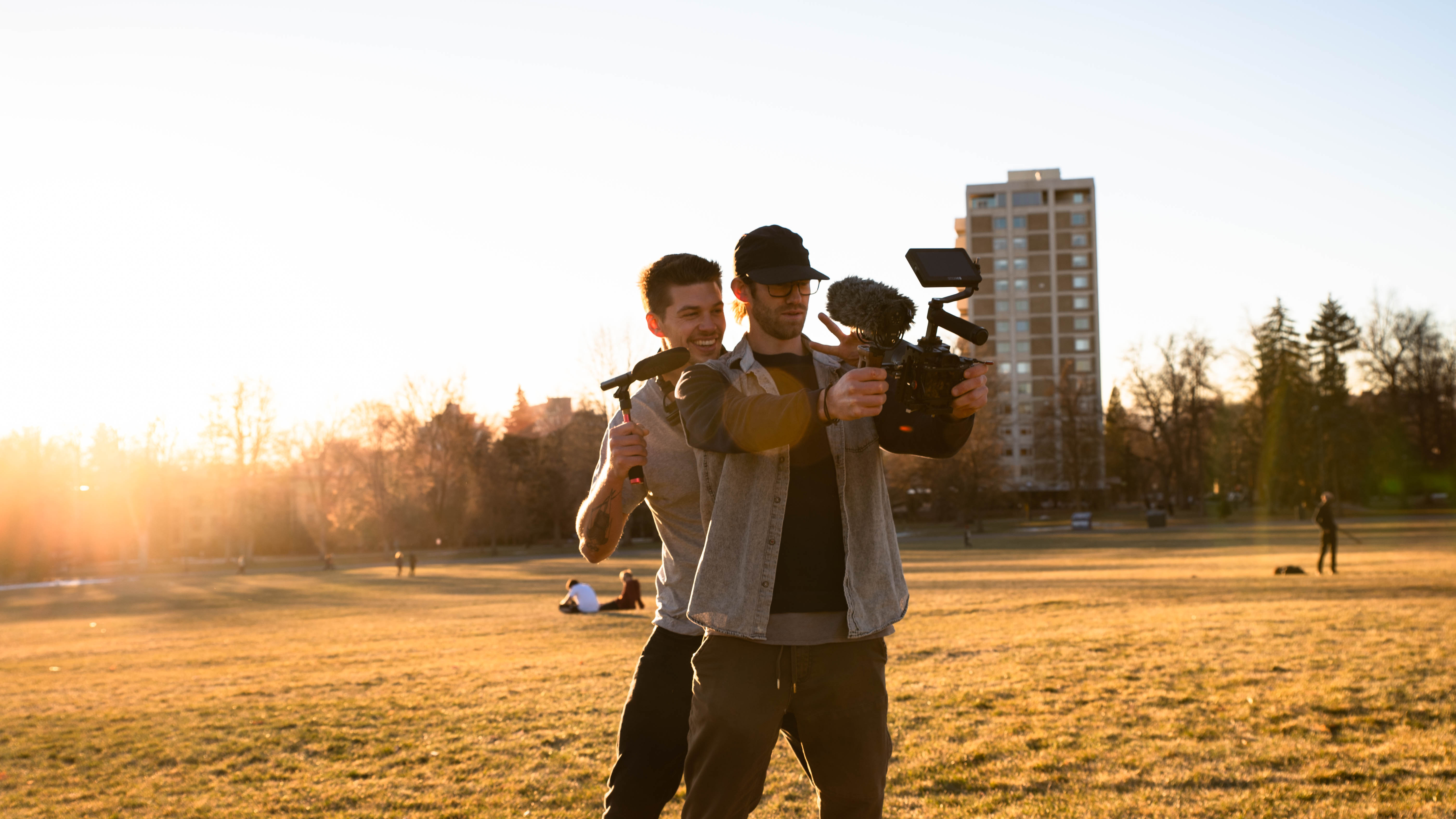 303: When people see your work with UNWRAPT, what do you hope people take away from it?

MS: I think this is probably true with anybody that has any type of art form, but we want people to feel something when they watch our projects. That’s probably the hardest thing to do as a visual artist, and as an audio artist to make someone emotionally moved when they see your projects.

KH: I want people to feel like at the end of the show they learned something about the personality of the artist. There’s so much production that goes into music videos sometimes that you can’t really take away the artist’s true style. I think what we’re hoping to do is capture some of those cool moments with the artists.

All photography by Kori Hazel